In coding, we often use arrays / tensors to represent data. One may think of these arrays as matrices. When we want to make sets of data interact with each other and come to results, we do the same thing that we would in Algebra - we perform operations on the matrices.

Now, we have already established that Python as a language exists only to make our lives easier. So obviously, there is a module in Python that lets us do all kinds of functions on our matrices: NumPy.

Read on to start off with NumPy.

Note: It is recommended that you know basic algebra and matrices in order to understand all the functions.

The first thing we need to do is install NumPy. The only pre-requisite to do this is having Python itself. Now, I personally use pip for installing modules. However, you may also use conda.

For pip run, the following in terminal -

If you are using conda, the command would be -

After this, it is a simple import statement -

And there you go! You have imported NumPy module into your code.

Note: I have imported NumPy and given it the reference variable np to make it easier to run the functions. You may use any other variable name or skip it all together.

From this point on, I will be using IDLE Shell to run commands for the sake of simplicity.

To create the array, we use function array() from NumPy module.

When we run this in shell, Python returns the matrix to us:

As you can see, we only put in the values. Python made the matrix for us on its own.

On many occasions we will be faced with situations where we would want to extract the elements of the array individually. For this, we need to understand how they are numbered or indexed.

Sticking to the example array we created (arr), the indexing would look like this - 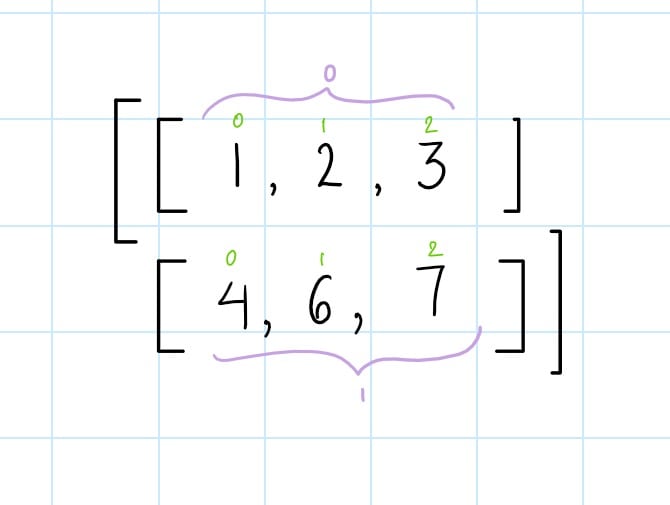 So, if we want to get the element in the 0th row and 1st column, we would run -

We can also find out the dimensions of an array by executing:

This will return a tuple with the syntax (rows, columns). In this case, it would be (2,3).

So, now you know how to install and import the module, create matrices and access elements in it. Follow the blog for part 2 coming very soon.

How to Add ChatGPT to Your Programming Toolkit

Once suspended, crazycodigo will not be able to comment or publish posts until their suspension is removed.

Once unsuspended, crazycodigo will be able to comment and publish posts again.

Once unpublished, all posts by crazycodigo will become hidden and only accessible to themselves.

If crazycodigo is not suspended, they can still re-publish their posts from their dashboard.

Once unpublished, this post will become invisible to the public and only accessible to Crazy Codigo.

Thanks for keeping DEV Community 👩‍💻👨‍💻 safe. Here is what you can do to flag crazycodigo:

Unflagging crazycodigo will restore default visibility to their posts.