After I’d written it – I realised my last post was perhaps not the most useful for those who really don’t care about the how but want to know what to do to use it. So this will follow the same deal as with the last post (over a year and a half ago!! WOW!).

Video version below if you want it:

First – we’ve got to install PowerBI – now, I didn’t sign up for an account, but downloaded it from the PowerBI website, and installing was simple and quick.

We also need to have Neo4j running, and you can use Community or Enterprise, it matters not – and we’ll want to put the ‘Movies’ dataset in there, so run your instance, and execute: 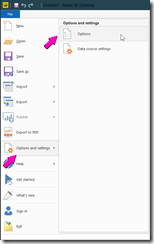 Once there, select the ‘Security’ option, and then under the Data Extensions header select the option allowing you to load any extension without validation or warning: 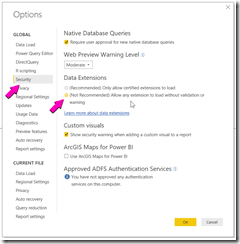 You’ll have to restart PowerBI to get the connector to be picked up – so go ahead and do that now!

Lets Get Some Data!

Now – I know a lot of you will have been excited by the Pie Chart from the last post – now you can create your own!

With a new instance of PowerBI running, let’s select ‘Get Data’ 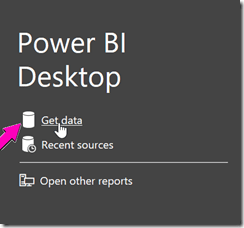 We can now either search for ‘Neo4j’ or look in the ‘Database’ types: 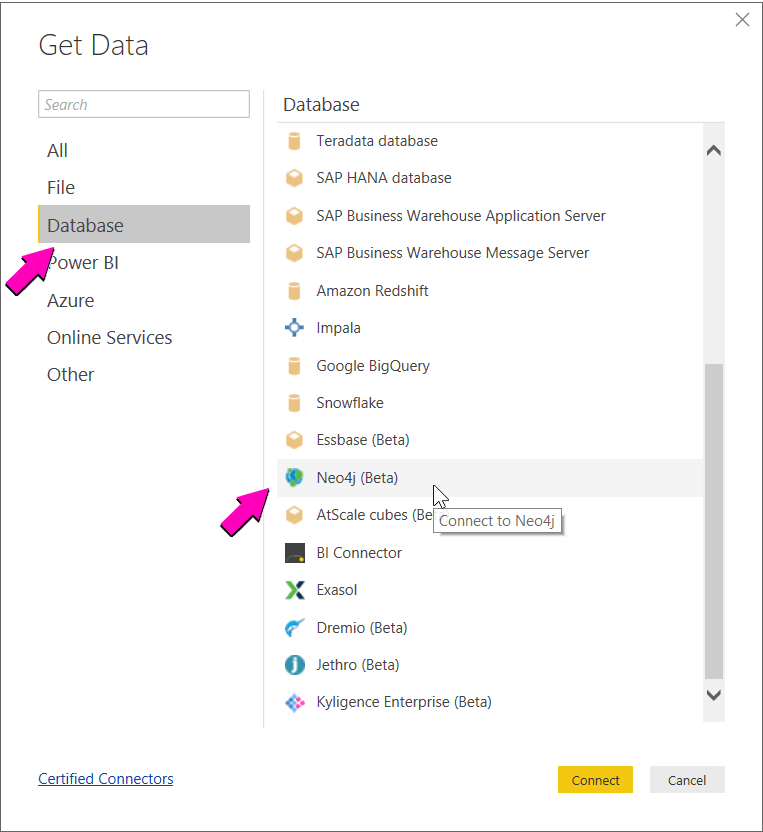 Read it, ignore it – it’s up to you – but this is just to let you know that it’s still in Beta (I mean it’s only had one release so far!) Continue if you’re happy to.

Now you’re given the boxes to enter your Cypher and connection information – the text box for the Cypher field is a single line (ugh) – so if it’s a complicated query – you’re probably best of writing it in Sublime or similar (maybe even Notepad!?!). In this case, we can go simple:

Now, the other settings, if you’re running default settings – you can leave these, but obviously if you need to connect to https instead of http change it in the scheme setting. I’ve filled in my display with the defaults:

When you press OK, you get the Login dialog, _if _you are anonymously connecting, then select Anonymous, else – fill in your username / password.

Press ‘Connect’, and PowerBI will connect to your DB and return you back a list of ‘Record’: 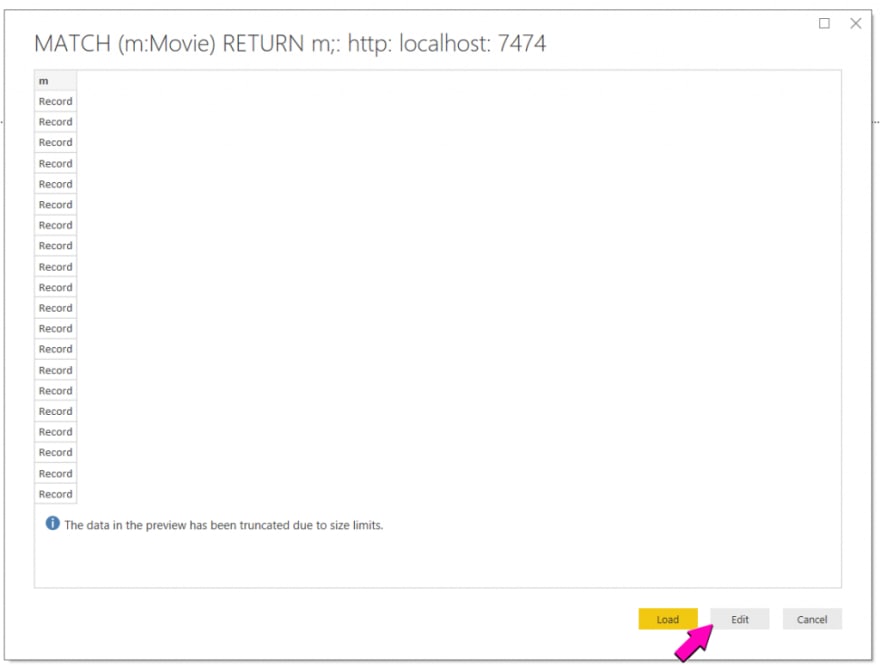 When the Power Query Editor opens press the expand column button at the top of the ‘m’ column: 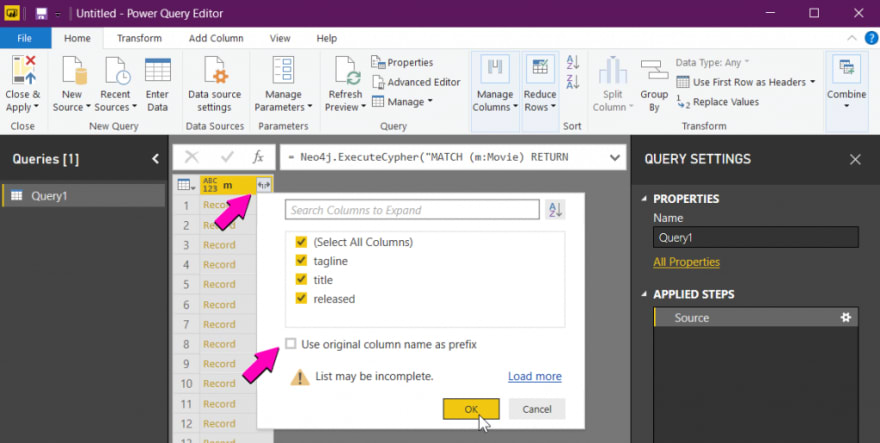 Ooooooh, ‘tagline’, ‘title’ and ‘released’ — our movie properties! For this, I would turn off the ‘use original column name as prefix’ checkbox, leave them all selected and press OK. 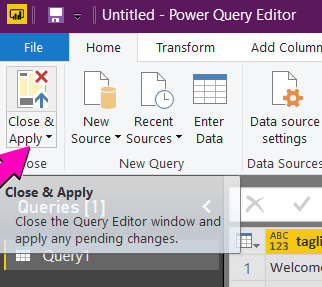 Whilst PowerBI applies it just think of the Pie charts that lie ahead of us:

When that dialog disappears, we’re good to go! On the right you’ll see a ‘Fields’ section, and you should see something like this: 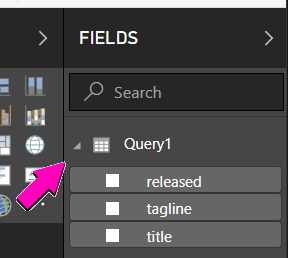 So, the moment we’ve all waited for… 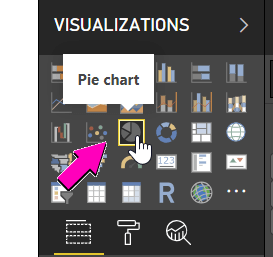 Once it’s in your display – select it and drag the ‘released’ field from the Query1 to the ‘details’ field, and then title to the ‘values’ field: 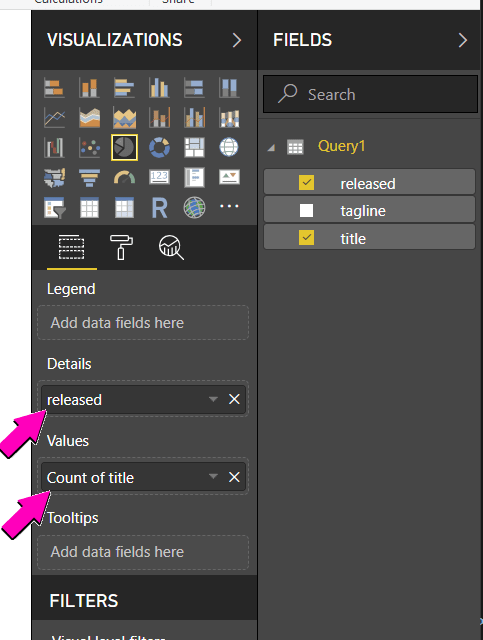 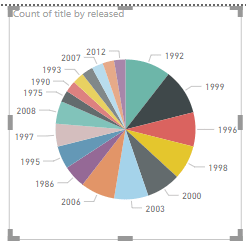 So let’s max size it, and mouse over it, now we can see: 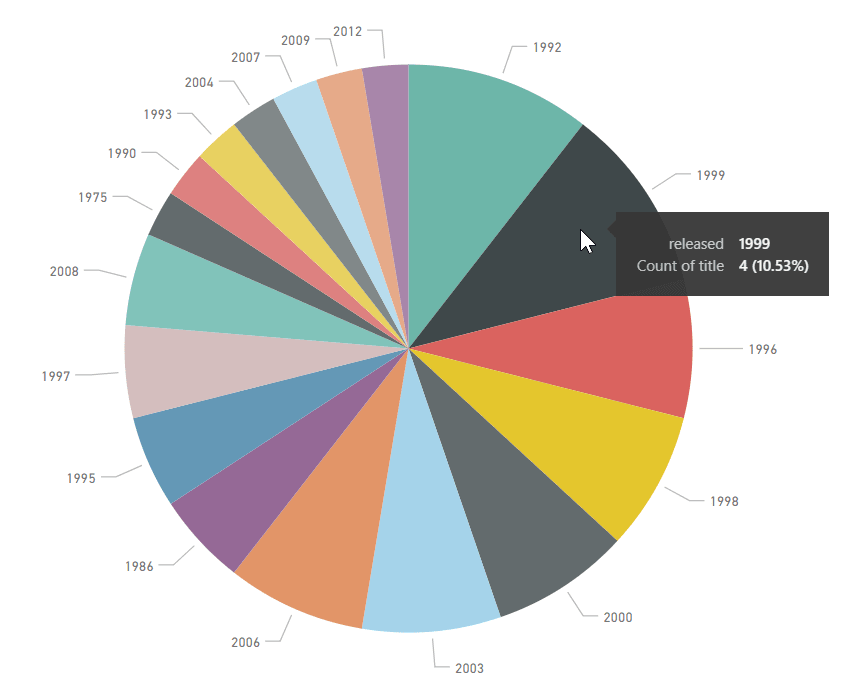 But we can also drag ‘title’ on to the Tooltips field like so to get the First (or last) movie in that group: 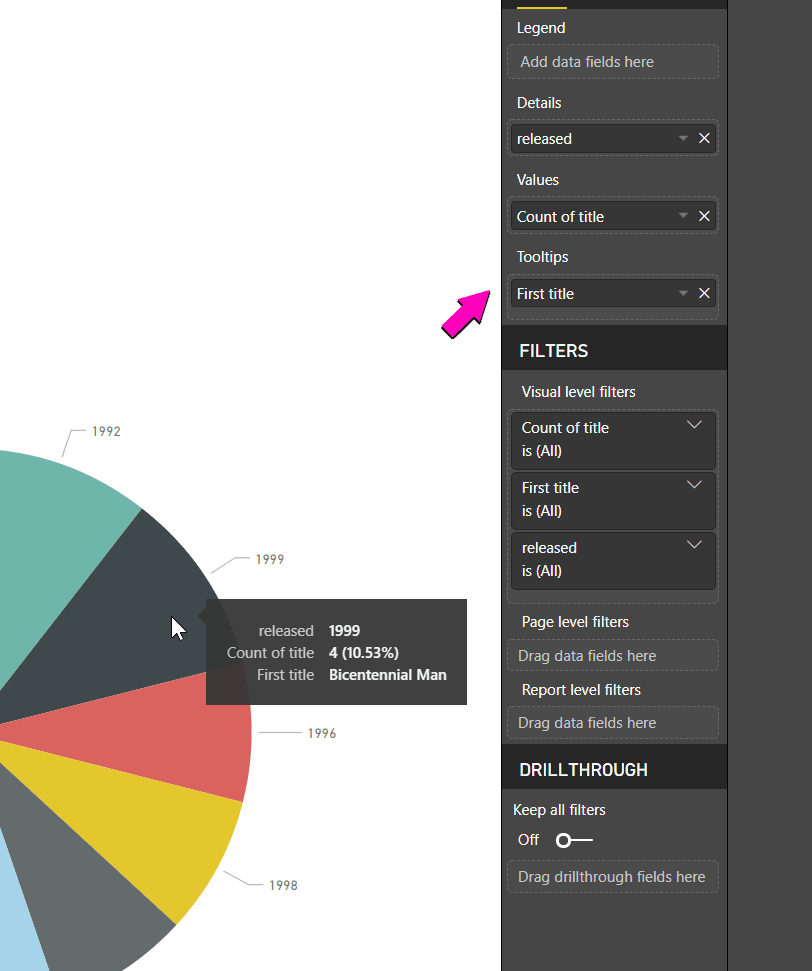 What does a query look like under the covers?

Some of us like visual, some like code, the last time we tried this – our query was 20 lines long – our new query though – that’s just 5!

Which is much nicer.

The Data Connector approach gives a much nicer way to query the database, it strips out a lot of the code we have to write, and hopefully makes the querying easier.

BUT – I am not a PowerBI expert – is this the right way to do this? Are there improvements? Some hardcoded queries we should have there? Let me know – do a PR – it’s all good!

Guide to replacing a laptop with Android: Part 2

The reports of Perl’s death have been greatly exaggerated

Chris Skardon
A bit of a swiss-army-knife-developer
Neo4j 4.0 is around the corner and I want to use SSIS with it. Can I?
#uncategorised #neo4j
Neo4j – SSIS – Connection Manager Love
#etl #neo4j #ssis
Neo4j & NiFi – Getting NiFi Running
#etl #neo4j #nifi