detaching an already running process on a remote server

Suppose you sshed into an instance and began a long-running process but forgot to enter screen (terminal multiplexer) or another technique, and now want to go home. There are two "easy" ways that I do this:

For both of our techniques, suppose the command you're running is ping google.com

1) sshing again, entering screen and reparenting the process with reptyr

Explanation of the programs used:

1) ssh into the instance and run ping google.com 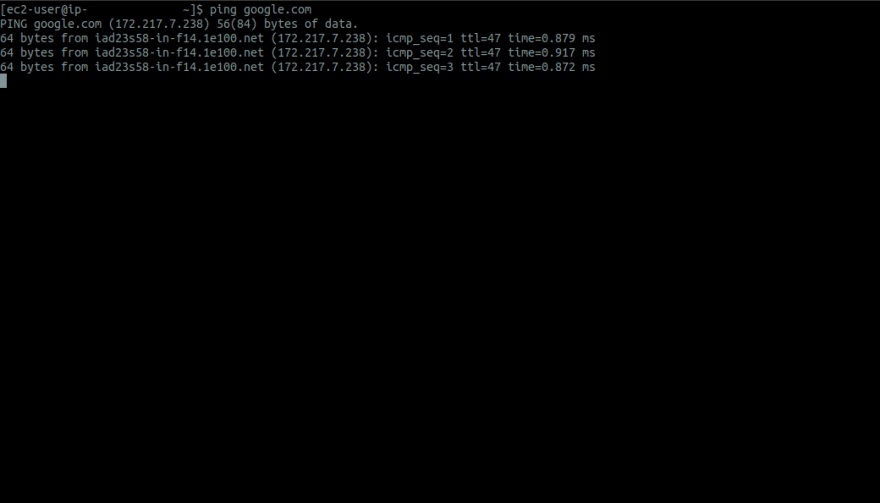 2) ssh again in another session and start screen with screen 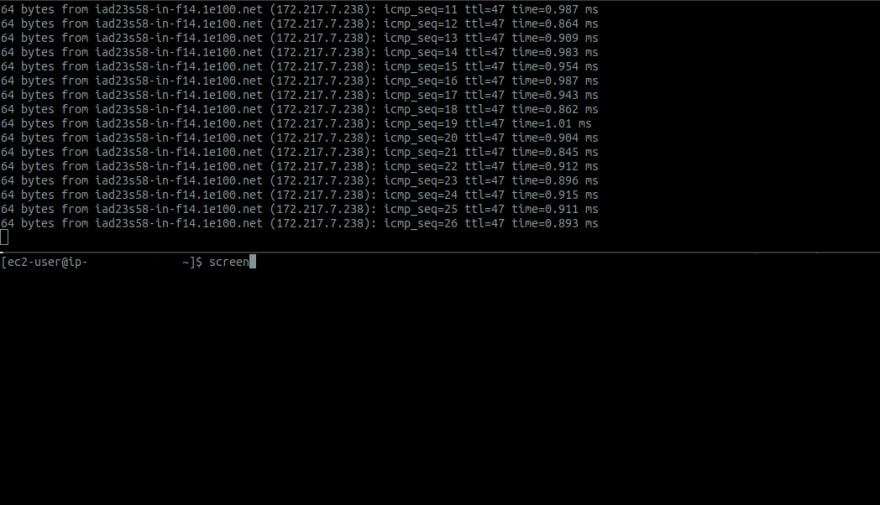 3) fetch the PID of the process running on the other session: ps aux | grep ping google.com 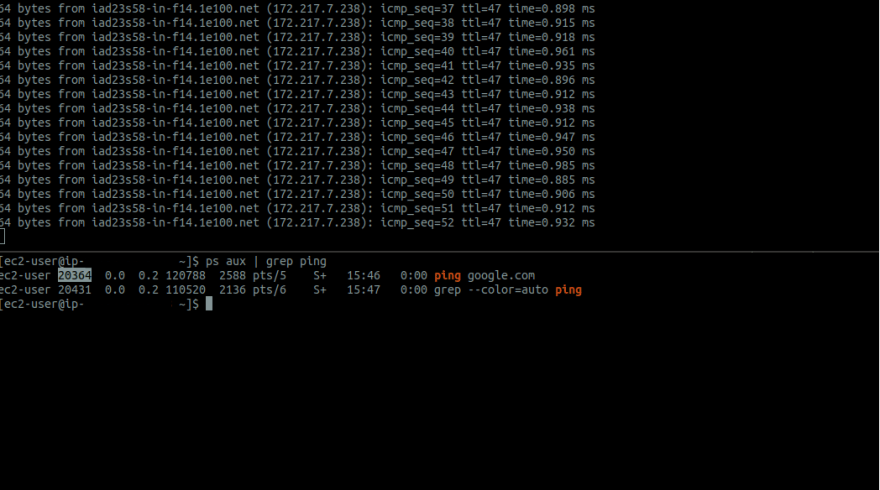 5) exit screen with a Ctrl-A, and Ctrl-D. It will display a [detached] message. 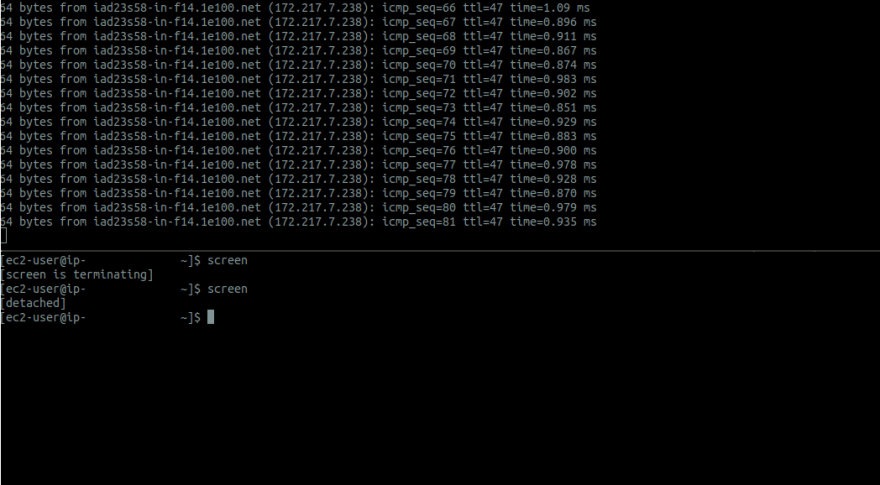 6) the other session that was running the program with be frozen probably, you can just exit it by closing the terminal.

7) done, if you ssh into the instance again, and do ps aux | grep ping. You'll see that it is running.

2) suspending the process (Ctrl-Z), resuming it on the background (bg) and disowning it (disown).

This is a technique without the need for any other programs besides the ones present by default in Linux (Ubuntu, in my case). Here we use the commands provided to control jobs on Linux

The drawback of this option is that it has some downtime regarding the process execution. The interval between resuming the process on the background accounts for that.

1) ssh into the instance and execute ping google.com

2) suspend the process with Ctrl-Z, which will create a job an entry on the jobs table. Check out here the difference between a job and a process 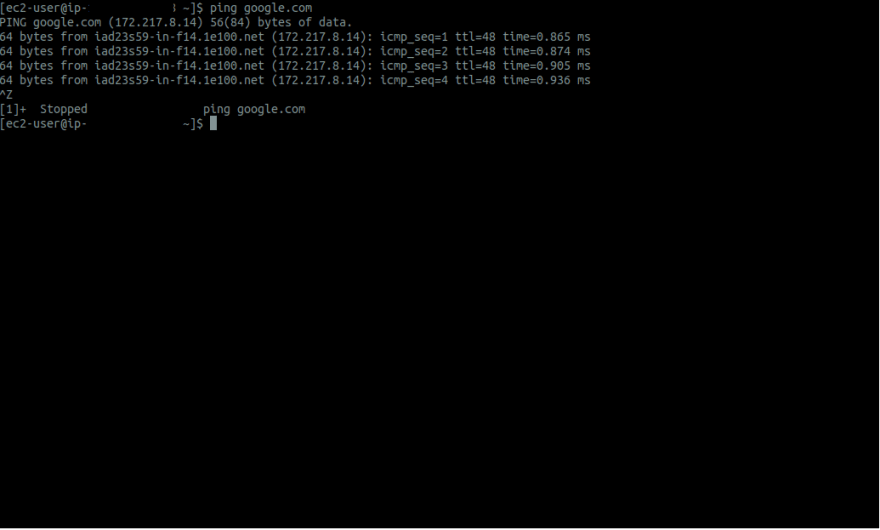 3) resume the job with bg (this will resume the last suspended job and run it on the background). Note that the stdout will still be tied to your session. 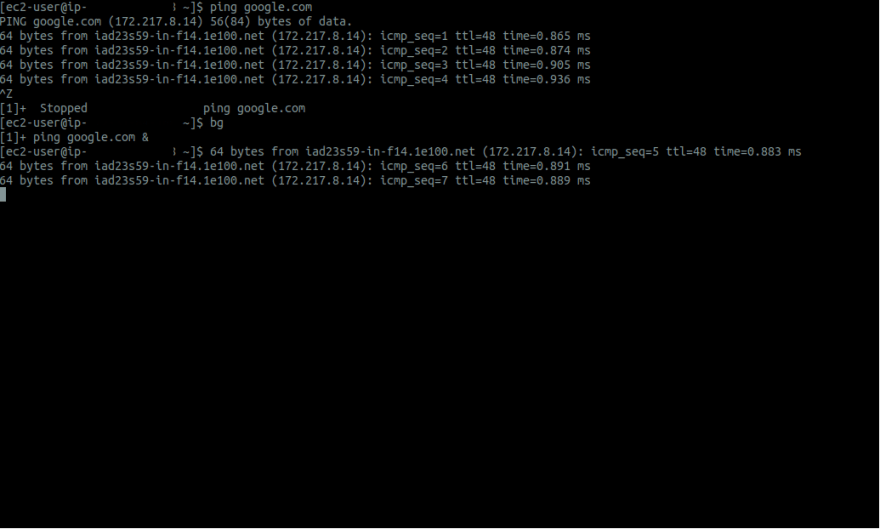 4) run disown, which disowns (remove the job from the jobs list in order for you to be able to exit the session and the job not stop). Notice that resuming the jobs on the background with bg still sends the stdout to your current session, that's why disown is in between the pings (this thread explains the reason nicely) 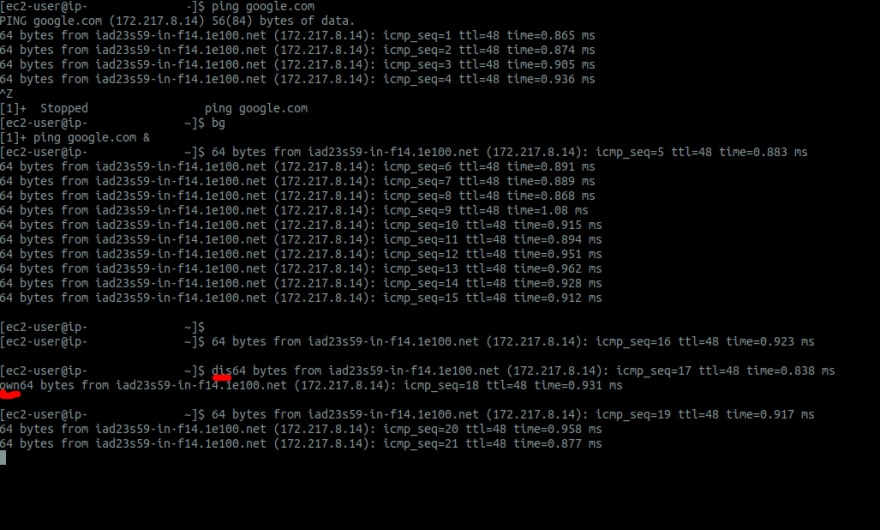 start a process and leave it on the background without screen

suppose you don't have screen installed nor want to install it, you can also use the default tools to achieve this. Run nohup <command> & and that'll do the job. Let me break down the command:

Once suspended, daniboypy will not be able to comment or publish posts until their suspension is removed.

Once unsuspended, daniboypy will be able to comment and publish posts again.

Once unpublished, all posts by daniboypy will become hidden and only accessible to themselves.

If daniboypy is not suspended, they can still re-publish their posts from their dashboard.

Once unpublished, this post will become invisible to the public and only accessible to Daniel Bastos.

Thanks for keeping DEV Community 👩‍💻👨‍💻 safe. Here is what you can do to flag daniboypy:

Unflagging daniboypy will restore default visibility to their posts.