Now, lets take a look at an example: 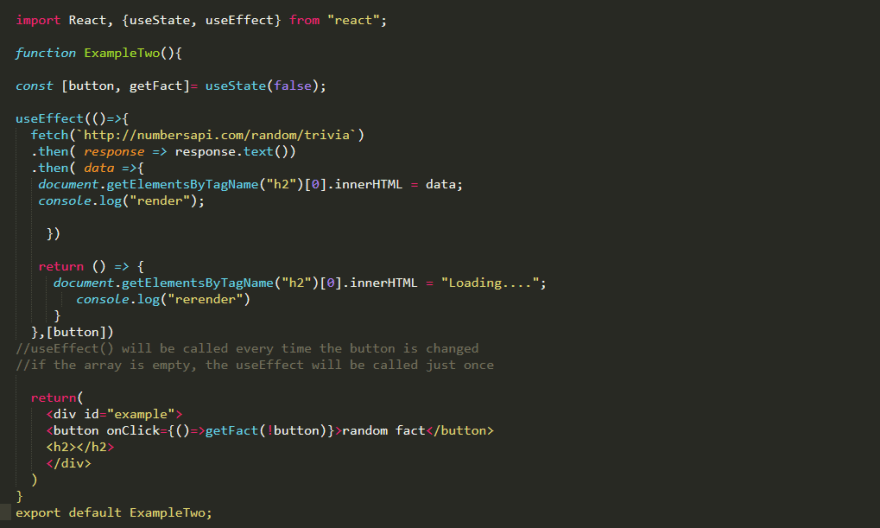 As you can see, we have a variable called button, and a function getFact, that updates that variable.

We are using the useEffect() hook to fetch date from some random API.

First we are fetching the data, then we have a cleanup function. It's "cleaning up" the previous function by displaying "Loading..." in an h2 tag.

-As I mentioned, not every side effect needs a cleanup

We have an array [button] as the second argument, so the useEffect() will be called just when the variable button is changed.

And at the end we have a button with a onClick event, where getFact function updates the state of the button variable. Which triggers the useEffect() hook.

Here is the end result:

I hope you enjoyed this little tutorial :)

SML - The language I love to hate. (Recursion example).

How you can use WebSockets with Flutter