Configuring applications to remain unencrypted poses several security risks as user data traverses over networks in cleartext. Although it is widely accepted for utilizing https over the public internet, in most cases configured at the load balancer, configuring internal SSL communication is just as critical as you look to harden your systems, and drive toward a zero-trust network. Utilizing an internal Certificate Authority (CA), rather it be root or subordinate, can help you validate and certify your internal communication.

Despite being able to set TLS encryption at the load balancer, utilizing unencrypted traffic to the application tier still poses a risk. To display this, create a load balancer which targets an HTTP web app. For this example, I created a simple app fleet that just returns a 200 on any post. 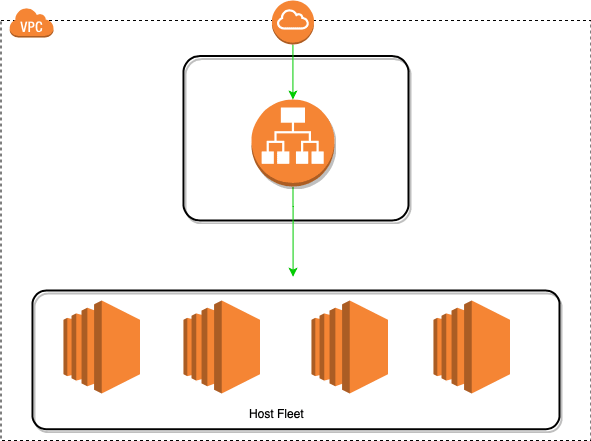 Once set up, send a POST to the app server, while running tcpdump.

As you can see, the body is visible, and despite the certain network protections AWS provides within your VPC, technologies such as traffic mirroring, or application vulnerabilities such as command injection, could put you at risk of more than just your application seeing this data.

However, utilizing an encrypted backend this would not be the case:

In other cases where load balancers are not involved, there may be use cases where your servers have to speak directly to each other. Once your web applications have their signed certificate from a private CA, it is as simple as adding that CA to the host trust, which will allow you to enforce validation when sending data.

This example will define how to certify Nginx, however, a majority of these steps can easily be modified to whatever framework you are utilizing.

Note: The CA infrastructure will be built with Cloudformation, although AWS CLI commands will also work. At the time of writing, this is not available to do directly with native terraform resources: See Issue

Create a Private CA with ec2.internal domain or with your own internal host domain.

Create a certificate and activate the CA.

Utilize openssl to generate a key and csr.

Utilize issue-certificate and get-certififace acm-pca api calls to obtain the ssl_certifacte you will need to secure your internal domain. You will need the root CA ARN from created above.

The following process will vary per Operating system. You should see this a guidance, but defer to your OS documentation for how to update the trust.

What Is the difference between PaaS And FaaS?

Once suspended, danquack will not be able to comment or publish posts until their suspension is removed.

Once unsuspended, danquack will be able to comment and publish posts again.

Once unpublished, all posts by danquack will become hidden and only accessible to themselves.

If danquack is not suspended, they can still re-publish their posts from their dashboard.

Once unpublished, this post will become invisible to the public and only accessible to Daniel Quackenbush.

Thanks for keeping DEV Community 👩‍💻👨‍💻 safe. Here is what you can do to flag danquack:

Unflagging danquack will restore default visibility to their posts.