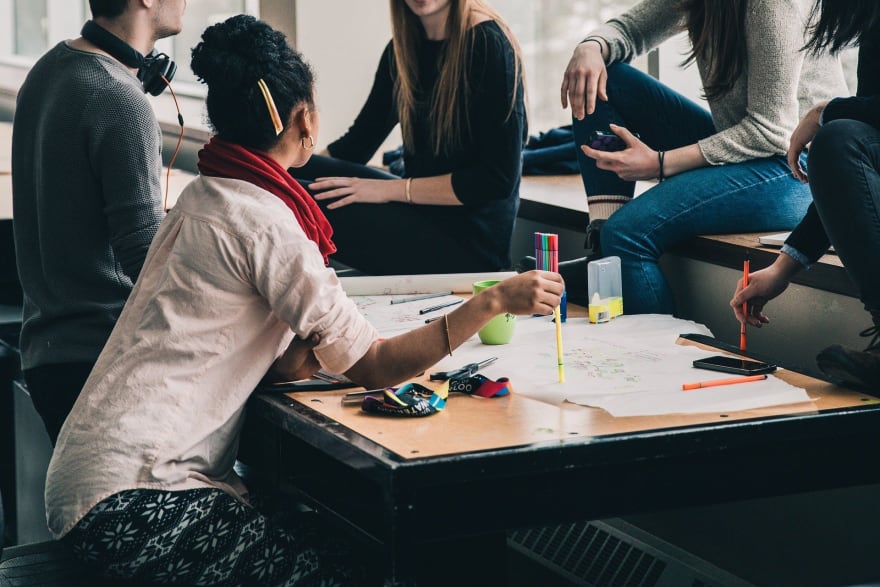 I realized we had a major problem. A colleague, distraught, pulled me aside. She’d had a bad meeting — one of the ones where your soul ebbs away while the clock laughs at you. I’d heard it all before, that day, from four other people. The worst part?

They weren’t the same meeting. It wasn’t just one soul-crusher; it was a culture of bad meetings. The chief complaint?

These meetings were a waste of everyone’s time.

It was just before Christmas. So I purchased six books on meetings and read them cover to cover. Of the six, I’d recommend two: Meeting Design and Kill Bad Meetings.

When the new year started, we did things differently.

Meetings should never be the default.

So when do you need a meeting? Only when you need “ spaghetti ”.

We call work that requires synchronous communication, discussion, co-creation, and active participation “spaghetti” because people must work in a highly interconnected way to achieve a collaborative goal.

The book, Kill Bad Meetings, goes on to specify some typical examples of spaghetti interactions:

That doesn’t mean everything else is an email. But if you can map the interactions clearly , you don’t need a meeting. That may not be obvious. So let’s look at two common meeting anti-patterns.

The meeting organizer has called you all together. He disseminates information for an hour. You’re only here to listen.

We live in the information age. To not drown in the flood of information, we filter it out. As a survivor, you’d filter out this would-be email. Either way, you’re not listening unless the speaker is particularly entertaining or addressing your immediate concerns.

Just as you are accountable for listening and reading, the speaker or writer must be discerning in what he sends out. If all output from a given channel is relevant and terse, you listen.

But if the information invokes little-to-no emotion, send an email.

Communication flows from many to one in the more demeaning “check-in”. The organizer, usually the boss, summons his underlings to give him information.

Be better. Turn a regular check-in meeting into a regular email. Alternatively, schedule a 1–1 meeting with each of the reporters. Let’s look at the math.

Suppose you have 1 manager with 6 reporters:

It’s the same amount of the manger’s time but saves 5 hours of everyone else’s time.That’s why these meetings feel so bad — they imply, “my time matters, but not yours”.

Disclaimer. 10 minutes won’t always be enough time. If an issue demands more time, request it, or deal with it separately. Also, some information will be useful to everyone. Distribute it later in an email.

Tip #2: Have a Shorter Meeting

But what if there is some spaghetti in the meeting? Cut the non-spaghetti elements out of a meeting and move them into an email, or some other form of asynchronous communication. This might occur before, or after, the meeting as a preparation (e.g. read and know this, come with your best three ideas, or fill out this survey).

A clever meeting design can achieve this within the meeting for a fraction of the time. Take our previous “check-in” example, suppose there was spaghetti, and the information reported is of interest to the group.

Looking at the math :

That’s a third of the original meeting and arguably better than an email. How so? Imagine the resulting email chain and the time that would go into it. An honest, open 20-minute meeting saves potentially hours of crafting gaurded, diplomatic emails.

Tip #3: Have Fewer People in a Meeting

To save person-hours can cut hours or people. Culturally, this can be challenging.

The first cultural pitfall is meeting invitations or participation being seen as conferring honor and not inviting someone or “asking them NOT to come” as a slight. Let’s flip on its head.

Asking someone to come to a meeting when they don’t need to be there is a slight. It says, “I don’t value your time”. Instead, be thoughtful and ask, “Is this really the best way they could be spending their time?”

Ask which invitees provide only marginal value. If you have one or two people from a team in the meeting, you probably get 80% of the value of having the whole team at a fraction of the cost. Afterward, these ambassadors will convey pertinent information to their team better than the meeting would have.

As a rule of thumb, I limit the meetings to 8 people (maybe 10 at a stretch) or break them up into groups for activities. Consider this a design constraint and use these tips. Keep in mind, your meeting goals in mind and consider how each person adds something unique to the discussion/activities.

Tip #4: Have an Explicit Goal

I keep using the word “design”, but what does that mean? Design means making deliberate choices and planning to some end, or goal.

Ever been in a meeting and wonder what the purpose of it is? If there was one, do you think you achieved it? Was it a valuable use of your time? Of course not! By stating a goal upfront, you get everyone on the same page and foster participation.

If you have a goal, how will you know if you achieved it? You should produce something.

Perhaps the goal is to make an informed decision. Well, then you should produce that decision — and the reasoning behind it. Write. It. Down. That sounds elementary, but not writing down decisions is commonplace in a bad meeting culture. In such places, colleagues often disagree on what choices were made — making it difficult to proceed as a team.

Perhaps the goal is to generate ideas, a brainstorm. Great, you should produce a list of ideas. You will need to curate them in some way. I like distributing stickers to allow attendees to vote for the ideas they feel would be most impactful or achievable.

And broadcast it beforehand. By agenda, I mean some written plan for the meeting. A good agenda explains how everyone’s time will achieve explicit goals. Knowing what is to be produced, why, and roughly how allows attendees to better prepare for the task.

Also, sending the agenda well in advance allows invitees to make a more informed decision regarding attendance. Perhaps they can think of someone else better-suited to attend. Ever attended a meeting that fell apart because the expert was, in fact, the wrong person?

Getting your team more involved in this self-selection improves meeting quality. However, the best results require they feel comfortable declining or suggesting a substitution.

In a good meeting, goals are met, everyone fulfills their role, everyone has a voice, and the interpersonal dynamics are healthy. A facilitator owns these meta-goals rather than participating directly in the meeting.

It’s not uncommon for the organizer to facilitate, but the facilitator should be someone impartial. More practically, it may be difficult to manage both roles all the time. Consider delegating this as an “introductory leadership opportunity”.

Many of these tips require that you send information about the meeting to interested parties afterward. Who writes it all down? Consider appointing a scribe.

As the organizer, by default, this is you. Why not unburden yourself to better run the meeting? I often do this simply because some colleagues take much better notes.

But be warned, many people don’t like scribing or find it hard to take notes and be part of the discussion. While some like being the influence of putting what happened into words; others see it as demeaning. Don’t press anyone into scribing; invite volunteers. Take turns.

Send out those notes. I generally commit everything to the company wiki and send an email with a link.

I also take the opportunity to:

You should be able to prove that it was time well spent.

Also, once people see that you regularly follow up, they’ll be more comfortable with not attending.

The post How I Killed Bad Meetings appeared first on Data Unbound.

Playing the "no game" in meetings.

What I learned from The Leader who had no title book ?

Once suspended, data_unbound will not be able to comment or publish posts until their suspension is removed.

Once unsuspended, data_unbound will be able to comment and publish posts again.

Once unpublished, all posts by data_unbound will become hidden and only accessible to themselves.

If data_unbound is not suspended, they can still re-publish their posts from their dashboard.