I will be the first to admit that I don't particularly enjoy building frontends. It's the reason my own personal website is, well, sad. It's been incomplete and neglected since the day I forced it out in the open, and largely untouched from that pathetic, half-finished state. This means it does not reflect any recent work I have to show off, at all, or accurately demonstrate what I'm capable of in any significant way. Useful, right? Why even have one, at this point.

I built that website as a side-effect of a DIY static site generator exploratory project in Rust. The fun part of that project for me was building the static site generator and web server. To see if it all worked I needed some test stuff to feed it so I figured I may as well build a personal website. Poor thing never stood a chance - talk about falling short of even the bare minimum.

One of my goals for 2020 is to completely rebuild it into something that isn't embarrassing, and hopefully hone a useful skill and learn more about the domain along the way.

Choosing a stack in the JavaScript world is daunting, especially when you don't actually know what you're doing. Before settling on stencil I considered the following options:

My "aesthetic" for tooling choices is barebones and simple. I prefer to build my own abstractions, at least when I'm learning a domain, before trying to choose someone else's, and also think that for this website even vanilla JS is probably overkill, everything I want to present can be presented statically and simply. All I really need is HTML and CSS. I decided not to go this route because I do want to open myself up to more flexible growth paths in the future, and this is the most labor-intensive route if I go beyond the absolute basics. I also find it extremely boring to do, which means I'd be less likely to finish.

The framework I've spent the most time with is React, so Gatsby was a natural choice for the next level of organization. I liked it a lot, and developed a healthy appreciation for GraphQL, but ultimately found it was like "React+" - you're really on your own in terms of ecosystem, and there is a ton of complexity going on to achieve what (for me) is a simple end goal, even after I got my head around the basic model (both React itself and then Gatsby over it). I still think highly of Gatsby in general and would revisit for a larger, more complicated project.

I finally looked at Svelte, because I like the idea of an AOT compiler handling this complexity rather than a bunch of complex runtime logic. I didn't spend a lot of time with it, though, because it looked like a whole new set of stuff to learn, as well designed as it is, and that's precisely what I want to avoid. The Sapper repo looks a little dead, too, but that's not always a valid indicator. I'm keeping my eye on this as well, though.

I want to be crystal clear: I am not saying that stencil "wins". I am only saying it wins for me, for this project. I know I have a tendency to prod at controversial questions on DEV to see what happens, but this is not one of those posts.

Stencil is (mostly) just "Web". It's actually not a "framework" at all. Instead, it's a generator and compiler for Web Components, with some extra niceness built-in to streamline the process.

The Web is an inherently complicated platform, and frontend is not my primary target domain, so I do want some help taming that complexity. What I don't want is for that help to consist of a whole new set of specifics to learn which may or may not apply to anything else, and which has no guarantee of lasting relevance. That's been my experience with JQuery, Knockout, Ember, Meteor, React, Vue, Svelte, whatever else I've touched - even just listing stuff I've test driven makes my head spin and it's all new layers on top of an already complicated topic.

Now, it's a valid point that Web Components may very well represent yet another step along this chain. There's a phenomenal discussion here: 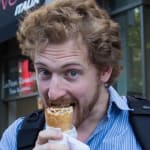 My favorite quote from that discussion came from @josepot, who noted that "web-components are just leaky abstractions built on top of other leaky abstractions". That's hard to argue with. Still, though, what isn't?

I like how Stencil is focused first and foremost on compliance with existing standards. To write my app, I need to learn TypeScript, not some specific other tool. I also love how easy it's made it for me to piece together my app. The stencil generate tool can generate just your TSX or include a CSS stylesheet, a Jest component.spec.ts file, and a Puppeteer component.e2e.ts file. I'm forcing myself to use all of these for every component as an educational exercise, E2E testing in specific is something I've never experimented with, but it's great that it's all opt-in and you could keep it straightforward as long as you want.

Within minutes of loading up the template app I had added a new component and hooked it up to a new route with the handy built-in stencil-router component, purely based on what I already knew about HTML templates going in and the example provided. Sold!

For a simple example, here's a component I put together to display a United States postal address:

It's just TypeScript, or an ES6 class, with some metadata stored in a decorator. JSX is a polarizing tool, but I think it's a good fit for the problem it solves. I've never used Angular but I think the "metadata-in-a-decorator" pattern is not entirely dissimilar.

This is the over-engineered Address TS interface I defined to pass in as a prop:

This is precisely why I like using TypeScript over JavaScript - familiarity. I'm used to tools that let me define the shape of my data up front, and get frustrated when debugging problems in vanilla JS that would have been caught by a typechecker. By setting this up before implementing, it's easy for me to dig through the object passed in as a prop. I know it's not technically any different than doing so without a defined interface, but I like it, dammit. Having my editor know what I'm doing is a huge help - I like my red squigglies showing me when I'm being stupid. Typechecked props by default is just awesome.

This was easy to pop in the larger context:

No need to import anything, just use your new component! It couldn't be easier, and I'm off to the races.

Beyond the perceived technical merits of this tool, beginning to build this simple application with stencil is pretty much the only time I've ever actually enjoyed the process of writing a frontend application. I thought Gatsby was incredibly cool tech, and Svelte was a solid implementation of an elegant idea, but "fun" is a little more elusive for me in this space.

Why exactly this tool got me there when so many relatively similar others haven't is tricky for me to pinpoint, but I'm not fighting it. It's simple to get started with, based around core Web technologies that I know will continue to be relevant, and will allow complexity to grow as needed as opposed to including it up-front in a massive convoluted "starter app" template. I'm hoping this tool stays around for a long time and see no reason to hop around, at least for personal use, for the foreseeable future.

Photo by Karim MANJRA on Unsplash

Once suspended, deciduously will not be able to comment or publish posts until their suspension is removed.

Once unsuspended, deciduously will be able to comment and publish posts again.

Once unpublished, all posts by deciduously will become hidden and only accessible to themselves.

If deciduously is not suspended, they can still re-publish their posts from their dashboard.

Once unpublished, this post will become invisible to the public and only accessible to Ben Lovy.

Thanks for keeping DEV Community 👩‍💻👨‍💻 safe. Here is what you can do to flag deciduously:

Unflagging deciduously will restore default visibility to their posts.