Many programming languages have a rich set of libraries and frameworks. Python is no exception. To speed up the development process and effective reuse, projects typically make use of a handful of libraries.

Python libraries are stored in a public repository called PyPI (stands for Python Package Index). A Utility called pip is used to install new libraries and frameworks into the target machine. Packages can be installed using below command:

With the above command, a newly requested library is downloaded from the public repository and globally installed in the system directory of the Python installation directory. This means a newly installed library will be available to all of the Python applications of the installed machine.

Here is an illustration of 3 Python applications within the developer’s machine with the requirement of different versions of same framework: 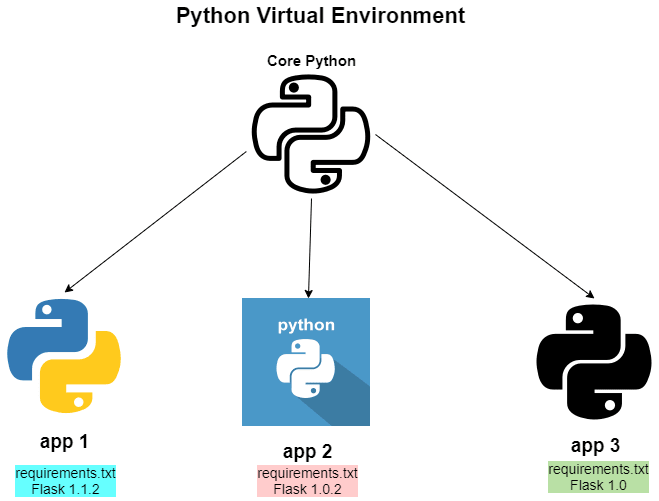 How to set up virtual environment?

Run below command in the project folder to create a virtual environment in Python 3:

Virtual environment could be activated in the project by running below command in the terminal window:
$ source venv/bin/activate

Run below command to activate virtual environment in Windows:
$ venv\Scripts\activate