I have recently come across several new terms in the security space. This article attempts to explain some of the security terms such as OAuth2 / OpenID Connect.

OAuth2 is a security standard where a user gives permission to one application to access a resource on their behalf in another application. OAuth2 is mainly used for authorization. OAuth2 could be better explained with below scenario.

Scenario: User creats a diagram using a drawing service application and wishes to store the created diagram in a cloud storage.

Let’s walk through the steps involved in this process in OAuth2 terms. 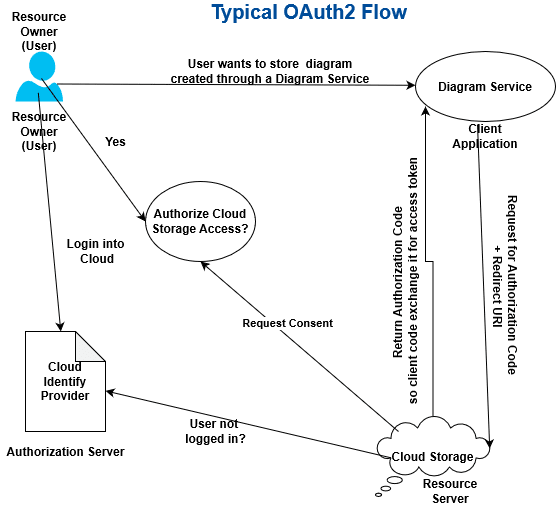 What is OpenID Connect (OIDC)?

Scenario: Let's consider a scenario of a user trying to sign up for a fitness app (client application): 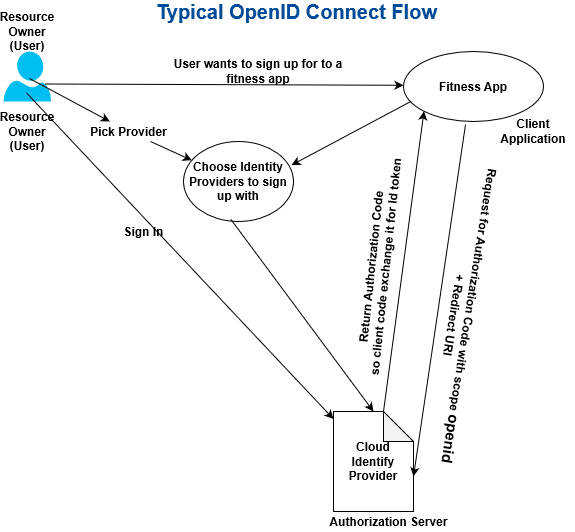 Resource Owner: User is the owner of their identity, they get to decide any action that can be taken on their behalf.

Client: Target application trying to get access to the user’s profile or wants to perform action on user’s behalf (diagram service application).

Authorization Server: The application that knows the resource owner.

Resource Server: The API or service the client wants to use on user’s behalf (cloud storage).

Redirect URI: The URL of the client application to which user will be redirected to from the authorization server after granting permission to the requested resource.

Response Type: The type of information client expects to receive. The most common response type is code where the client is presented with authorization code.

Consent: The authorization server takes the scopes the client requested and verifies with the resource owner whether or not they want to give permission to the client.

Client Id: The id used to identify the client with the authorization server. This id may be visible through the browser while exchanging code.

Id Token: In Openid, authorization code could be exchanged for Id token that identifies the user trying to authenticate into a client application.

How to use Laravel Session