Apple’s annual iOS update, iOS 12, will be hitting devices later this year. It’ll bring things like your standard performance improvements, new Animoji features, Memoji — since everyone has always wanted to turn themselves into an Animoji — group FaceTime, camera effects, ways to limit your screen time, Augmented reality, digital wellness, Siri shortcuts, and a focus on sharing your experience with fellow iOS users are among the key highlights of the update. 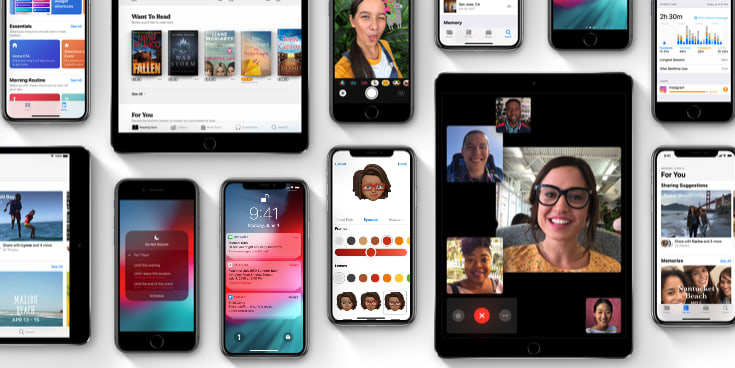 Here’s a list of the new features added in iOS 12:

Apple put a big focus on speed with iOS 12, making it faster to load apps and take photos. An iPhone 6S running iOS 12 will launch apps 40 per cent faster, bring up the keyboard 50 per cent faster and take a photo from the lock screen 70 per cent faster compared to the same phone running iOS 11.Tweaks to the CPU software should mean that these speed upgrades don’t come at too high a cost to battery life. The CPU ramps up when it detects that more power is needed (if you start scrolling, for example), and ramps down again to conserve battery life afterwards. In times of high load, these CPU tweaks should mean that apps last twice as fast.

A huge hit last year, Apple decided to add a few more emoji upgrades for the latest version of its iOS. New animoji include the ghost, koala, tiger and t-rex, and you’ll be glad to hear they all include tongue-detection so you can wag your tongue to have your ghostly digital replica do the same. With Memoji, Apple has also given users the ability to create tiny digital avatars of themselves.

Screen Time Widget
In the Widgets section, accessible by swiping to the right on the Home screen, there’s a new Screen Time widget where you can see how much time you’ve spent on your iOS device lately, and what you’ve been doing. You can also see your full Screen Time usage metrics in the Settings app.

Augmented reality
Apple announced the second version of its augmented reality develop kit – ARKit 2. This includes improved face track, better 3D object detection and adds the ability for multiple people to experience the same virtual environment simultaneously. The Measure app will also allow people to measure objects in augmented reality, by dragging their viewfinder across an object in the real world.

With iOS 12, Apple is giving users the tools to balance their time on and off the screen with the new Do Not Disturb and Screen Time features. Based on your when the users go to bed, the DND mode will be activated automatically, dim the display, and hide notifications. When you wake up, you get the option to unlock notifications. With Screen Time, Apple will let you assign time per app to prevent overuse. The feature will also prevent you from spending too much time at night indulging in social media. Parents will also get multiple features to manage their kids’ usage and manage it with remotely from iOS’ Family Sharing feature.Managing notifications is easier too with new notification stacks that bundle all alerts app-wise to declutter the notification center.

Facetime now supports group video calling with up to 32 users and users can join even during an on-going call. Facetime is now integrated into Messages and you can directly jump into the video call from a chat group. During the video call, Facetime automatically determines which of the members is speaking and their tile automatically comes to the fore while others make room. 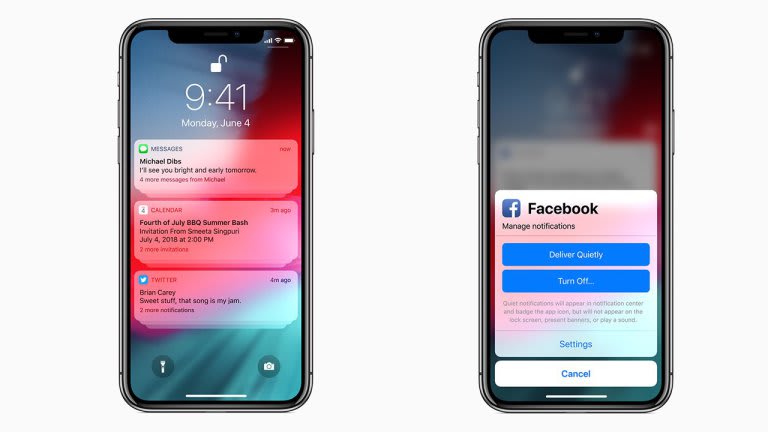 Apple is launching a new Measure app in iOS 12, which leverages ARKit 2 to quickly gauge the size of real-world objects just like you would with a tape measure or a ruler. Measure can also automatically provides the dimensions of objects such as picture frames, posters and signs. With Measure, iOS users can take a photo and share it along with its accurate dimensions for their work or any other purpose.

The final push when it comes to Augmented Reality is the second major version of the company’s ARKit. In case you don’t know, ARKit is used by third-party developers to create immersive experiences.The most significant new feature of ARKit 2 is the ability to use two or more iOS devices to create a single AR mixed world experience. For example, two or more iOS devices will be used to make sure their owners are seeing the same thing running the same app.

Apple didn’t want app developers to have all the power over Siri. Thanks to a brand new app called Shortcuts, you’ll be able to create your own Siri integrations. In practice, it seems like more advanced iOS 12 users will like this feature the most. If your favorite app doesn’t offer the kind of Siri integration that you want, you can make your own shortcut. This is all based on your needs and habits. Even though this process requires a bit of work, it has the potential to pay off in the long term really.

An Essential Guide to Unit Test in iOS Application

Once suspended, dhairyachandra will not be able to comment or publish posts until their suspension is removed.

Once unsuspended, dhairyachandra will be able to comment and publish posts again.

Once unpublished, all posts by dhairyachandra will become hidden and only accessible to themselves.

If dhairyachandra is not suspended, they can still re-publish their posts from their dashboard.

Once unpublished, this post will become invisible to the public and only accessible to Dhairya Chandra.

Thanks for keeping DEV Community 👩‍💻👨‍💻 safe. Here is what you can do to flag dhairyachandra:

Unflagging dhairyachandra will restore default visibility to their posts.