Hi there! When you are watching your favorite football team, have you ever got that feeling that there is a player that has great potential, but is playing in the wrong position? Do you think that if the manager would put him in a different position he would be so much better? Well, I do! How can we develop a tool that uses artificial intelligence to help us detect the best-suited positions for players?

In this post I will show how to train a machine learning model to detect the best positions of a player, using a Football Manager dataset. Then, I will analyze some players and compare the predicted positions with the real positions of the players. You can check the Jupyter notebook with the code for this blog post here.

Several players changed their position successfully in their careers. Andrea Pirlo is perhaps one of the most successful cases. He started as an offensive midfielder but failed to impress in Inter Milan in 2001, due to his lack of pace and stamina. During a loan in Brescia, which also had Roberto Baggio as a trequartista, the coach Carlo Mazzone made the impressive decision to deploy Pirlo as a deep-lying playmaker. Due to his technique and passing ability, Pirlo became perhaps the best deep-lying playmaker of all time, inspiring a new generation of defensive midfielders. 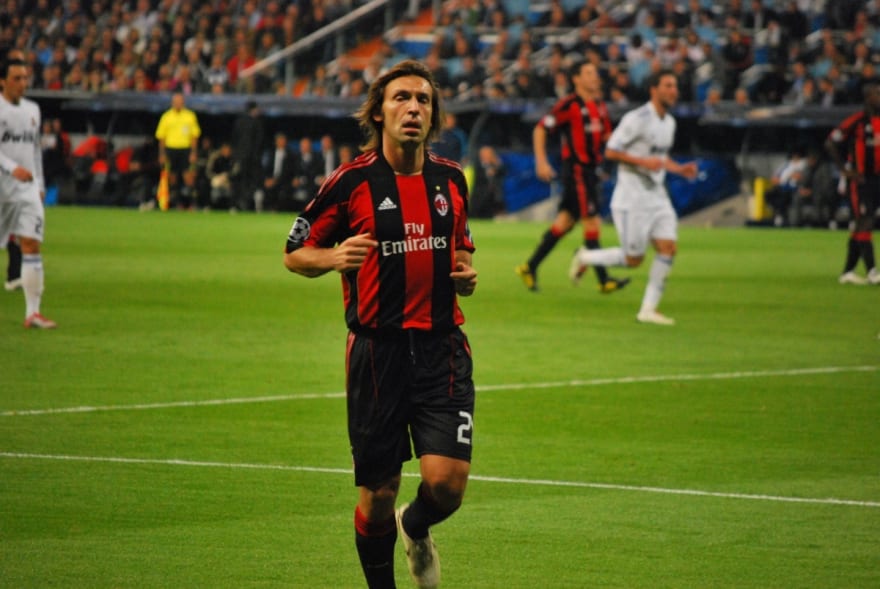 Another well-known case of switching positions is Bale. When he changed from Southampton to Tottenham, he became one of the fastest left-backs that the world has ever seen. However, by the hand of Harry Redknapp in 2012, he turned into a left-winger, making him the most expensive player in the world when he was bought by Real Madrid in 2013. 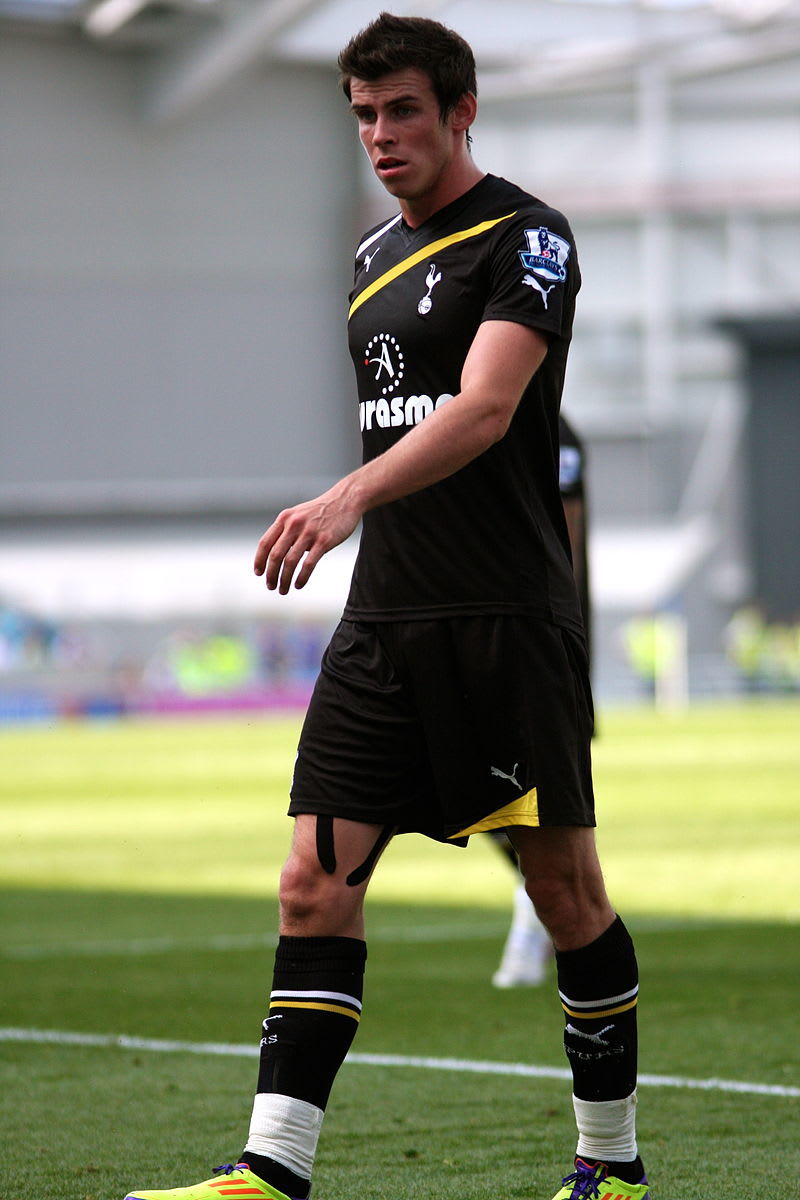 While in those cases the players moved positions while still young, there are also cases when the players change positions to take advantage of their new characteristics as they get old. For many years, Ryan Giggs was the left-winger of Man United. In the later years of his career, his pace decreased, while at the same time his passing skills were better than ever. His change to the central midfield benefited both him and Man United, leading them to the Champions League final in 2009 and 2011.

There are many more players that changed positions successfully: Javier Mascherano, Sergio Ramos, Thierry Henry, Fábio Coentrão, Matic, or Vincent Kompany are some of the examples. The goal of this post is to show how to create a model that predicts the best positions of a player, to allow him to reach his potential earlier in his career.

To do that, we will use a dataset with player attributes, valued from 1 to 20. We will use data from the game Football Manager 2017, available in Kaggle. Football Manager is widely known as having one of the most reliable and extensive worldwide football players datasets.

We will train a machine learning model that learns to classify the players' positions based on their attributes. Each player can be classified as having more than one suited position for him to play.

Enough talking! Let's train the model. The full notebook can be found here.

When defining the position for each player, we can see that each player has a score for each position, from 1 to 20. We will classify a player as well suited for a position if its score for that position is 15 or more.

We will train three models: a K-neighbors classifier, a Random Forest, and a neural network. I chose those three algorithms because they have native support for multilabel classification. For each model, it will be applied 5-fold cross-validation, and the F1-score will be measured. The predictions for every player will also be stored.

The results of the cross-validation have shown us that the neural network is the worst performer in this task, achieving an F1-score of 48.61%. Both the K-neighbors and the Random Forest algorithms achieve an F1-score near 60%. Because the training time of the Random Forest is lower, I chose the Random Forest model to make predictions about the players. After the hyper-parameters are chosen, I train the model one last time with the entire dataset.

In the end, we get two artifacts that we will use:

After having the model trained, let's play with it! We can manually set each player's attribute to a numeric value, and analyze the output of the model. With that, we can inspect the most important attributes for each position. 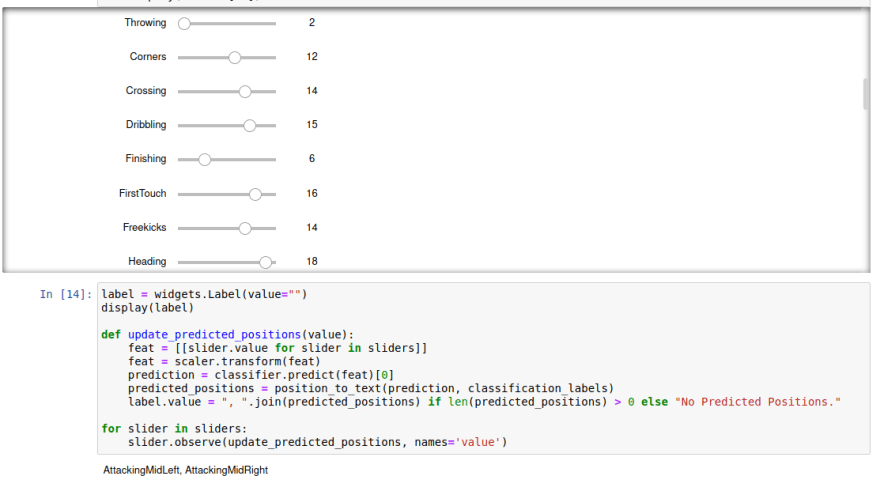 Anyway, there is a lot to try and explore with the attributes in the model. Try it yourself with your favorite players!

Besides the model, we also have the predicted position of each player. We can inspect the player positions that the model predicted and see if it discovered potential positions where the players could achieve its full potential.

In recap, it seems that the model can accurately predict the area of the field of a player (goalkeeping/defense/midfield/striker), and it can give some insights to the players of where it can be its best position.

Try it with your favorite players!

What the heck does it mean to make an image a tensor?

Python decorator to show execution time of a function