Cloud Functions allow us to write business logic without provisioning any infrastructure. In this post, we will talk about the flavors of cloud functions available at our disposal, limitations, development/deployment workflow, local development with cloud functions emulator and code.

Google Cloud Functions is a lightweight, event-based, asynchronous compute solution that allows you to create small, single-purpose functions that respond to cloud events without the need to manage a server or a runtime environment

Without further ado, let’s dive in.

For dependencies, there is only good news as you can use the powers of npm and package.json

P.S. when deploying from local machine as we will see further in this post, you can deploy configuration files/credential keys for access (not advised to version control the credential keys though). Use Google Cloud Deployment Manager for provisioning configuration.

These functions get an HTTP URL to be invoked from out in the wild. Like the one below, check it out.

Writing an HTTP Cloud Function is pretty straight forward, you export a function with the request, response arguments (like express). This is how the code for the above function looks like: –

This flavor of Cloud Functions allows us to handle events from our cloud infrastructure, such as listening to messages on a Pub/Sub topic or changes in a Google Cloud Storage bucket. Suppose you want to write a cloud function that resizes images to different variations on upload to Google Cloud Storage. That function would look something like this.

Important note from the docs.

Note: You should always either invoke the callback argument, or return a Promise when your function has completed. Otherwise, your function may continue to run and be forcibly terminated by the system.

Also, refer to the docs for details on event parameters and more information on the callback.

You get to choose the type of function you want to create while creating a Cloud Function via choosing a trigger and this is how you choose between creating different types of functions. 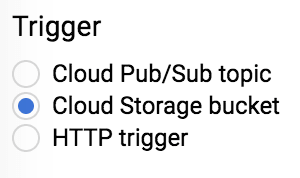 The same can be done from command line as well using gcloud utility as follows: –

You can also call functions from command line to test them as follows: –

Lastly, cloud functions have quotas that we should be aware of.

I added this as a bonus in this section because I feel this is important. You have access to /tmp to store temporary files according to the docs.

This is really handy if you want to process files and need a temporary storage before putting it in Google Cloud Storage bucket.

Also, to upload files, you need to convert them to base64 encoded strings (I could not find ability to upload files otherwise in docs, please correct me if I am wrong). Cloud Functions use body-parser and hence the limitation. 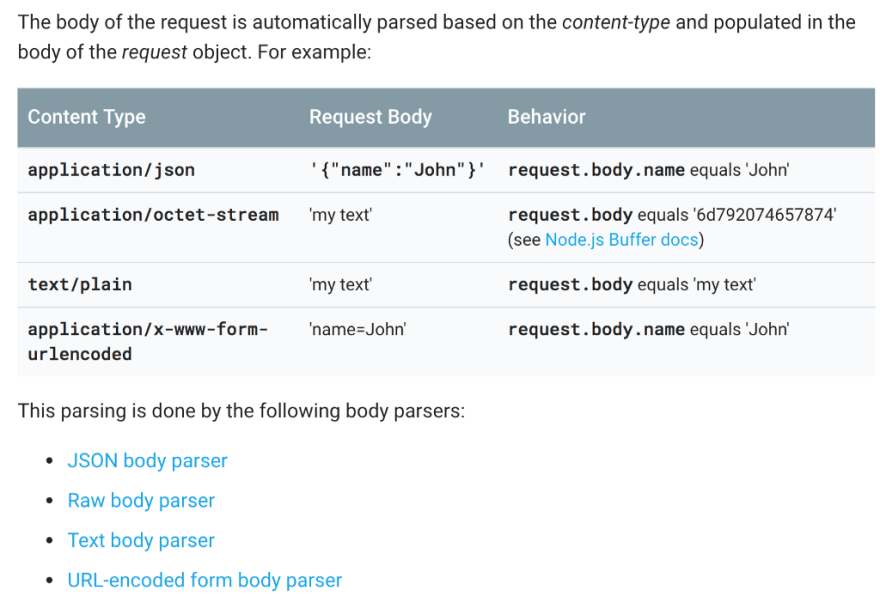 Ending the meta information section with this nice blog post, that talks about sharing functions between Google Cloud and Express.

While it is possible to write cloud functions from the google developer console, deploy it and test it from there, it would make for a terrible developer experience as a cloud function may take up to 2 minutes to deploy.

Enter Cloud Functions Emulator, whilst still in alpha at the time of this writing, it is a great tool that helped me a ton while working with Cloud Functions. You can install the emulator using the following command.

Once setup, the emulator can be used with functions command. Here is a list of commands (not exhaustive) available at your disposal.

Notice how closely the functions emulator follows the syntax of gcloud command to deploy and call functions. This caters for an amazing development experience as now you can write, test, automate-tests for your functions locally and version control them before actual deployment.

You can also deploy Cloud Function directly from source control.

Play around with Google Cloud Function for fun and glory and jump to serverless frameworks for writing production grade code.

And that’s all for this post, I would really appreciate feedback via comments or twitter and claps.

Once suspended, divyenduz will not be able to comment or publish posts until their suspension is removed.

Once unsuspended, divyenduz will be able to comment and publish posts again.

Once unpublished, all posts by divyenduz will become hidden and only accessible to themselves.

If divyenduz is not suspended, they can still re-publish their posts from their dashboard.

Once unpublished, this post will become invisible to the public and only accessible to Divyendu Singh.

Thanks for keeping DEV Community 👩‍💻👨‍💻 safe. Here is what you can do to flag divyenduz:

Unflagging divyenduz will restore default visibility to their posts.