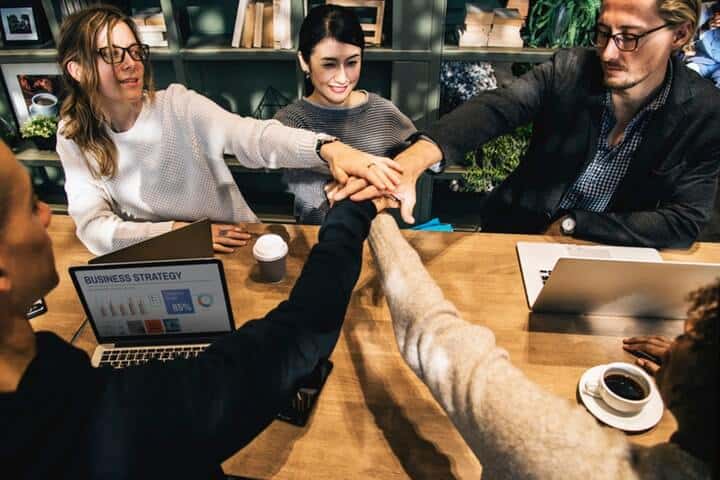 Before coding I could never really grasp the idea of a coding language. I've seen code before, it's in English, or at least, most of it seems to be some form of the English language. But you can never fully appreciate the actual language aspects of developing until you try and communicate it to someone else. Talking the talk is a huge and important part of programming that most folks don't realize before diving in to the community.

That is why I am a huge advocate of the group thang. Working in pairs, in groups, even just talking code with someone that knows anything about developing is crucial for a shortened timeline of success. Learning a new language is difficult, especially while doing it out of and beyond your formative years.

Think about it this way, say your native language is English and you want to learn Spanish. It would benefit you best to speak with someone who know's both English and Spanish to help fix your errors, explain things out to you in detail, and to bridge and make connections quickly. Learning a computer language is scarily similar to learning human language. When thinking about it in a general sense, what are the best ways to practice language skills?

Read it, look at as many snippets and examples in context. Reading what you know repeatedly will help it stick. Are you stuck on your code, or just sick of looking at the same stuff for hours on end? Go and look at someone else's code during a break in your work, certain snippets will jump out at you and get your mind working and naturally inquiring.

Write it, nothing can help you practice more than simply writing and rewriting. Writing will reinforce and cement in your mind what you've retained, helping you add new material on top of it. We don't write human language without any reason, we have context, logic, we write with purpose and understanding.

And lastly the one thing that I believe many miss. . .

Speak it. I cannot stress enough the importance of simply speaking the particular language with others that either understand it, or who are learning it with you. This will get you help you quickly level up. Articulating code to others forces you to understand the concepts you are trying to communicate to others. The people you talk with should also constructively correct you if you've misspoken and help limit repeated mistakes.

As a native New Yorker, I'm sure most folks from here would agree that when speaking with someone you don't know, you could conclude fairly quickly if they are born and raised New York. Aside from speaking a language learned in a classroom, which is generally very structured and proper, us humans like to shorten and abbreviate any which way we can. Slang exists in all languages, including computer languages and learning slang comes with a lot of context. Acronyms also play a huge role in dev languages, knowing and understanding these is a great asset . It also shows you're part of the community, because you're speaking in a dialect that others pick up on and understand immediately, which could, and should, sound like complete gibberish to an outsider.

Working with more than just yourself will really help build these skills quickly and efficiently. I've stressed it before and I'll stress it again communication is so important in programming. The group thang will stimulate these brain muscles constantly throughout this process. Think of normal everyday conversation, asking open ended questions breeds more discussion and dissection of the particular subject you're working on. Questions lead to research which again will introduce you to new syntaxes of the language. It will also introduce you to concepts that are still foreign to you.

Group work will also round you out. Everyone has drastically different strengths and weaknesses. Some are debugging masters, others are syntactical sugarplums, and some may be stronger in associations and relationships. Sharing the burden with others that have a better understanding in certain aspects will help you immensely. It will also streamline getting everyone up to speed in all areas.

So break out your comfort zone! Dive in! Start talking and asking questions about the language you're learning. Work with people you normally wouldn't imagine yourself interacting with, you'd be surprised on how much you could learn from them. It will bring fresh perspectives into your head which is healthy! Seeing another's approach and thought process is priceless.