As you begin on your Python journey, some of the jargon can be overwhelming, especially if Python is your first foray into the programming world. Here you'll find a few terms and definitions you'll encounter as your Python career progresses.

Data type: You'll hear this term commonly; Used to refer to different different types of data (hard not to use the word to describe itself), some examples include str, int, list, tuple, set, dict, bool.

Variable: Used to store different data types. Variables are case sensitive, uses "snake_case" or "camelCase" when naming the variable (though this is debated, feel free to use what you're comfortable with and use it consistently). There are restrictions when naming a variable, such as variables cannot start with a number, use one of the reserved keywords, or contain spaces to name a few.

Object: A collection of data and methods.

Function: A block of code that can perform an action as many times as necessary. Able to interact with different variables and user input. Needs to be called.

Method: A Function that "belongs" to an object and is used to interact with said object in some way.

str: String, a piece of text. Written with quotations, single dash (' ') or double dash (" "). Rule of thumb with quotations - pick a style and be consistent with it. 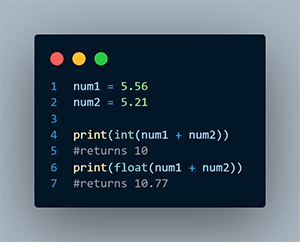 list: Ordered sequence of objects. Written with brackets [ ]. Able to store different data types. List are mutable, meaning the objects can be modified/replaced, and their order to changed. Closest to an array as you can get with Python.

bool: Boolean, simplify meaning True or False. Important to remember that False == 0 and True == 1 (note the 0 and 1 are NOT strings). 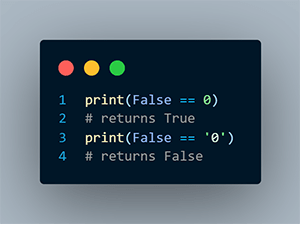 Take this time to practice your Google-Fu and hunt down the meaning of those terms and even expand on the terms above. Searching for issues/problems while coding comes with the territory, because nine times out of ten someone else had the same problem you're having.

Goodbye, Google Analytics - Why and How You Should Leave The Platform

Donn
Aspiring to become a “Full Stack Developer” or whatever that means!
Python Developer?
#python