Starting your first project can be a bit overwhelming. I mean heck, I wrote nearly 3,000 words breaking down every bit of what to select and what each option means. Oh, and I also have a full video series walking you through it step by step on my YouTube channel. Before I start writing code in my projects I take some time to configure my projects and then install essential NuGet packages that help me be super productive from the start.

Yes, it is true that Xamarin.Forms and Xamarin.Essentials are included "in the box" with your new project, but there is a world of amazing libraries out there from amazing community members. I want to introduce you to my favorite packages that are key in ever app that I have developed. So, let's get started.

I may be a bit bias with these first 2 NuGet packages because I wrote them, but I think they are super essentials. First is MVVM Helpers (Refractored.MvvmHelpers), a super small library that works in any app that contains nifty classes and utilities that help creating your app from the start. It includes things such as:

So, now you can just start your project and write code like this:

This nice little caching library enables you to easily store data objects for set amount of times. For example you may want to cache web results for a few minutes. It integrates directly with thefile system, SQLite, or LiteDBso you can write code like this:

My apps can not live without the PancakeView NuGet from Steven Thewissen. It gives your apps a breadth of new life with beautiful gradients, cards, custom rounded corners, and so much more. I mean look at this beautiful thing:

Alright, technically Sharpnado is a bunch of smaller libraries, but you get to pick and choose because there is so much awesome from Jean-Marie Alfonsi.

First is Sharpnado.Tabs... fully customizable Tabs that you can put anywhere! 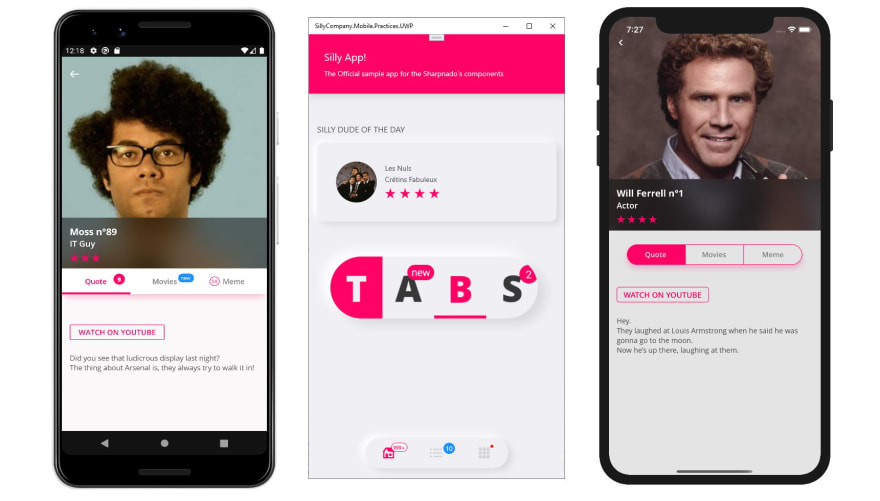 Then there is Sharpnado.Shadows, because you know you need to add lovely shadows to all of your views. 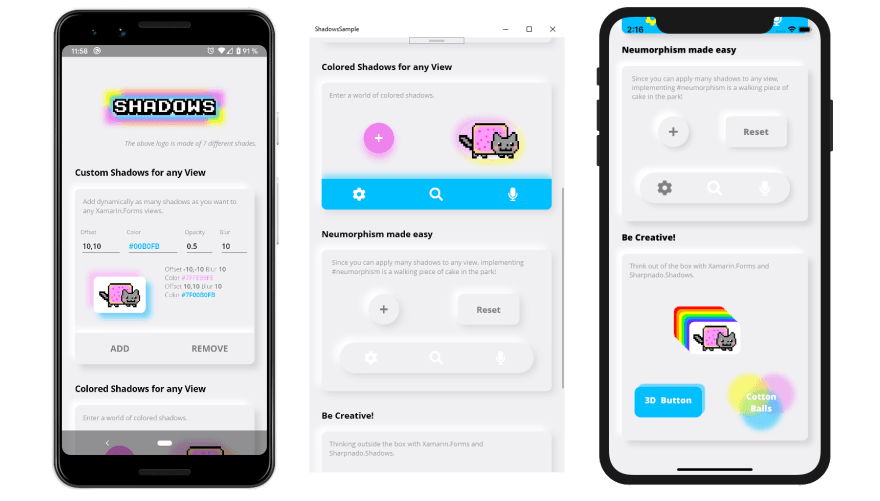 That is just the start as there is a plethora more available including the TaskLoaderView, HorizontalListView, and MaterialFrame. You need these libraries!

I am really jazzed about this initiative because it is an official package from the Xamarin team, but a deep collaboration with the community. This toolkit is a collection of controls, Animations, Behaviors, Converters, and Effects for mobile development with Xamarin.Forms. It simplifies and demonstrates common developer tasks building iOS, Android, and UWP apps with Xamarin.Forms. The NuGet is still in pre-release phase for testing, but is packed full of amazing functionality including:

These are just a few of my recommended NuGet packages that you should totally check out. There are a lot more awesome community libraries out there that you should checkout and I have a curated list on my GitHub!