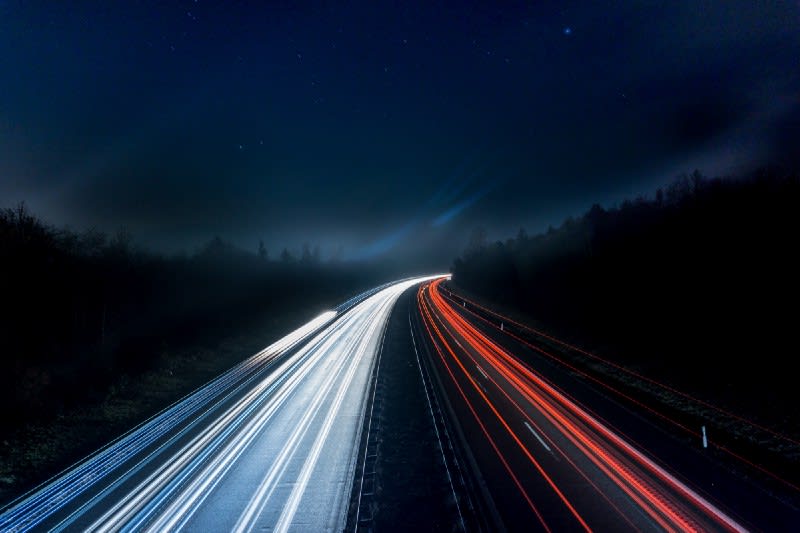 Every day, Chợ tốt (Chotot) receives over 1 million visits cross platforms, most of the traffic comes from mobile devices. It is really important for us to develop products that can run across devices. Last year, we switched to a new stack to rebuild our products.

The technologies that we chose for our new stack are: React, Redux & NodeJS to build the new web app. React makes it easy to build web components that can be reused in other products. Redux is the main channel communicating between the Back End & Front End. NodeJS builds a web server. To support SEO with this stack, we implement the “Universal Web Application” approach.

Base on a starter boilerplate put together by erikras (link here) to experiment with our new web stack. However, we encountered problems in production.

In production, if the traffic is high, the web server will stop responding to the client. At first, we optimized our codebase but the result was still the same. We resolved to use client-side rendering instead of server-side rendering. But the challenge is if we turn off server rendering, SEO will be affected.

Search engines now support Javascript in their crawlers (check here for more detail). Our first solution was to delegate the rendering page to client-side. Here is our analysis:

The crawlers were still indexing but it was slower than using server-side rendering. So delegating all missions to client-side did not work for us.

The next solution was to split the project into 2 and deploy it to 2 different servers. One serves users with client-side rendering. Another one serves crawlers bot from Google, Facebook, … with server-side rendering.

This solution worked fine. However, we were also looking for another boilerplate to replace it.

Why did we want to change?

After looking around some repos, we considered next.js as a potential replacement for several reasons:

I will talk about the way we applied next.js in our products including some issues and solutions. I will provide the sample at the end of this article.

We chose redux to manage application states. next.js provides a redux wrapper to help integrate with it easier and more consistent (You can visit here to see example)

Here we can see that Redux was wrapped by “next-redux-wrapper” as a Higher Order Component. To use redux, we have to wrap our component with the function ‘withRedux’.

“next.js” provides a very clean directory structure. There is a special directory “pages”. When you put all your React components into that one, next.js automatically executes:

You just don’t have to worry about configurations of all that stuff, next.js will manage them.

We created 2 directories to place our React component. The first one is pages directory. The second one is the components directory.

next.js also provides a static directory to serve static resources for the web application. All you have to do is place all resources like images, fonts, stylesheets, … into the ‘static’ directory. Then just use it as follows: 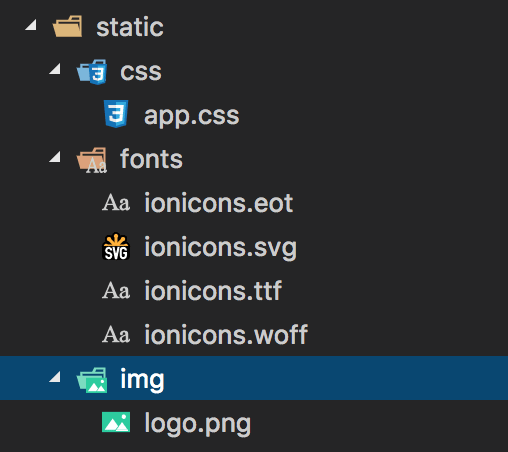 If your module contains many nested directories, this option is going to be complicated. There are many ways to solve this:

You can use the alias feature of webpack to define alias names for your modules (You can check out how to extend webpack config in next.js here). And then just import it as follows:

But every time you add a new directory as a module container, you have to define it in your webpack config.

You can set NODE_PATH into our commands in package.json like:

By setting NODE_PATH, our current position is now at the root directory when we run command “npm run dev”. We can import as follows:

However, this will complicate our commands and if the commands require root path, NODE_PATH needs to be added.

We resolved this by using babel plugin provided by next.js. “babel-plugin-root-import” allows us to configure our root path with specified characters in .babelrc (You can learn how to customize babel config here).

The root path is “@”. So you can import a module at components:

To develop CSS we use the pre-processor Sass with SCSS syntax. Sass provides many functionalities (check them out here). It allows us to

To integrate SCSS with next.js, we also referenced this example.

In production mode, when you browse your site and use “View Page Source” you will see styles are not minified in the HTML document. If our styles are large, that means the time to ship your page to the client is going to increase. 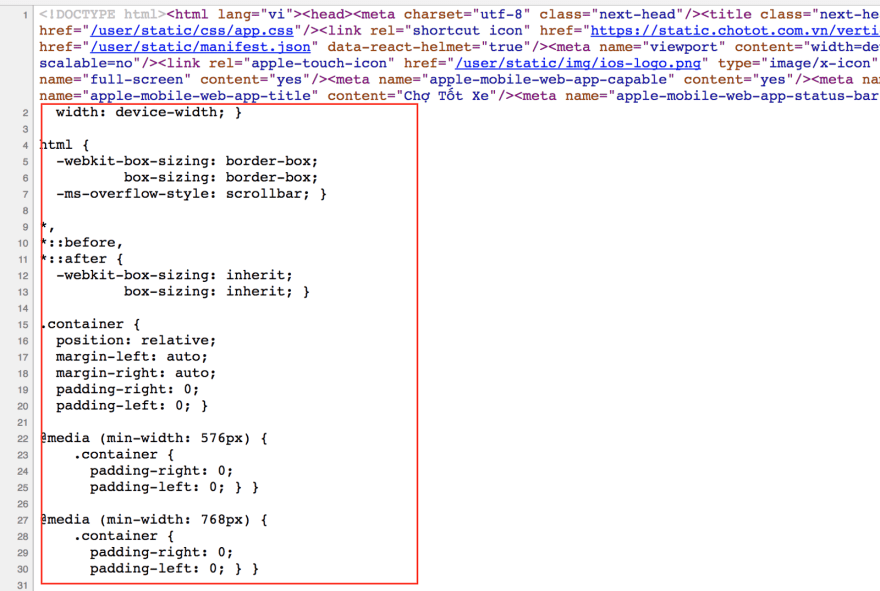 We use gulp and postCSS CLI to manage CSS in production mode. The output of this step will produce an app.css file which includes all minified styles used in our web application.

The idea is each component will have a style file (*.scss). We divided the way to develop CSS with 2 environments.

We created a stateless component called CSSTag to manage CSS at development.

We created ‘app.scss’ which includes all styles of the web application, then we used gulp to build final CSS based on ‘app.scss’.

The final CSS has to meet some rules:

The last step to produce final CSS is auto-prefix. We are using postCSS CLI to auto-prefix final CSS after gulp bundled it. Then includes final CSS to our document via “_document.js” (you can check out here to know how to use extend document)

Here is the diagram that shows the way we manage CSS in production mode:

After completed a project with “next.js”, we used lighthouse to audit our web page. Here is a result. 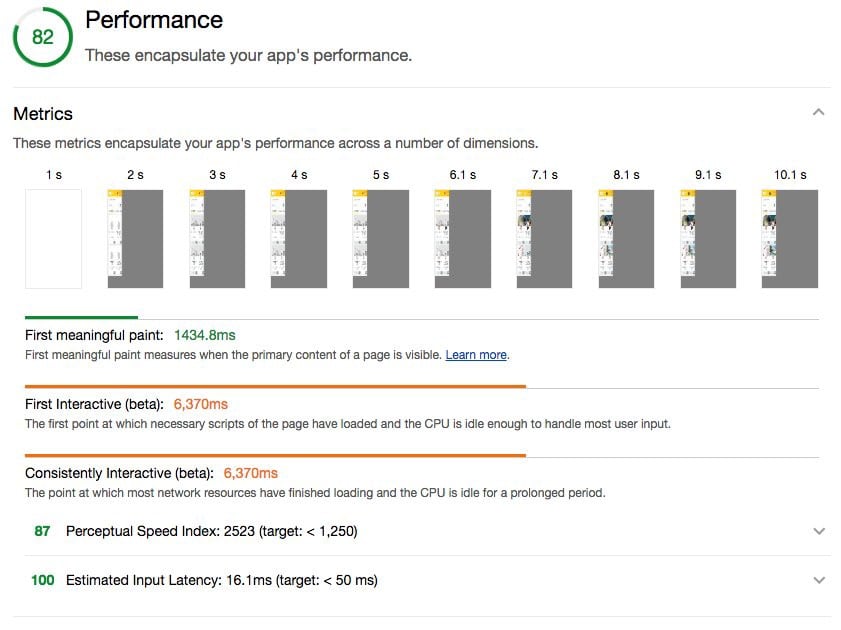 Here is a result of the old one: 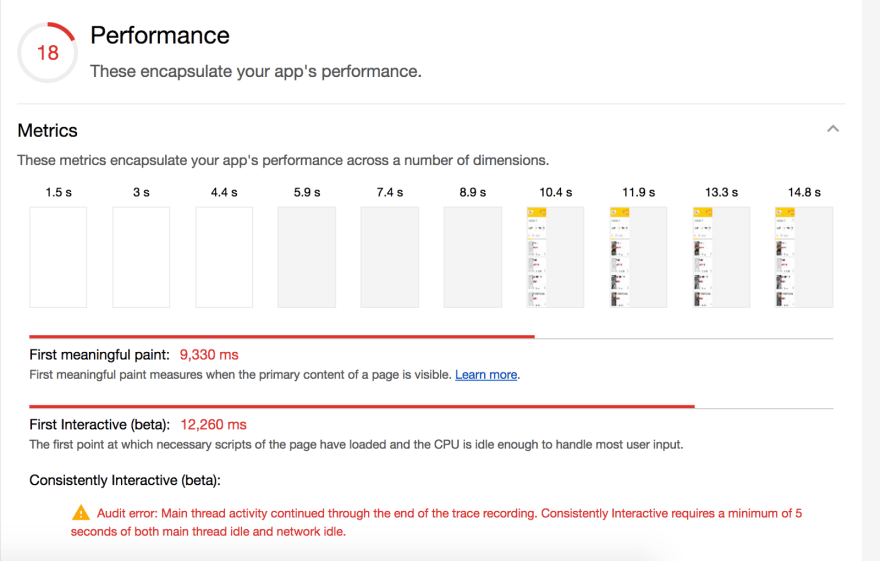 You can see here the Critical Rendering Path of the first result we only need 1.5s for first meaningful paint while the second result is 9.5s. We improved a lot of performance with next.js.

Here is a full demo

Next.js gives us a lot of benefits so far:

With the new feature of next.js 3, we are so excited to apply “dynamic import” into our product to speed up the performance.

(Another) TypeScript starter for Chrome extensions

How to Upload a PWA