Bootstrap has stolen the heart of many developers over the years. This is understandable because it helps developers write shorter and cleaner codes, it saves time and is sophisticated enough to handle a lot of developers concerns especially when it comes to those who do not like writing CSS.

We also have React which has become one of the most popular frontend framework. It has a very large community by it.

Well, there is more good news.

To ensure even easier and faster development with React, Bootstrap has gone ahead to develop a new code base called React-Bootstrap.

React-Bootstrap is still Bootstrap but it has been designed to fit in properly to React. This ensures that there is little or no bug while building your application.

Why Use React-Bootstrap instead of Bootstrap

I want to walk you through the steps to create a simple form in React using React-Bootstrap.

Setting Up Our Project

You can also choose to do it individually like so: 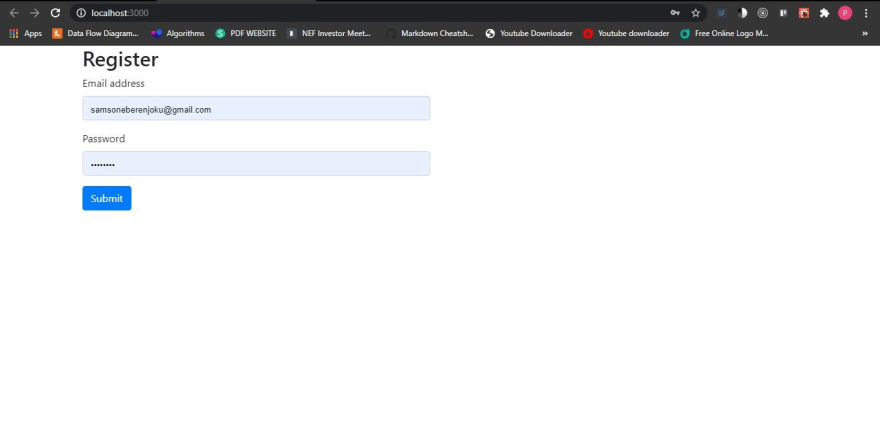 You will notice that only one column is taken. Now your job is to create a LOGIN component with the same code as in the REGISTER component. The add it in the second column. Checkout my output below: 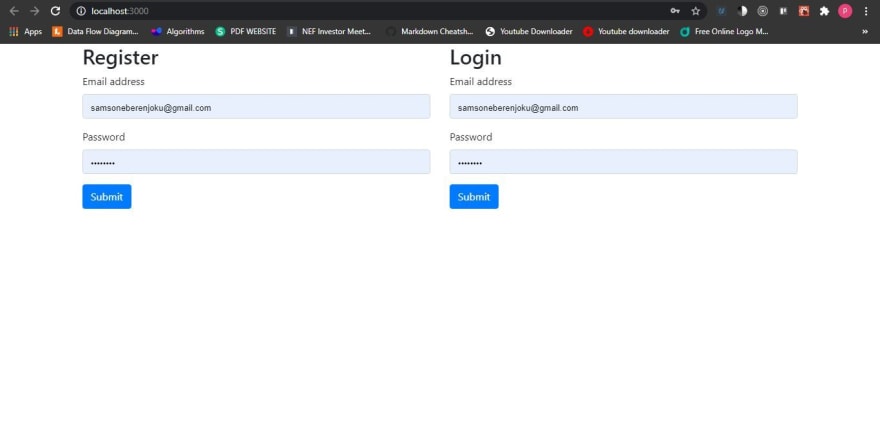 We have so far seen the usefulness of React-Bootstrap over Bootstrap. We have also seen how to use it.

I urge you to take time and look into the documentation. There is a lot of hidden gems there. Only practice can help you dig out the awesome gems in React-Bootstrap.

We will be diving into an Authentication series for react soon. It will be a continuation of this article. Stick around.

Thank you for reading...

How to use Twitter OAuth 2.0 and Passport.js for user login

NJOKU SAMSON EBERE
I am a Software Engineer and Developer Advocate who loves sharing knowledge via writing, videos, mentorship, and working out. Please Subscribe: https://www.youtube.com/channel/UCcz5Bvr4kGHPFAjvnRhIQ4g
How Blockchain Generates Each Block's Hash
#blockchain #javascript #tutorial #beginners
How To Setup A Frontend Project On Any Framework With VITE And Tailwind CSS
#vite #tailwindcss #tutorial #react
Quick Sort Algorithm With JavaScript - All You Need To Know Explained
#javascript #tutorial #algorithms #beginners

Once suspended, ebereplenty will not be able to comment or publish posts until their suspension is removed.

Once unsuspended, ebereplenty will be able to comment and publish posts again.

Once unpublished, all posts by ebereplenty will become hidden and only accessible to themselves.

If ebereplenty is not suspended, they can still re-publish their posts from their dashboard.

Once unpublished, this post will become invisible to the public and only accessible to NJOKU SAMSON EBERE.

Thanks for keeping DEV Community 👩‍💻👨‍💻 safe. Here is what you can do to flag ebereplenty:

Unflagging ebereplenty will restore default visibility to their posts.