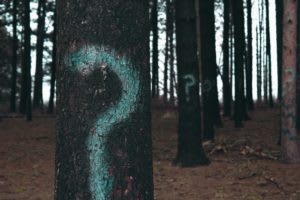 That is a question that I have been answering for years. The answer is an emphatic “NO” in most cases.

What is true is that .NET make it very easy to write slow code. Being more friendly, it is pretty standard for .NET developers being sloppy and uncritical about performance and that, I think, is the main reason why some .NET applications performance sucks.

RavenDB team is doing a great job proving, again and again, that managed code can be so fast as Native Code. Why? Because we pay attention to performance starting from the architecture to the implementation.

When you build your .NET code, the compiler translates it to Intermediate Language and metadata. Then, when you run your code, whenever a method is executed for the first time, the Just in Time Compiler convert it to assembly code. Most of the code optimization happens at this stage (If you want to understand this process, I recommend you to read this post).

The quality of the JITted code is fantastic. Microsoft has improved the JIT, especially quite recently.

In fact, there are advantages in the Managed World:

Remember: Garbage Collection in .NET is deterministic. We can significantly affect how often it runs by controlling the memory allocation patterns, object scope, etc.

Is the Managed Code Slower than the Native Code? appeared first at Elemar JR.

Once suspended, elemarjr will not be able to comment or publish posts until their suspension is removed.

Once unsuspended, elemarjr will be able to comment and publish posts again.

Once unpublished, all posts by elemarjr will become hidden and only accessible to themselves.

If elemarjr is not suspended, they can still re-publish their posts from their dashboard.

Once unpublished, this post will become invisible to the public and only accessible to Elemar Júnior.

Thanks for keeping DEV Community 👩‍💻👨‍💻 safe. Here is what you can do to flag elemarjr:

Unflagging elemarjr will restore default visibility to their posts.