At the beginning of every project, we have to commit to some important decisions. Among the correct decisions we made at Codenation I can cite the use of Go language, the adoption of Clean Architecture and JAMStack and our choice to store the code in a monorepo at Github. In this post, I will write about the latter, and how we solved a common challenge that the monorepo architecture brings.

With the increasing complexity of modern projects, with microservices and distinct user interfaces consuming resources, teams need to decide between splitting the code into multiple repositories or using a monorepo approach. Some companies like Google and DigitalOcean adopted the monorepo, as we can see in the following posts:

In my humble opinion, the main reasons to use a monorepo are the simplicity of repository management and the reuse of code across the team.

But one of the challenges that this choice brings to the project is the potential complexity of automated build and deploy. Considering that all the code of a complex project is stored in the same repository, a change in a single file could trigger the build that can last minutes (or maybe hours) to be done. And this can be a real pain to the team, slowing the day to day productivity. In the DigitalOcean’s post that I cited before, they developed an internal solution, called gta (Go Test Auto), that is not open source. To solve this problem we created a similar solution but using Shell Script.

Currently, this is our project’s directory structure:

We are using Drone.io as our CI/CD solution, that can we consider another good choice that we made. Our build pipeline can be seen in the image below: 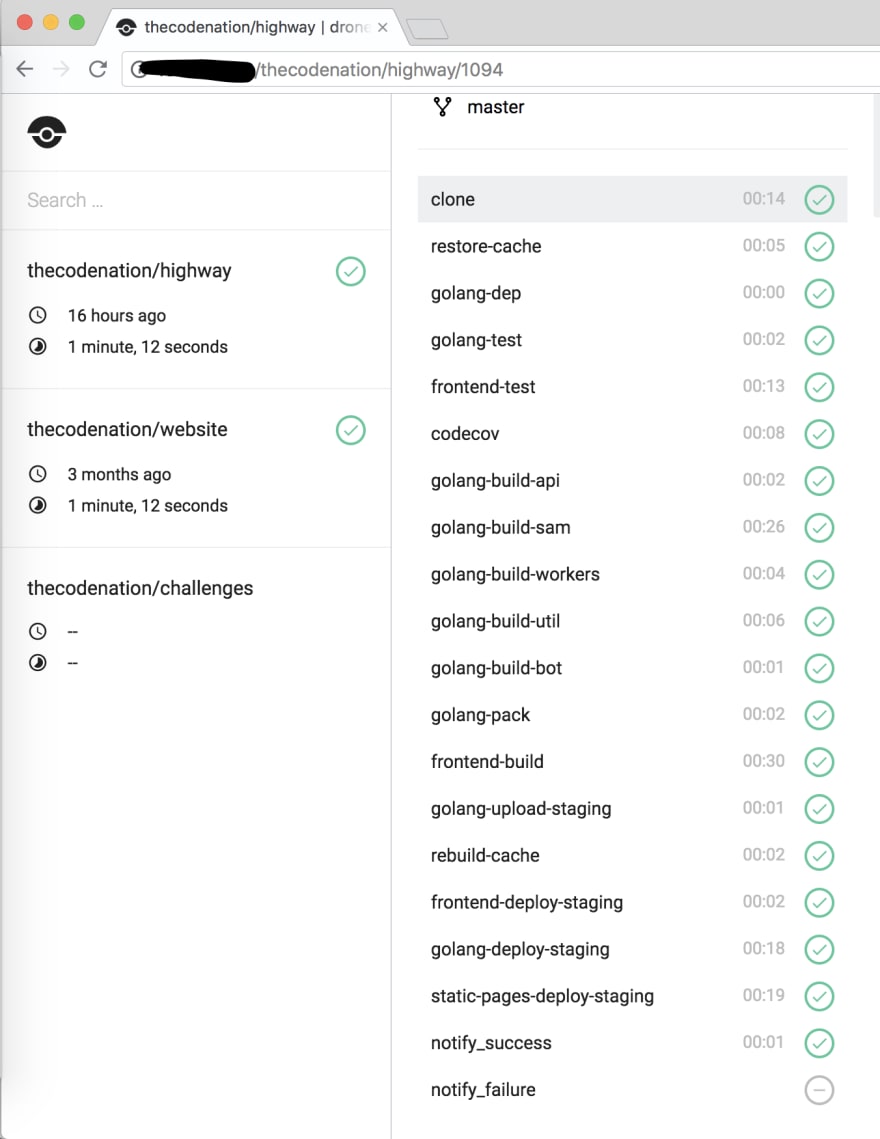 And this is a sample of our .drone.yml config file: 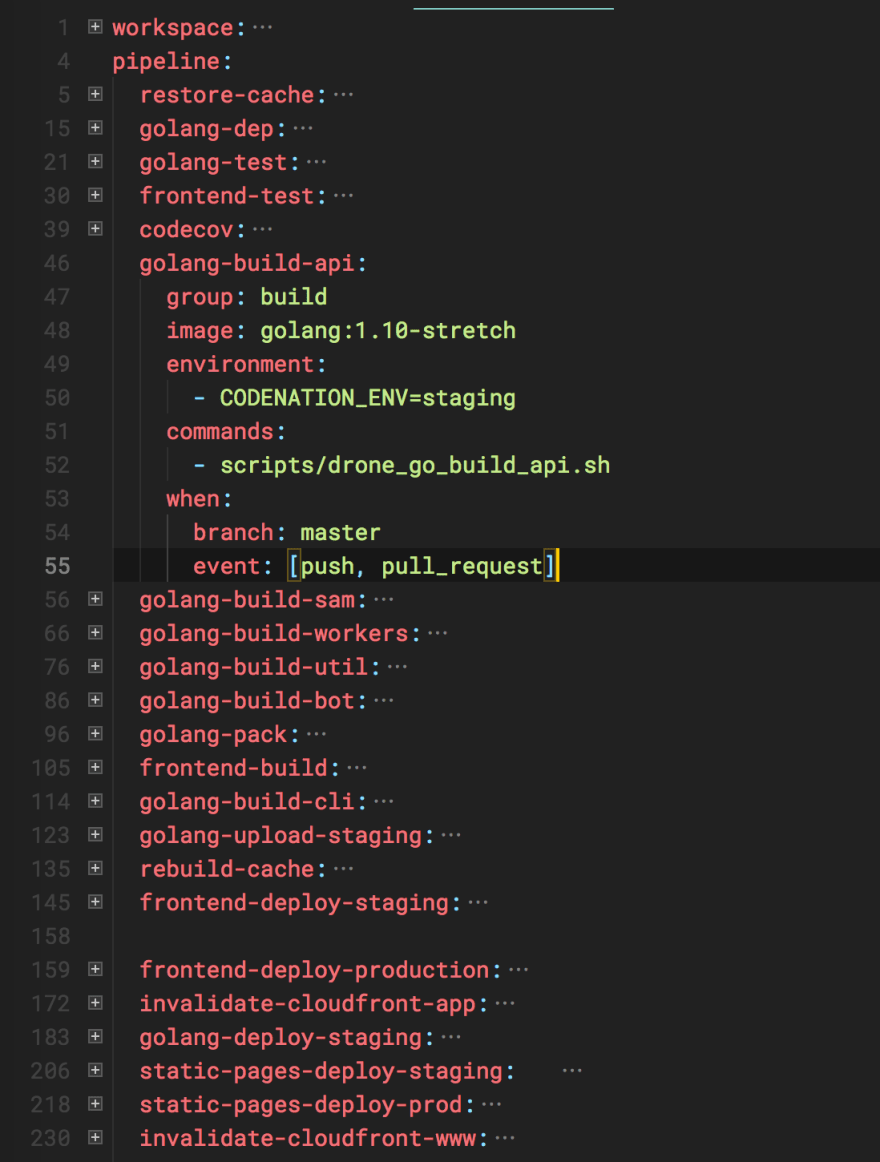 As you can see, the step golang-build-api executes the script drone_go_build_api.sh, that is:

In the variable watch we store the list of directories that need to be monitored to our pipeline decide if the build needs to be run. This decision is made by the script shouldIBuild.sh:

The same configuration exists in all our scripts used by Drone. That way, a change in the frontend won’t trigger the build of the API or the chatbots part of the code. Using this approach we decrease our build time from more than five minutes to a few seconds, depending on the change being commited in the repository.

I believe that this approach can be used with other tools different than Drone and I hope this can help more teams to stick to the monorepo decision with confidence.

User avatars for your next project in 1 API call

Once suspended, eminetto will not be able to comment or publish posts until their suspension is removed.

Once unsuspended, eminetto will be able to comment and publish posts again.

Once unpublished, all posts by eminetto will become hidden and only accessible to themselves.

If eminetto is not suspended, they can still re-publish their posts from their dashboard.

Once unpublished, this post will become invisible to the public and only accessible to Elton Minetto.

Thanks for keeping DEV Community 👩‍💻👨‍💻 safe. Here is what you can do to flag eminetto:

Unflagging eminetto will restore default visibility to their posts.