Do you want to learn about and discover the differences between React vs. Angular? Then keep on reading! I am going to explain to you the similarities, differences, pros, and cons of both React and Angular in this article. You don’t need to be an expert programmer to understand this post but it is encouraged that you are familiar with JavaScript.

*Disclaimer: I have worked extensively with both React and Angular. I used Angular at my job at IBM and React & React Native at my current job. I personally prefer React but will do my best not to taint the article with bias.

History of React vs. Angular

Angular is a JavaScript framework written in TypeScript. It was developed and is maintained by Google, and is described as a “Superheroic JavaScript MVWFramework” on Angular’s webpage. Angular (version 2 and above), originally released in September 2016, is a complete rewrite of AngularJS (released in October 2010). The newest major release is version 6 at the time of writing. Google AdWords, one of the most important projects at Google, uses Angular – so Angular is likely to be around for a while.

React is a JavaScript library developed and maintained by Facebook. It was released in March 2013 and is described as “a JavaScript library for building user interfaces”. React is used far more at Facebook than Angular is at Google if it’s any indication as to how big Facebook is betting on this technology. By this metric, you can also conclude that React will be around for a very long time.

Both Frameworks are available under the MIT license.

Architecture of React vs. Angular

Angular and React have many similarities and many differences. One of them is that Angular is a full-fledged MVC framework and React is merely a JavaScript Library (just the view). Let me elaborate. Angular is considered a framework because it offers strong opinions as to how your application should be structured. It also has much more functionality “out-of-the-box”. You don’t need to decide which routing libraries to use or other such considerations – you can just start coding. However, a drawback is that you have less flexibility – you must use what Angular provides.

Angular provides the following “out of the box”:

React, on the other hand, gives you much more freedom. It only provides the “view” in MVC – you need to solve the M and C on your own. Due to this, you can choose any of your own libraries as you see fit. You will end up using many independent, fast-moving libraries. Because of this, you will need to take care of the corresponding updates and migrations by yourself. In addition, each React project is different and requires a decision requiring its folder hierarchy and architecture. Things can go wrong much more easily due to this. 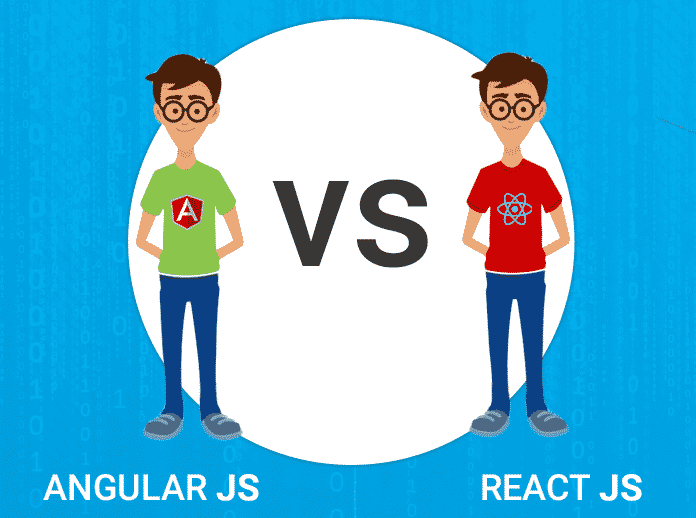 React provides the following “out of the box”:

Instead of classic templates, it has JSX, an XML-like language built on top of JavaScript
XSS protection
No dependency injection
Fetch for Ajax requests
Utilities for unit-testing components

evenmik
Interested in sharing my thoughts and views to the community of developers.
React vs Vue: Which one is better in terms of Performance & Memory Consumption?
#react #beginners #webdev
React Hooks with Typescript : UseCallback, UseMemo, UseContext And UseRef
#react
Angular vs. React vs. Vue: A 2020 comparison
#angular #react #vue