Learn about the changes, how to try it out, and how to give feedback.

As promised, our first-ever beta SDK release is now available! The beta period will last approximately one week, and it is an opportunity for developers to ensure that the new release does not introduce any regressions for their particular system and app configurations.

SDK 40 beta includes React Native 0.63, the same version as SDK 39. The full release notes won't be available until the final release, but you can browse the changes in the expo/expo CHANGELOG to learn more about the scope of the release and any breaking changes.

A few changes to be aware of

How to try out the beta release

You will be able to opt in to using the SDK 40 beta by setting the EXPO_BETA environment variable to 1 (or some truthy value). 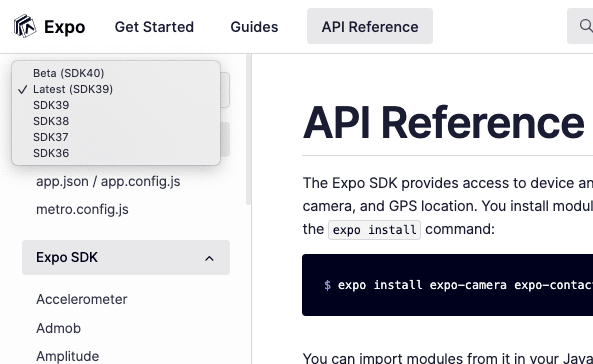 How to report issues

Thank you for helping us with testing the release, we look forward to shipping it soon! 🚀

From Good to Great: The Power of Empathy in Programming

The ultimate answer to Belt vs Js in ReScript

Once suspended, expo will not be able to comment or publish posts until their suspension is removed.

Once unsuspended, expo will be able to comment and publish posts again.

Once unpublished, all posts by expo will become hidden and only accessible to themselves.

If expo is not suspended, they can still re-publish their posts from their dashboard.

Once unpublished, this post will become invisible to the public and only accessible to Expo Team.

Thanks for keeping DEV Community 👩‍💻👨‍💻 safe. Here is what you can do to flag expo:

Unflagging expo will restore default visibility to their posts.