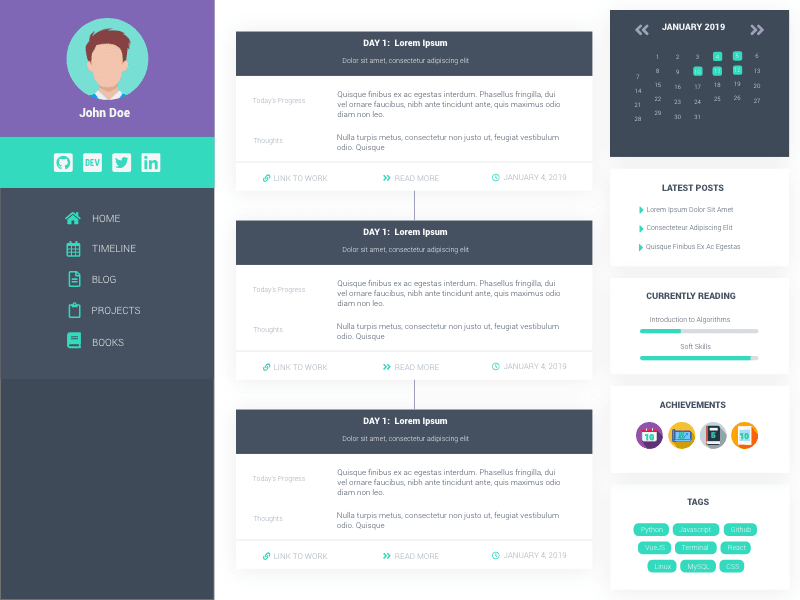 I tried to think about the things that I would like to have when I was taking the challenge and came up with a few things that got implemented into the project.

Why the project was created

Last year I participated in the #100DaysOfCode and was able to complete it but failed to maintain a streak of 100 days. When working on the challenge I became unhappy with the way we log our progress, mostly because I was using a single markdown file.

Slowly a seed grew in my head and I was able to come up with a concrete idea for a project that could offer a better way to keep track of your progress. I also wanted to help folks that never coded before and decided to get into coding by doing the challenge.

The birth of 100DaysOf

Looking at the things I wanted to implement, it was obvious that a single markdown file wouldn't just cut it. So the idea of creating a site for the project came to mind.

Also, there are a lot of people that start coding by committing to the 100DaysOfCode challenge, so I wanted to give them the possibility to set up and have their own version of the site to show off their progress and to be their first portfolio.

I wanted to release the project on the 1st of January mostly because a lot of people commit to the challenge on this date. So I implemented my own version of a scrum board and filled the backlog with everything that I needed to do and started my sprint.

The project was released after 1.5 week - it helped that I was off and had plenty of time. But a lot of things needed to be improved, also I wanted to add achievements to the site just to add a bit of gamification to the challenge.

A lot of liquid tags - if/elif statements - I created the basic logic for the achievements, afterwards all that was needed to do was create the badges. Adobe XD was a great tool to design both the badges but the whole layout of the site.

At the moment I am quite happy with the layout and everything that is implemented. The site doesn't look as good as it should on ipads, but mobile seems okay although it could be improved a bit, so any feedback would be valuable!

Would love to have people using the project, but no one is using it at the moment. Hopefully this will change in the future. Finally, I want to add a few more achievements, perhaps some related to coding languages used.