As we all know creating a mobile application from scratch is definitely a time-consuming and difficult task. Nowadays we expect a lot from an app: contentment during an interaction, fast load, and ease of use. Well, there is no doubt that the mobile era is here. According to The Communications Market Report, the number of mobile users is even greater than the number of desktop users. And this statistics in showing us that without an app, you may be loosing a truly big and important segment of the market. The segment that just prefers to do business that way. 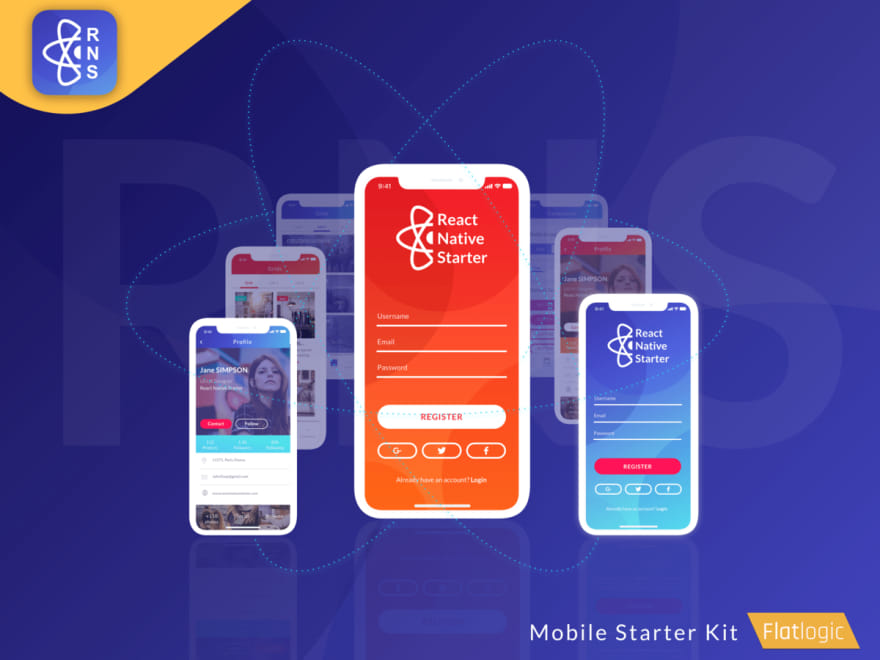 Do not reinvent the wheel

Seriously. It is a fact that there were hundreds of people who had the same problems. If you are not an expert in creating mobile apps then maybe a template created by industry experts could come in handy. Mobile template is a starter project that bootstraps the development of your mobile application. It can kick-start the app development with just a few lines of code. Especially when it comes to the templates that were made according to the latest UX and UI trends. After all, nowadays the difference between apps is just the quality of its user experience (UX).

Time is money. Development, design, business analysis and testing that is just one of the main steps of a huge process of creating an application. And in the end you can have an awful situation when customers just don’t want your app. Sometimes it can happen. I think you should be prepared for such kind of situation. That is why you have to get to the market fast with a prototype. Don’t waste your time and money waiting for a complete app with all the features. Build only with the essential proposition of the app and you will find out soon if the users are ready to buy. Once they do, you will get a lot of important feedback from your paying customers. You might need to make several apps to be successful to keep ahead of the competitors. If you buy one template for several apps you may save quite a lot of money.

Focus only on one key feature in your app

Finally creating your own app is great, but if you are thinking that this is the only app you will ever need, then you might be just expecting too much from it. Applications are most effective when they really focus on a specific aspect of a problem or a task and use only one or two key features. And the only way to know exactly which one is to get real customers feedback.

How to get your prototype in the fastest way? Build the same app for iOS and Android

Is this even possible, you ask? Yes, there is a technology from Facebook called React Native. It is very popular nowadays, and thousands of apps are already using it. Big names like Facebook, Airbnb, Uber, and many other companies are building their latest apps using React Native.

As you might know, it has been gaining in popularity only for one reason: it allows developers to write the same code across different mobile operating systems, it can save you time and therefore money for development. This means that you no longer have to build two separate apps: one for iOS and another for Android.

A research has shown that the world mobile app market is expected to grow to $63 billion by 2020. Using mobile applications shows that your business is strong enough to innovate, but not stick with the norm. Usually mobile apps generate some additional revenues for a company in two main ways: first of all, because most people always carry a mobile device, applications encourage repeat their orders from customers on the go. The main convenience and simplicity of the apps versus going to a web app or a website make it easier for people to buy. And secondly, a company can gain from a new advertising revenue stream through apps. Smartphones allow customers to read basic information, make a choice and purchase without needing to talk to anyone of making calls.

How to Use Supabase Apple OAuth in React Native

Check out our web templates and admin dashboards!