Note: This article is part of the course Introduction to iOS using UIKit I've given many times in the past. The course was originally in Spanish, and I decided to release it in English so more people can read it and hopefully it will help them.

Views in UIKit inherit from the base class UIView. There are specialized type of views, such a buttons, sliders, lists, grids, etc. We can use UIView as it is, or subclass it, or use its subclasses.

It's a text label.

It's a button with a text label on it. We can customize its behavior when it's clicked (more on this later).

For both of them, in the for param, let's use .normal.

It's a view with a image on it.

Most used values of ContentMode:

It's a view that shows an editable one-line text.

It's a view that displays other views inside of it.

What is a life cycle?

A lifecycle is the set of states that define an object from its creation to its destruction.

In case of a controller or view, we aren't allows to modify its life cycle state, but we can react to those changes, and customize what happens when a view or a controller changes its state.

Whenever an object changes its state, a life cycle method (or simply called hook) is executed. We can override any of those methods to customize what will happen in such a case. 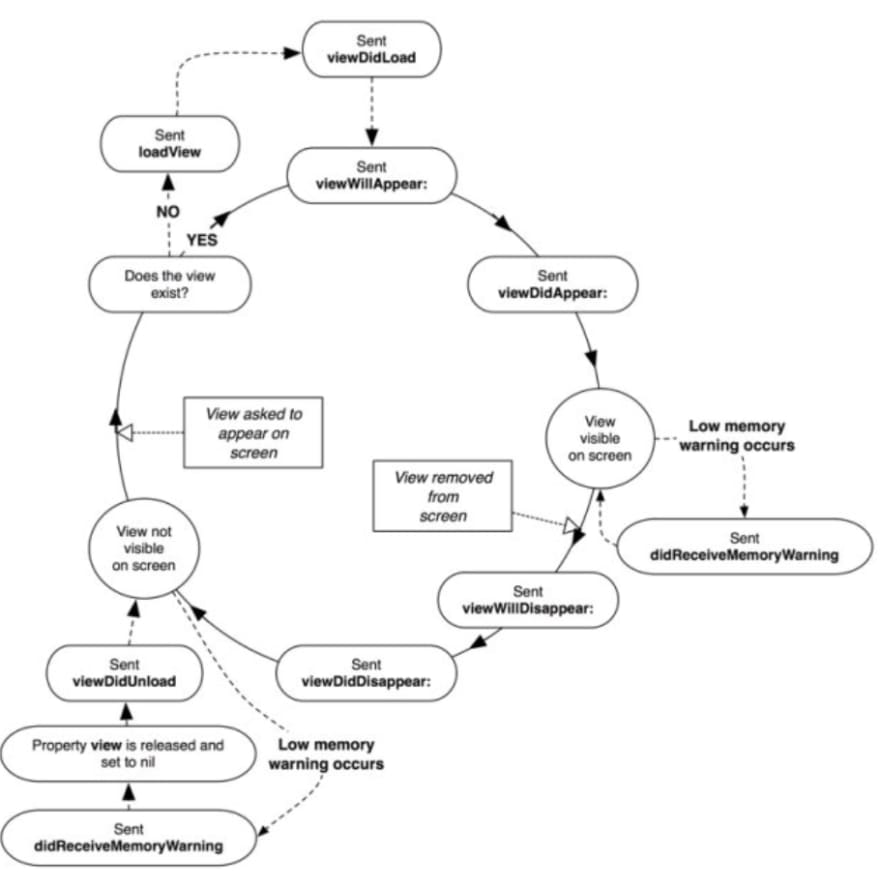 The diagram above shows the different methods in the view controller life cycle and the possible transitions between them.

For this course, we'll just see the most important states and transitions.

A controller has two responsibilities:

Let's say we have this view: 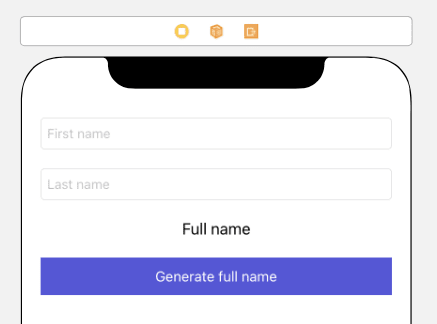 The functionality that we need to add to the controller is to respond to the tap/click event in the UIButton that says "Generate full name", so we can take the text property in the UITextField views for the first and last names, and replace the text in the UILabel that says "Full name".

In order to do this, we need references in the controller for:

Why are these Optional? Because when we instantiate the controller, the view isn't loaded yet! we know when the views are instantiated because the viewDidLoad method is executed. This is VERY important, it will save us from getting random crashes.

To generate an @IBOutlet 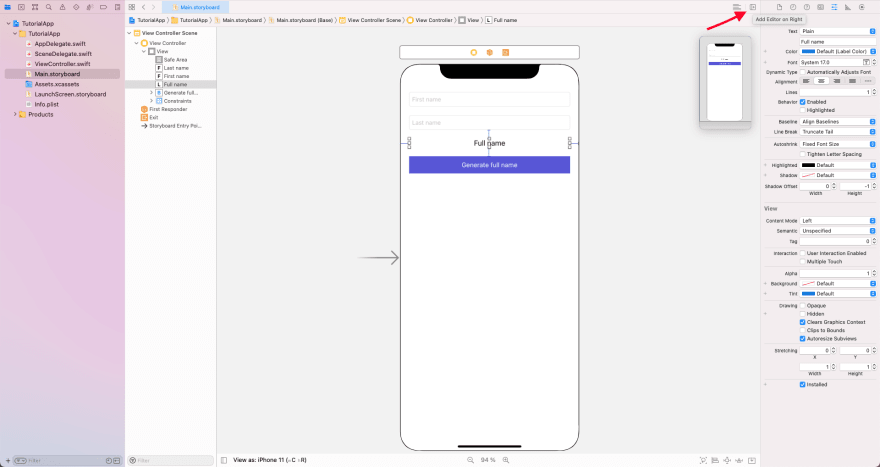 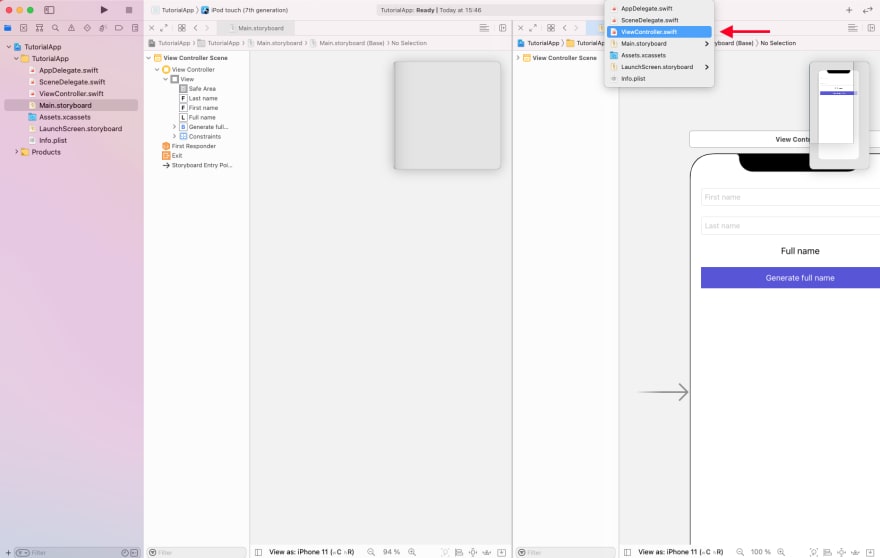 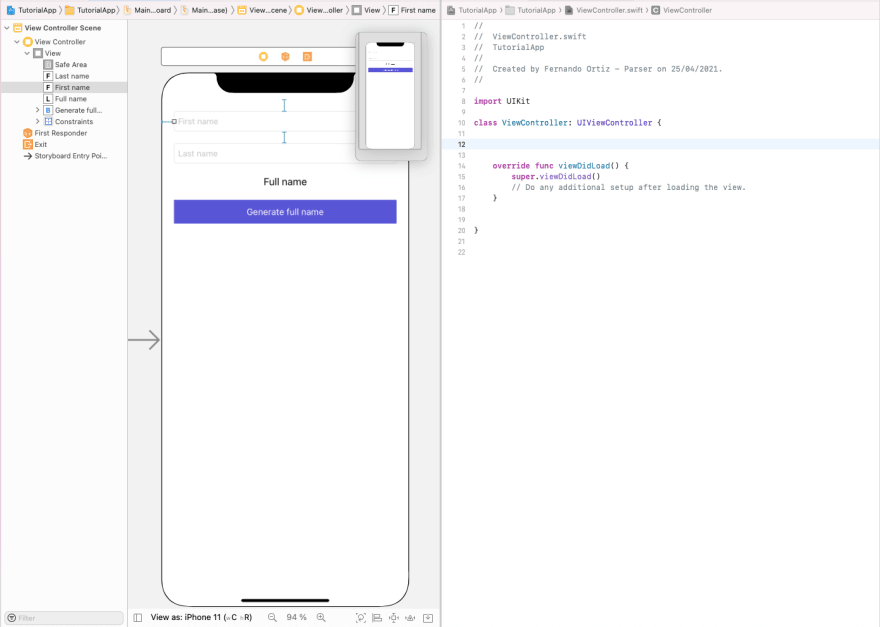 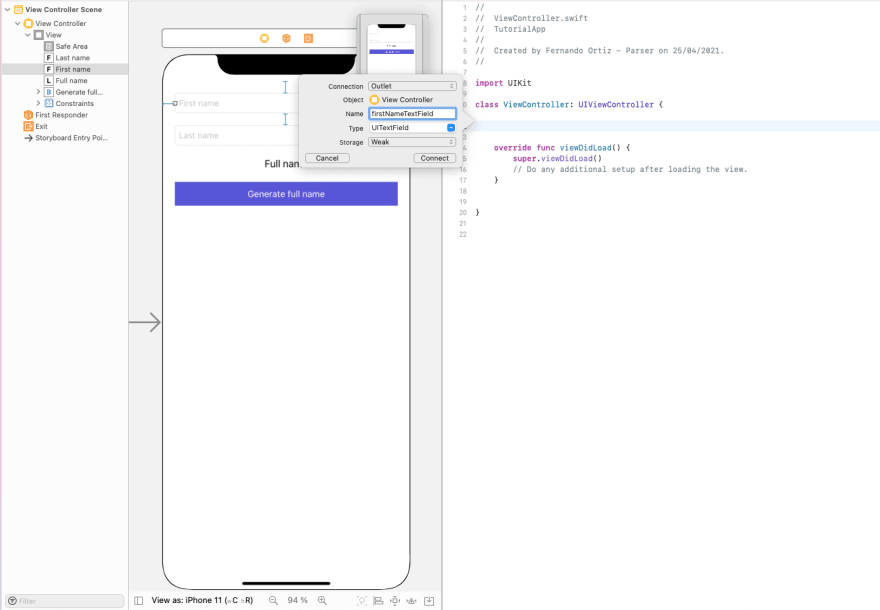 A simple way of ensuring this has worked correctly is to select the view controller in the left editor. In the last tab in the right panel we'll see the names of the @IBOutlet and @IBAction we've linked. 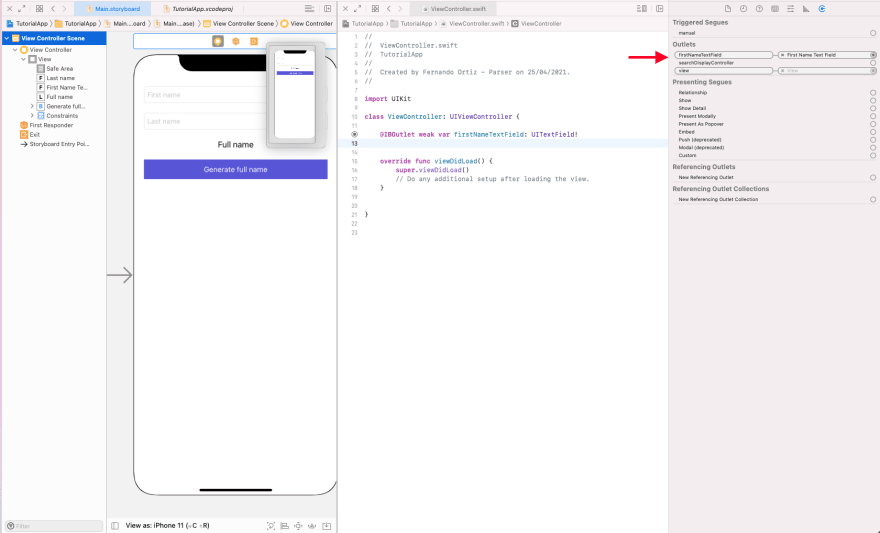 Apart from the @IBOutlet, we'll need to react to the action in the UIButton using an @IBAction, that, as we've already learned, it's a method that will be executed when some action occurs in the view.

The @IBAction for a button might be associated to different events of that button. In general, we'll use the event touchUpInside, which is the most standard tap on the button.

The steps to generate a @IBAction are exactly the same than for generating a @IBOutlet, except that at the end, we need to choose an action instead of an outlet in the last step.

Once views and events are connected, we can insert custom logic to the controller. In this case, we'll need to obtain the first name and last name from the UITextField views, and then assign the concatenation of them to the text property in the UILabel. 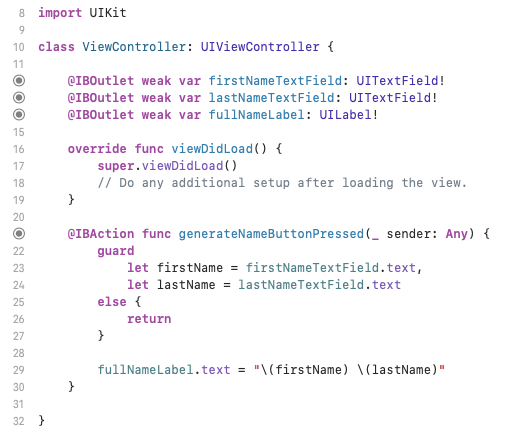 Also... what if we add a textField to customize the amount we will increment or decrement when the buttons are pressed?

Using Postgres as a task queue for rowdy Gophers

How many times have you changed your stack?

How to Solve Flutter LatLngBounds Not Showing in the Accurate Place Issue?

Once suspended, fmo91 will not be able to comment or publish posts until their suspension is removed.

Once unsuspended, fmo91 will be able to comment and publish posts again.

Once unpublished, all posts by fmo91 will become hidden and only accessible to themselves.

If fmo91 is not suspended, they can still re-publish their posts from their dashboard.

Once unpublished, this post will become invisible to the public and only accessible to Fernando Martín Ortiz.

Thanks for keeping DEV Community 👩‍💻👨‍💻 safe. Here is what you can do to flag fmo91:

Unflagging fmo91 will restore default visibility to their posts.