In the second article of the 'Novices guide to DI', before we go into further details, lets talk about the benefits.

Why would we event want to get into the complexity of understanding DI?
What advantages do we have by changing the way we code as discussed in the previous post: 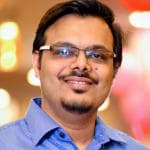 I believe that knowing the advantages of learning a concept gives an extra dose of motivation to break past the mental block and step outside the comfort zone and to reach a place where the complexity fades away and things become more clear.

So these are some of the benefits we get when we actually jump into the world of DI. There are even further benefits to be discussed but those are more specific to using the Dagger library itself, so those I will discuss in a separate post.

Once suspended, funkyidol will not be able to comment or publish posts until their suspension is removed.

Once unsuspended, funkyidol will be able to comment and publish posts again.

Once unpublished, all posts by funkyidol will become hidden and only accessible to themselves.

If funkyidol is not suspended, they can still re-publish their posts from their dashboard.

Once unpublished, this post will become invisible to the public and only accessible to Kshitij Aggarwal.

Thanks for keeping DEV Community 👩‍💻👨‍💻 safe. Here is what you can do to flag funkyidol:

Unflagging funkyidol will restore default visibility to their posts.