Python's fundamentals topics are array and dictionaries, but the basics in object-oriented programming are the gateway through the understanding of more advanced data structures like trees and other data structures, besides being a vital topic for a software engineer.

beginner programmers don't know about different types of programming and advanced beginner uses functional programming without neither knowing It, so let's summarize what we are talking about.

procedural programming is simply typing all the instructions of your program without using functions or using just one main. It is usually used by complete beginners due to being the most intuitive way to write a program. An example may be:

functional programming is simply dividing your program into sub-programs. This is especially useful for large applications and is the most common type of programming, used mostly by advanced beginners. An example may be:

OOP in a nutshell

Object-oriented programming is a paradigm where data is divided into logical units called objects. An object contains data (variables) and methods (functions). Rarely you'll make an object directly in OOP besides for learning purposes. You'll define classes, which are blueprints for creating objects which are instances of that class.

Creating a class in python

To create a class we use the keyword class.
The keyword pass initializes a void function and, believe me, this will be very useful later on:

To initialize a function we use the keyword __init__ as it would be a function for then declare the properties or props, the variables that belong to a class/object.
in the arguments of init have to put at least one variable called self. The name is optional, but is better to use self to avoid confusion writing the program:

For creating an object from the class that we have created we have to assign the class as it would be a function with its arguments in it:

creating an object with properties without inserting them into the object we are creating will lead to an error.

We have now created the object wolf which has 4 legs and has not wings:

The true power of objects relies on what they can do.
A method is a function of the object that can change its status: 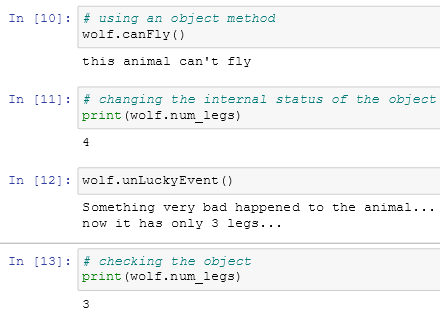 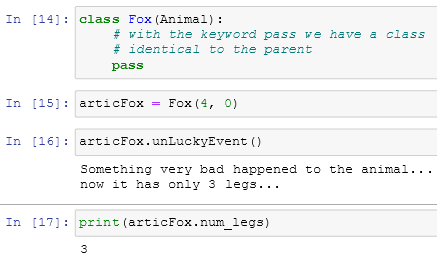 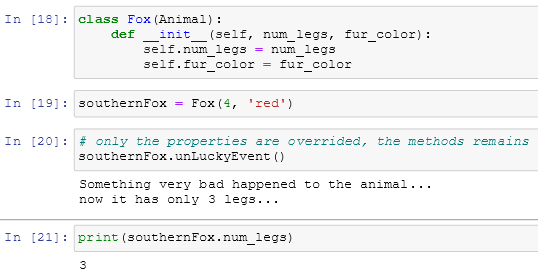 but we don't have to always write all the props while creating the object, we can just assign a value to them if it will be always the same:

the same is true for methods:

footnote: assigning a method to a child class with the same name of a method of a parent class will override the parent's method.

You can find this and other python code in my github. If you have doubts or critics, feel free to leave a comment.