When you ship a new version for your product, the last thing you want to worry about are release notes. They can take a lot of time, you might forget things, and they are often so much hassle maintainers leave them out entirely.

Now, with GitHub's new automatically generated release notes feature, you'll never miss your changelog. Plus auto-generate notes will even include thanks to first time contributors ❤️.

Here's how to automatically generate release notes for your project's next release.

Create a release for your project

When you want to create a new release for your project, make sure you've merged all the pull requests you want to include for that release. Then follow these steps:

1. Navigate to your project's GitHub repo

2. Click "Releases" on the left side of the screen:

5. Type a new version number to create a new tag: 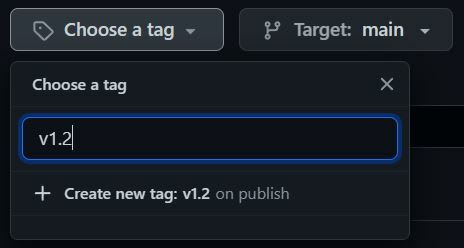 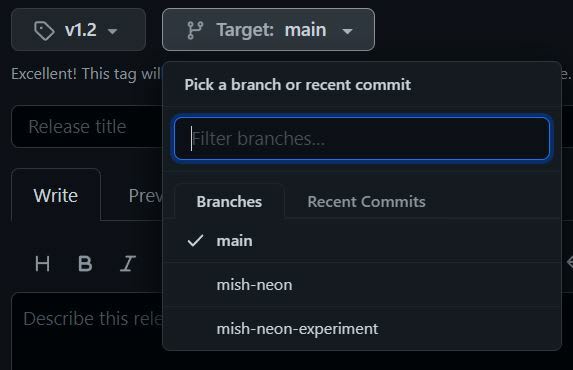 7. If you've selected to create a release from a new tag, the "Auto-generate release notes" button will now be unlocked: 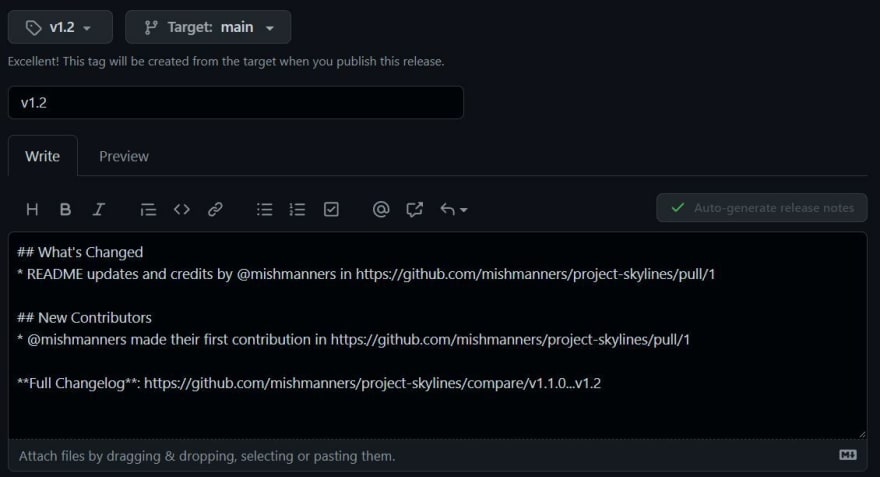 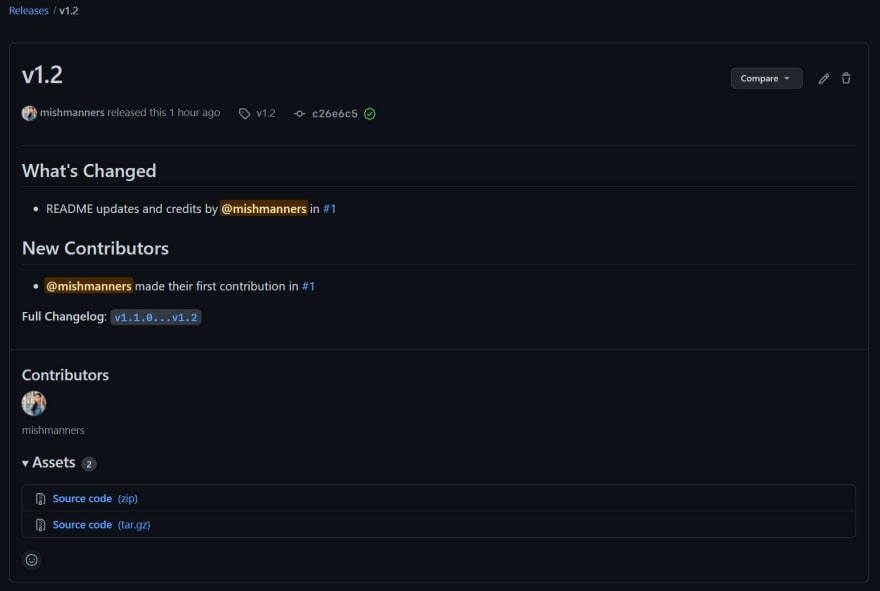 With this new feature, you'll never miss another changelog. Users can react to your release notes. Your release notes will also automatically generate a link to the full changelog where users can compare the changes. The more PRs merged since the previous release, the longer, and more detailed your new release notes.

We've also created a short video to show the above steps in action. You can check it out on our YouTube Shorts page.

We believe in OSS.

It's why we built Forem, the open source community software that powers DEV. You can contribute to the codebase or host your own.

Getting Started with ActivityPub