DEV Community is a community of 787,232 amazing developers

Each month, GitHub publishes a Release Radar. Top community projects who have shipped major version releases during the previous month are featured on the blog post.

How to be featured on the Release Radar

Submit your release for consideration

This repo is designed to collect projects to consider for the GitHub Release Radar. 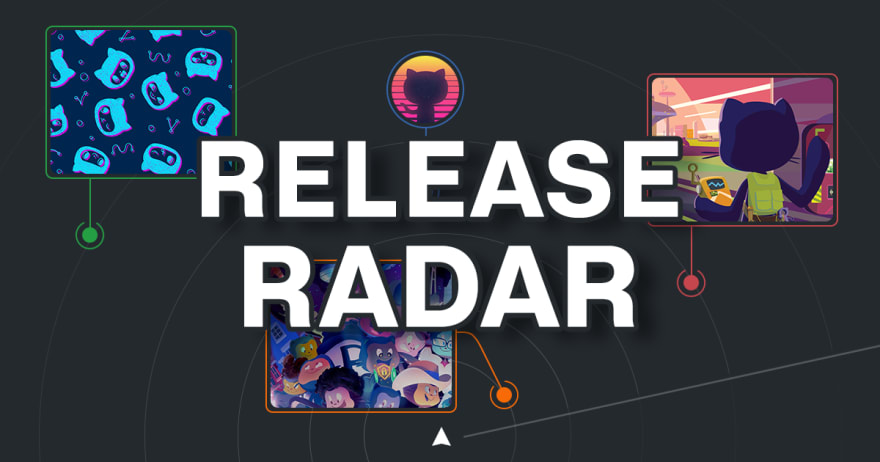 If you're a maintainer, or a contributor of an open source project, and you have a major version release that shipped, we'd love to hear from you.

We can't promise we can feature all projects, but we would love to consider your project.

Fill out this issue to be considered.

If you have questions, check out the FAQs, or get in touch.

In the issue, fill out as much information as possible. The more information you include, the more likely we are to feature you. Side note, we're using GitHub Issue forms to collect information. You can create these forms too.

We get a lot of submissions each month. So while we can't promise we can feature all projects, we would love to consider your project. There are other opportunities to be featured on GitHub videos, social media posts, and more.

We also have a video released which goes out as part of the Release Radar each month. So there's lots of platforms for you to get eyes on your project 👀.

So if you're thinking about it, don't think. Just submit 💥

We also get loads of submissions, so we'll often favour x.0 releases. However, if you have a x.x release with major (or big) changes we'll also consider it.

What's considered a "major" or "big" change is up to you. It's your open source project; whether you're a maintainer or contributor. If you think it's big, submit it.

For more answers regarding submissions and the Release Radar, please check out the FAQs on the repo.

✨ Looking forward to seeing your submissions coming through ✨

How we reduced our nodejs monorepo build time by 70%