These are my quick notes on how to start seriously using vim as a laravel developer. My goal is to replace phpstorm w/ vim and match the feature set. For what I'm doing now, microservices in laravel/php, phpstorm is struggling to keep up.

My apologies they're a bit of a mess as they're undergoing, but wanted to get them out there if anyone has some feedback or suggestions I'd love to hear it! 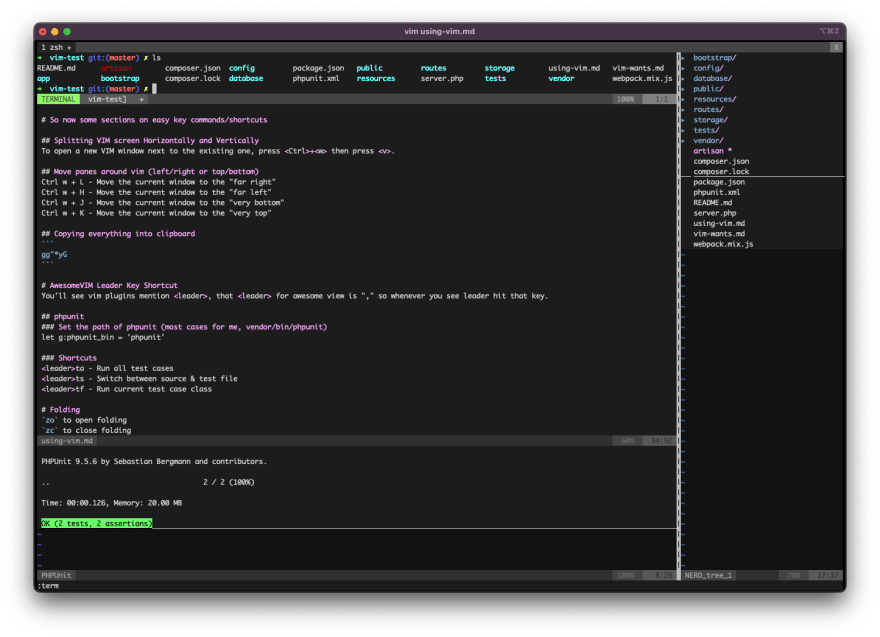 I'd like to make a video to accompany this setup to better describe how to use vim in this way so let me know if that's anything you'd like to see and best of luck in the new vim setup!

Debug in PHP/Laravel Docker with xDebug

Show me your editor theme! 🎨

Once suspended, gjrdiesel will not be able to comment or publish posts until their suspension is removed.

Once unsuspended, gjrdiesel will be able to comment and publish posts again.

Once unpublished, all posts by gjrdiesel will become hidden and only accessible to themselves.

If gjrdiesel is not suspended, they can still re-publish their posts from their dashboard.

Once unpublished, this post will become invisible to the public and only accessible to Justin.

Thanks for keeping DEV Community 👩‍💻👨‍💻 safe. Here is what you can do to flag gjrdiesel:

Unflagging gjrdiesel will restore default visibility to their posts.