Use Hasura Remote Joins to join data from your Postgres database with serverless data in FaunaDB.

This post is a part of our Remote Joins (available in preview) series. Remote Joins in Hasura allows you to join data across tables and remote data sources. You can sign up here if you'd like to be notified when we launch. Head to the PR to check out more details, read the preview docs, and to try out a test Hasura image that you can spin up. Jump on our discord or comment on github and let us know what you think!

FaunaDB is a serverless cloud database for modern applications. It is designed to focus on quick deployment, simplicity of daily operations, and developer’s ease of use. It offers a GraphQL API which can be joined with Hasura using Remote Joins.

In this example, we will look at how a schema in FaunaDB can be joined with existing data in Hasura. Assuming that there is a users table in Hasura with columns id and name, let's get started.

Creating a GraphQL Schema in FaunaDB

Let's insert sample data for the above schema. In the GraphQL Playground, execute this mutation to insert a todo.

This inserts a todo tagging to userId 1.

The GraphQL endpoint requires authentication with a specific FaunaDB database. We need to create a new key with role Server Read-Only 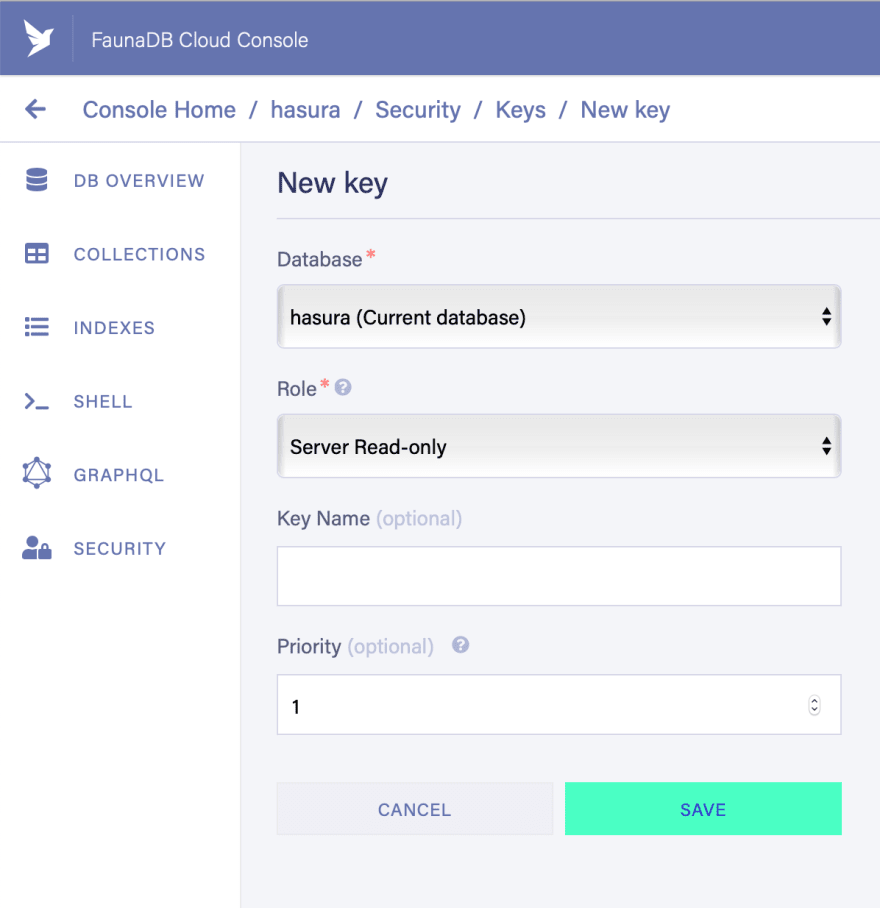 The secret generated must be provided as an HTTP Basic Authorization header, encoded as a Base64 string. For example, if your FaunaDB secret is fnADMxRzydATDKibGAciQlNQWBs-HJdpJS1vJaIM, you can encode it like so:

The trailing colon (:) is required.

To be able to query FaunaDB data via Hasura, it needs to be added as a Remote Schema using the Hasura Console. 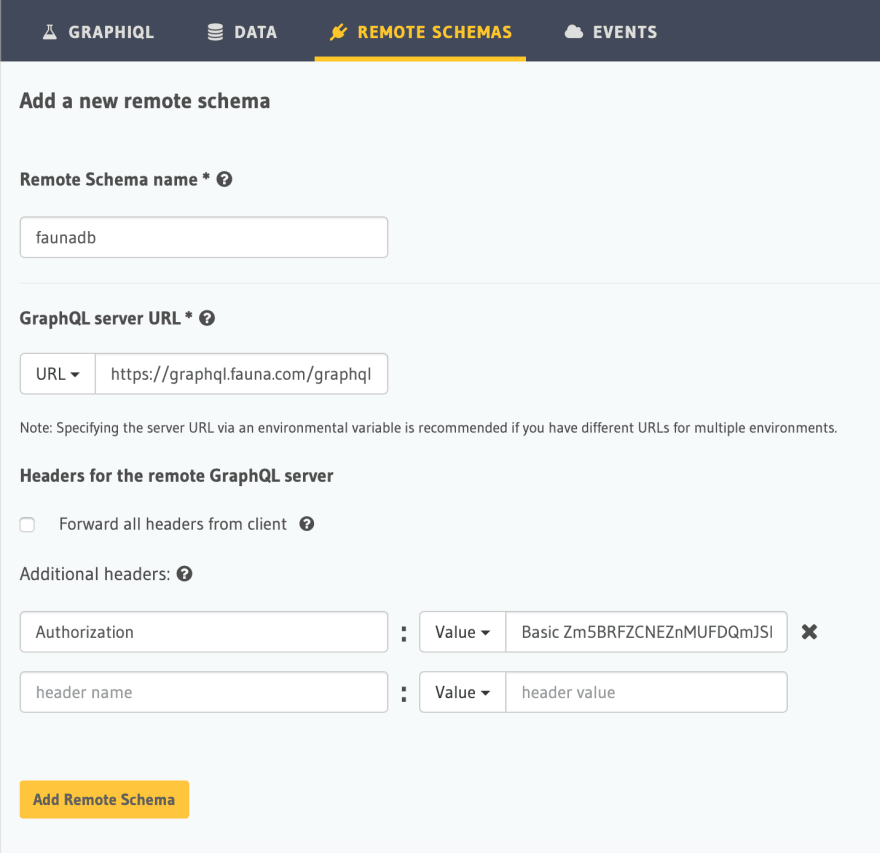 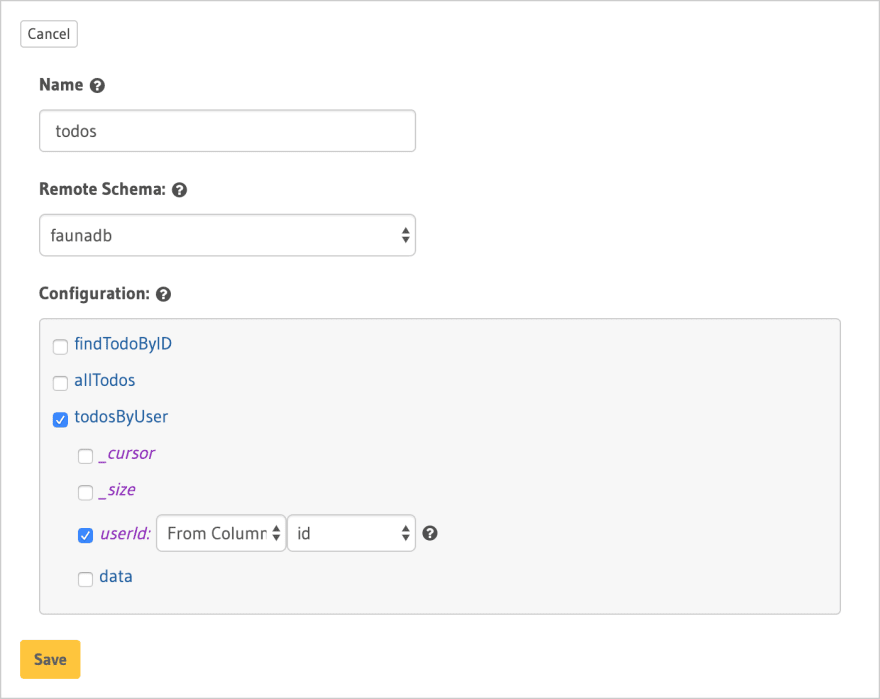 Under configuration for todosByUser, we declare a filter to say:

This ensures that while querying for todos in users, we get only the relevant todos written by the user who is queried for.

Now the GraphQL query to fetch this data in a single API call would look like the following:

Notice that, the nested query todos come from FaunaDB and it will apply the filter of users.id = todos.data.userId, there by only giving todos written by the user.

Making an Audio Visualizer with Redwood

Build a backend API with Serverless, AWS, Express, and Fauna

Getting started with GraphQL in Python with FastAPI and Ariadne

Get started for free
10 Popular Open-Source GraphQL Projects and Tools You Have To Try
#graphql
Building with the Jamstack in 2022
#jamstack #serverless #guidesandtutorials
Comparing Serverless Functions Providers: Vercel vs Netlify vs Gatsby Cloud
#actions #events #serverless