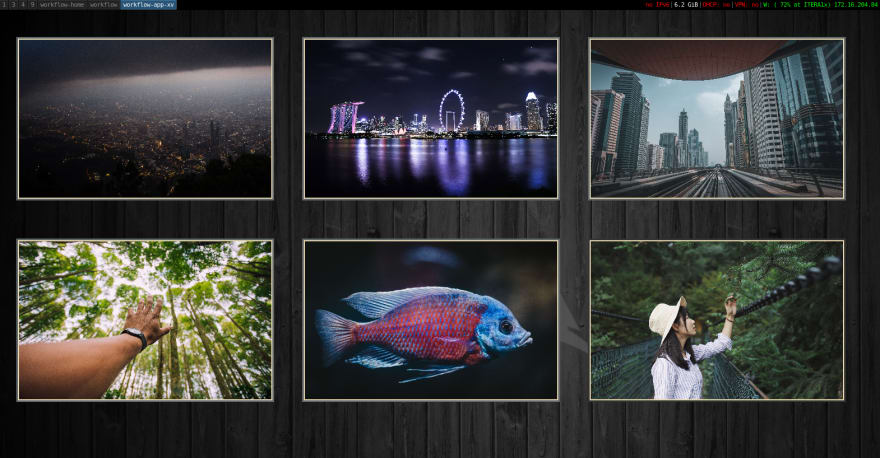 Well maybe not, at least I never did. But hey, let us not get caught up in what we would like to build, and rather see what we can build.

If you are new to workflow, then the introduction post is a good place to start.

The desktop layout above is generated by listing all image files in a folder and opening them in the image viewer xv. The sizes and positions on the screen are defined using the style attribute, just like you would on the web. This is achieved with the following snippet. Check out the full example here.

The folder and files variables contains the path to a folder and an array of files within this folder.

Yoga takes a tree of nodes with Flexbox layout annotations and returns a tree with absolute positions on the screen. The internal layout module of workflow, lets us specify positions for applications on the screen with absolute coordinates. The custom layout node type lets workflow-layout-yoga pass a function to workflow-layout which will be evaluated to convert the Flexbox layouts to the internal workflow node format. If you would like to extend workflow with other ways of doing layouts, the workflow-layout-yoga package is a great example to build from.

Come join the fun at GitHub and Spectrum. :)

Storing values with the useRef hook