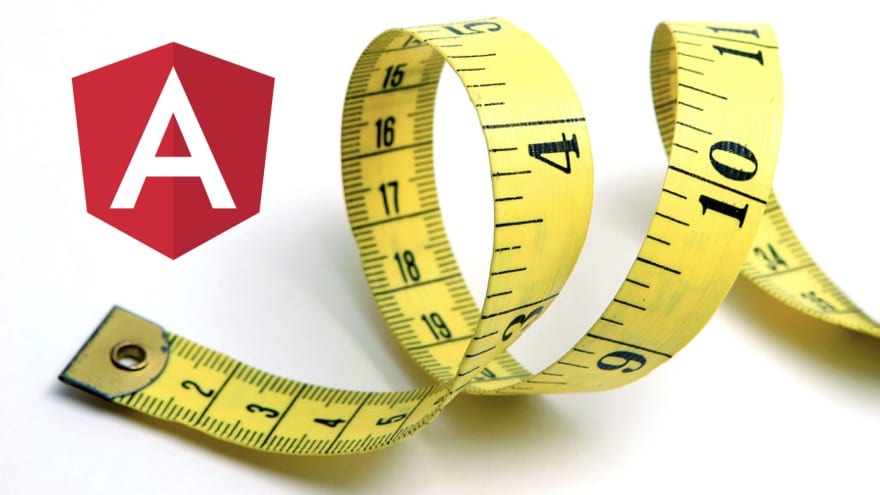 One of the main pieces of profiling an app's performance is measuring how long it takes to route from one view to another *(more comments at end). If you can track over time your app's view-to-view rendering times, then you get the powerful, God-like ability to see at-a-glance when any of your routes have slowed down unexpectedly.

What are you measuring?

When you're measuring the time it takes to route from one view to another, what are you really measuring? While we could spend an afternoon discussing what the most important pieces to measure are, I am going to take another angle. Let me share the user story that I needed to solve.

As a user, I want to measure the time it takes from when I start to navigate until the next page is fully rendered.

So once the navigation starts, the user wants to know how long it takes until the next view is fully rendered. Great! Now that I know what I want to measure, how do I do this in Angular? Let's talk about how I detect these two distinct moments: Navigation Start and View Fully Rendered.

All frontend frameworks that have a router make detecting the beginning of the navigation easy. Angular is no exception. In Angular, we can use the Router for this. The following is a code block that we can run to grab only NavigationStart events, and then track when that happens.

In the above code, I am successfully detecting the start of navigation. Easy!

Now let's look at what we need to do when the next view is fully rendered.

Angular doesn't provide a way for us to intrinsically know that a view has fully rendered. There isn't a lifecycle hook in Angular or React that says "All Things Accounted For, I am Fully Rendered!". The closest thing we have in Angular is AfterViewInit, which only tells you that the initial view of the component has been rendered. Any requests to the server will blow this away.

A Too Simple Approach

But think about that...

You have to modify every single component in your app to detect and report its Fully Rendered event. That means three things:

This was not a good enough solution. So let me tell you what I did. I wanted something that didn't require me to modify every component manually and distribute the detection code across the app. I wanted a federated approach that allowed all of the detection code to be collected into one place. So how can I do that?

An Accurate Approach to Fully Rendered

zonejs to the rescue! One great things about working with Angular is that you already have zonejs in your app. And for this problem, zonejs is PERFECT!!

Anything noteworthy in Angular will create whats called a macrotask in the Angular zone. Any time we fetch new data or the component is deciding if it needs to re-render, a macrotask is created in the zone. So we can ask the zone if it has any macrotasks pending.

Once the NavitationStart fires, you can use some code like this:

At this point, we have detected both the NavigationStart as well as the Fully Rendered moments. We can now use something like PerfumeJS to begin measuring these times. Once PerfumeJS measures the times, we need to stick those into our analytics database so that we can begin to track these over time.

Viewing this data over time on a per-route basis allows you to understand you apps in very meaningful ways. If an API ever slows down, the views affected will load slower, and this test will tell you. If someone checked in some bad code that is killing the app performance, this will tell you.

I invite everyone to begin checking out their apps performance and using approaches like this to do that.

In your app, if you have any long running setInterval calls then it is possible that the macrotasks never settle in your app. If this method doesn't work for you, then you have other issues in your app. It is very easy to find a third-party component or library that will have a setInterval that will prevent your app's zone from ever settle back to zero pending macrotasks. How to find and fix these issues is the topic of another blogpost, another day. If anyone is in this situation and would like to chat about getting it fixed, please DM me on twitter :)

* Regarding the most important things to measure on your apps performance... there are a lot of things to measure. Things like time to first byte or time to first meaningful content. This post is not to declare that this is the most important piece of frontend performance measuring. It is, however, something that should matter when you look at how your app is performing.

I am a front-end architect. I help teams establish practices for building high-quality software. I ship high-quality code quickly. I teach people better ways of building the web.

HeroDevs is a group of expert web developers. We are Google Developer Experts. We can help your teams with consulting, contracting and training on web projects.
Code of Conduct • Report abuse

looking for answers !, strapi vs nest js for my next project

Should I use event delegation in React?