Last time I shared some thoughts on Google Analytics, I planned to implement a Google Analytics that can be deployed privately, and after months of trying, I finally finished writing the prototype. It's only the simplest of features at the moment, with some killer features to be added later... 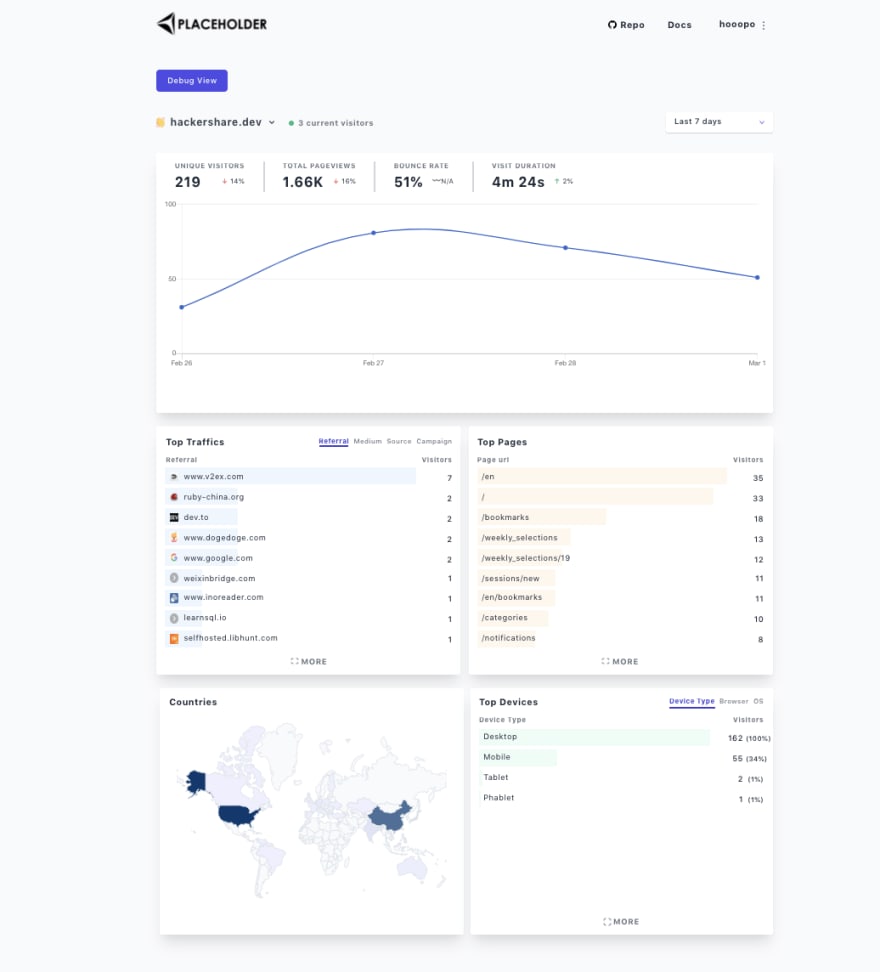 Tested with a 6C cloud server, can handle about 15k rps, can do some more optimizations and compare with open source competitor.

Once suspended, hooopo will not be able to comment or publish posts until their suspension is removed.

Once unsuspended, hooopo will be able to comment and publish posts again.

Once unpublished, all posts by hooopo will become hidden and only accessible to themselves.

If hooopo is not suspended, they can still re-publish their posts from their dashboard.