Who would've thought that auditing Telescope requires taking notes to make sure everything was up and running? :O

For this week, it was once again a quiet week. I wrote a draft PR to introduce some TS, Next, and MUI theme links for new Telescope developers. You can find that here. It's always tough writing documentation for new developers because unless you're in their shoes, it's hard to really say what's suitable for them or not. I'm going to leave this PR up for a few days before I ultimately merge it in. Fitting considering my first real contribution to Telescope was a fix to one of the documentation pages.

In terms of progress this week, this was once again a very light week. I was assigned multitude of issues related to auditing the next front-end, making sure our design choices were being followed. These were the following two:

We made the decision early on in the Next port to not use React.FC, and by the end of it, only the Banner component was still using it. Minh managed to land it this week so this was a no-brainer. The second one took some careful thinking, because we had some similar components that we decided to group together and export using an index.ts, similar to in Gatsby. These were the login components, searchInput components, header componenets, and the posts componenets. All of these made sense to group together since they all had similar functionality. The rest of the code were all directly exported. I therefore concluded, that this was also good to go once the banner component landed.

Speaking of the Banner component, I spent some time reviewing it. Minh had some trouble with rebasing so he made a new PR for it. Here's what I mentioned: 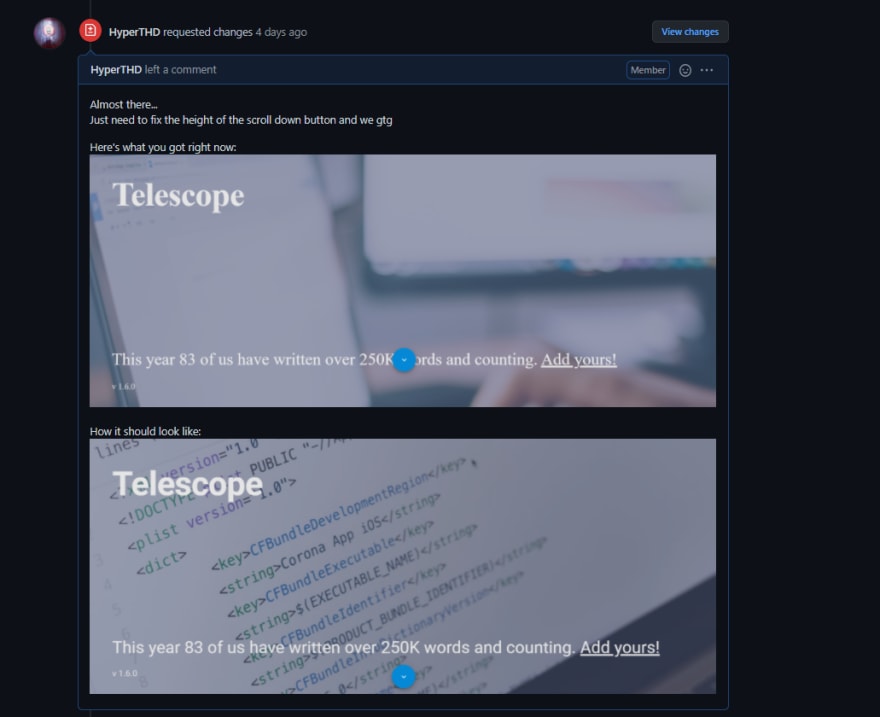 You can find the Banner PR here.

I also helped out Chris and Anton with figuring out some labels for dependabot and did some overall review that helped Anton land his PR related to this and well...

I'll leave you all with this. 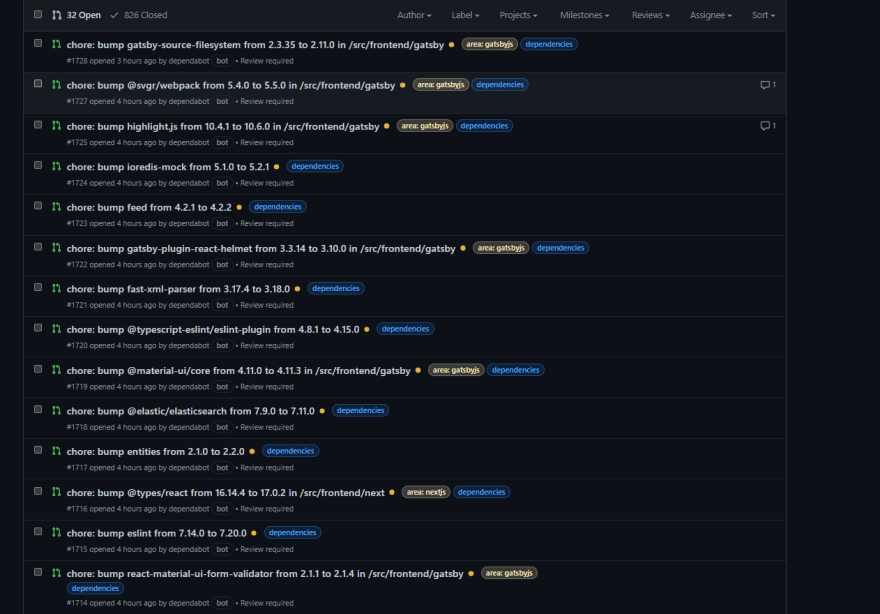 Overall, another quiet week, which I can appreciate since it let's me catch up on my other classes. I plan to become more active on the Microservices once they finally land and we have a solid base to build upon. We have a solid foundation coming up from both David, and Chris. Anton also asked for me to help him with researching about SEO and how we can improve and create them using a Sitemap. You can find that issue here. With many of my 1.7 related issues and PRs dealt with, I had a chance to help out some colleagues dealing with a lot of issues on their hands, so helping to take this one off his back is something I'm sure he'll appreciate if I can land this by next week.

Next time, 1.7 releases. Not a huge rush to get these PRs in, but this release is more about building the foundation that will allow us to successfully land many new features for Telescope 2.0. Until next time, stay tuned!