At some point, everything is gonna be automated right? At least we know who to blame if AI suddenly takes over am I right?

Anyway, for our first big release for DPS909, we were tasked with creating a CMD tool that can detect broken URLs. I decided to make mine look very much like a conveyer belt for reasons I will keep to myself. I chose to use python for this since I had did a summer course over the summer in python and I felt more comfortable with the tools the language had to accomplish this task.

Here's a picture showcasing how it should operate: 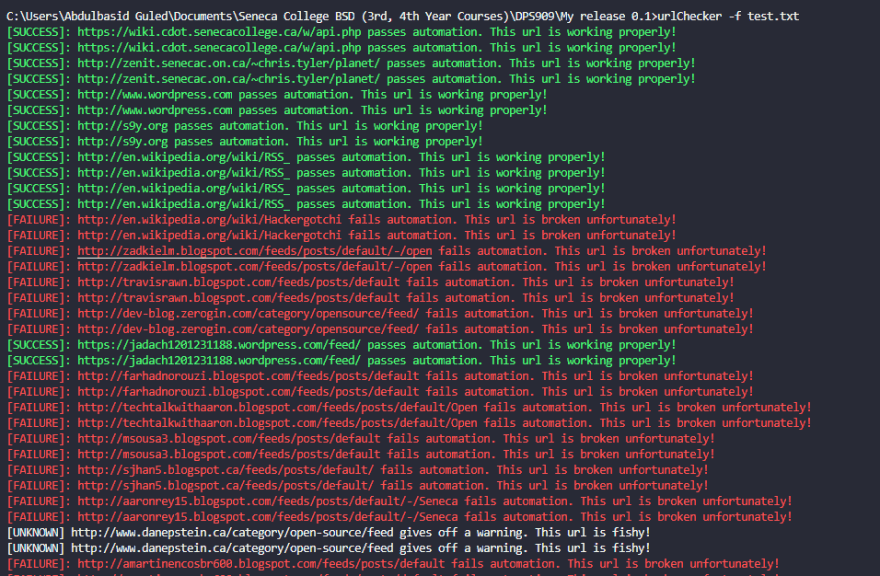 Here's a few options that you can find:

In terms of the output, it will display as follows:

This is all based on the status code that is returned. A head request is made each time in order to decrease the amount of time taken making a request as opposed to a get request.

When you download the repo, make sure to run the following:

This will install all necessary libraries needed to run the application using the setup.py file included, of which the following were used:

This release 0.1 project was an interesting project and one that has changed throughout the two weeks I've been working on it. I originally had just a main method do everything, but I changed it to operate via a class that was imported to the main function in order to also add in the extra functionality of checking a separate url.

With this, the first of 4 releases for this open source class is now complete. As October comes close, Hacktoberfest looms. Time for me to find a repo to start making commits to. Until next time guys, stay tuned

What was the first program you wrote?

Getting around prop immutability in Vue.js