Admittedly created long before year 2000, this type of architecture became popular in web applications around that time.

Layers are a way to separate responsibilities and manage dependencies. Each layer has a specific responsibility. A higher layer can use services in a lower layer, but not the other way around.
Tiers are physically separated, running on separate machines. A tier can call to another tier directly, or use asynchronous messaging (message queue).

Typical app consist of 3 layers:
Presentation Layer holds the Part that the User can interact with, e.g. WebApi.
Business Logic holds all the logics related to the business requirements.
Data Access Layer usually holds ORMs to access the Database 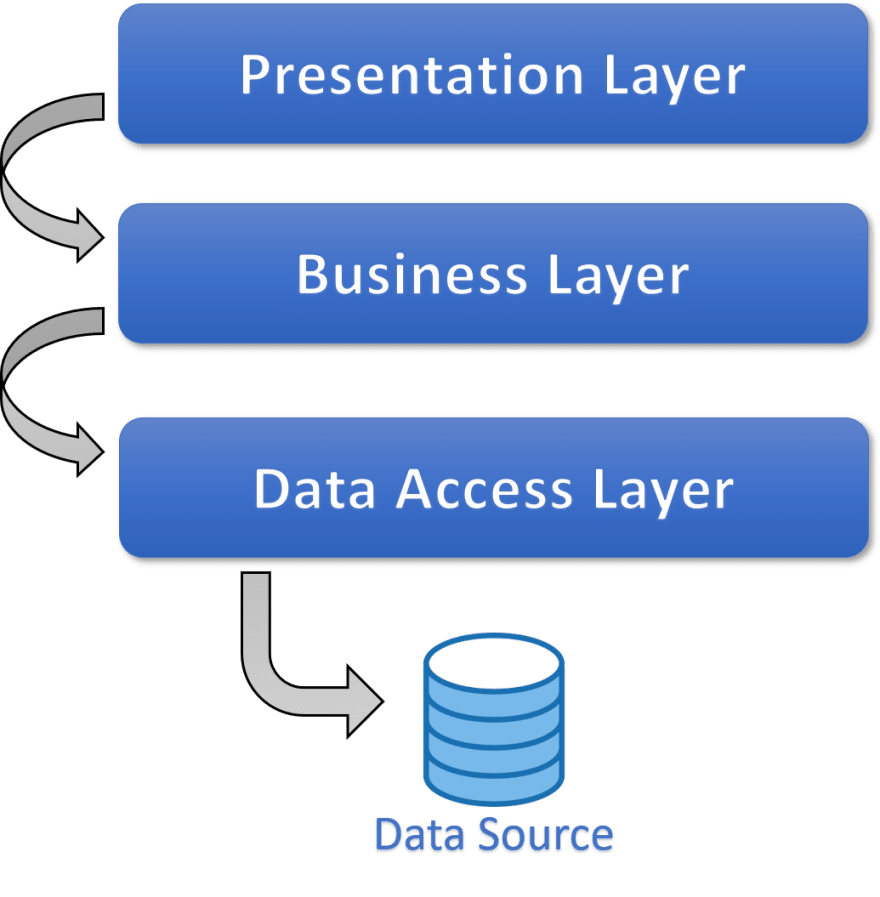 It is not restricted to 3 tiers. A tier can call to another tier directly, or use asynchronous messaging (message queue).
Although each layer might be hosted in its own tier, that's not required. Several layers might be hosted on the same tier.

Ports and Adapters or also known as Hexagonal Architecture, is a popular architecture invented by Alistair Cockburn in 2005.
"Allow an application to equally be driven by users, programs, automated test or batch scripts, and to be developed and tested in isolation from its eventual run-time devices and databases."
This is one of the many forms of DDD (Domain Driven Design Architecture)

The idea of Ports and Adapters is that the application is central to your system. All the inputs and outputs reach or leave the core of the application through a port. This port isolates the application from external technologies, tools and delivery mechanics.

Using this port/adapter design, with our application in the centre of the system, allows us to keep the application isolated from the implementation details like ephemeral technologies, tools and delivery mechanisms, making it easier and faster to test and to replace implementations.

he Onion Architecture was introduced by Jeffrey Palermo in 2008:
https://jeffreypalermo.com/2008/07/the-onion-architecture-part-1/
This is an evolution of Ports & Adapters Architecture.

The idea of the Onion Architecture is to place the Domain and Services Layers at the center of your application, and externalize the Presentation and Infrastructure. 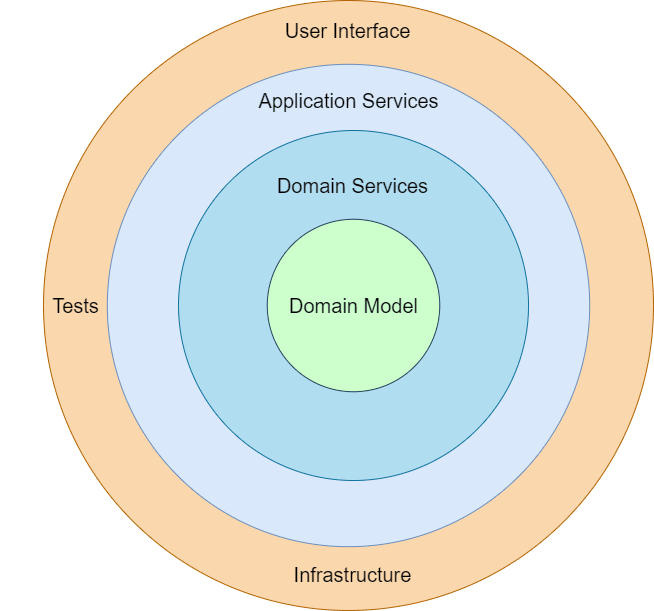 In traditional architectures, the same data model is used to query and update a database. That’s simple and works well for basic CRUD operations. In more complex applications, however, this approach can become unwieldy. For example, on the read side, the application may perform many different queries, returning data transfer objects (DTOs) with different shapes. Object mapping can become complicated. On the write side, the model may implement complex validation and business logic. As a result, you can end up with an overly complex model that does too much.
Read and write workloads are often asymmetrical, with very different performance and scale requirements.
There is often a mismatch between the read and write representations of the data, such as additional columns or properties.

CQRS addresses separate reads and writes into separate models, using commands to update data, and queries to read data.
Commands should be task-based, rather than data-centric. (“Book hotel room,” not “set ReservationStatus to Reserved.”) Commands may be placed on a queue for asynchronous processing, rather than being processed synchronously.
Queries never modify the database. A query returns a DTO that does not encapsulate any domain knowledge.

MediatR is an open source implementation of the mediator pattern. It allows you to compose messages, create and listen for events using synchronous or asynchronous patterns.

See how CQRS implementation with MediatR in ASP.NET Core allows to significantly simplify Controller's code.
Before

The source of the demo can be downloaded from https://github.com/i-b1/OnionArchitectureDemo

Thank you for reading, next step would be to consider how Onion stacks up against CATs (Cloud Application Technologies???) and microservices. 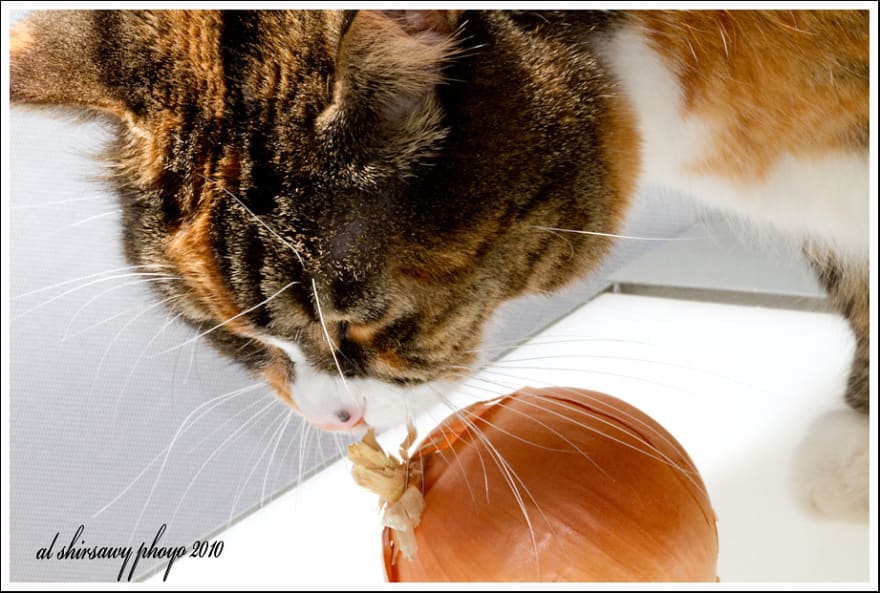 Photo by HalGatewood.com on Unsplash

Igor Bertnyk
Since the first ping-pong game written in Basic on a computer that I built myself from the components bought on a black market, programming became my passion which continues to this day.
How to pass Google Cloud Architect Certification exam
#gcp #googlecloud #architecture #certification
User Experience: How to design a train station... NOT!
#ux #design #productivity #architecture