TL;DR: I've built hacktoberfest.cube.dev. Have a look, it's fascinating.

I guess that you should've definitely heard about Hacktoberfest 2020 even if you didn't have a chance to participate in it. Indeed, this year was quite special. Oh, wait, who said Spamtoberfest? 😂

Lots of people joined Hacktoberfest to make positive contributions to open source (or just get a T-shirt 🤷), so organizers needed to introduce additional rules along the way to fight against spammy pull requests.

So I thought it's a good excuse to tinker with Hacktoberfest data and build yet another interactive analytical website. Especially because I'm quite familiar with Cube.js, an open source tool which makes building such apps a breeze. 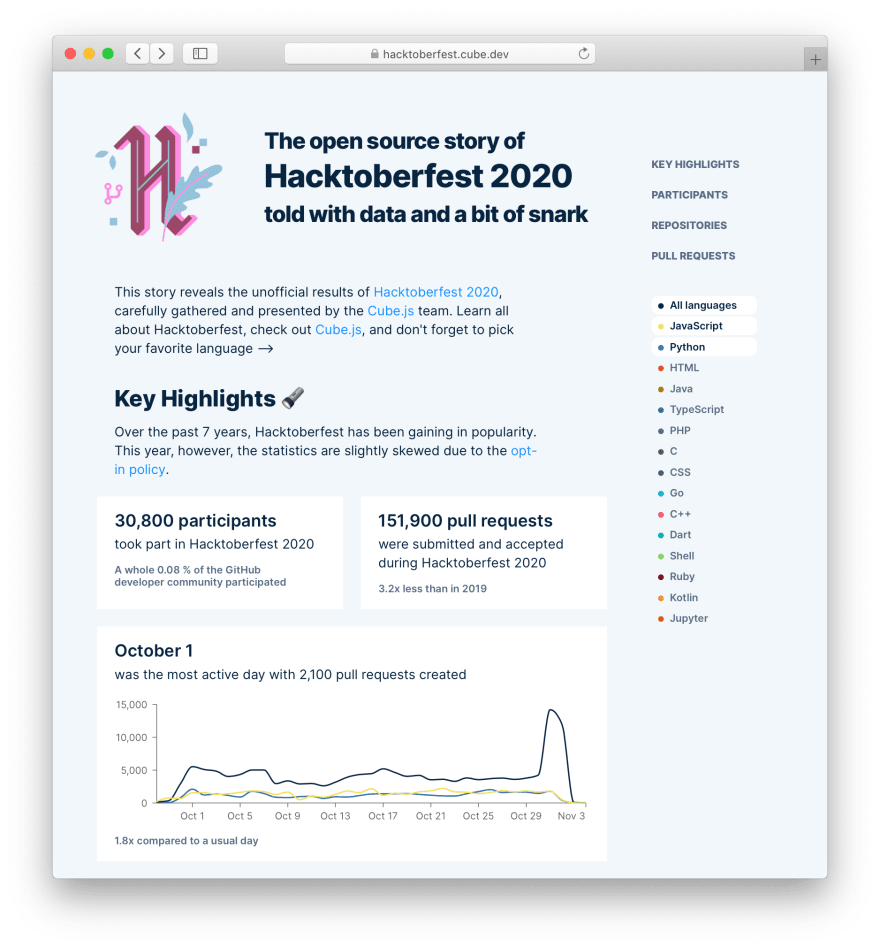 Have a look and you'll know:

I'm going to write a series of posts and tell how to build such an analytical website from scratch. Here're the topics I'm going to cover:

So, if you're interested in these topics, make sure to follow me and leave a comment about the details you want me to cover and your previous experience with analytical apps, if any. 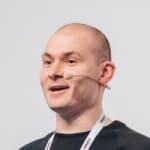 Once suspended, igorlukanin will not be able to comment or publish posts until their suspension is removed.

Once unsuspended, igorlukanin will be able to comment and publish posts again.

Once unpublished, all posts by igorlukanin will become hidden and only accessible to themselves.

If igorlukanin is not suspended, they can still re-publish their posts from their dashboard.

Once unpublished, this post will become invisible to the public and only accessible to Igor Lukanin.

Thanks for keeping DEV Community 👩‍💻👨‍💻 safe. Here is what you can do to flag igorlukanin:

Unflagging igorlukanin will restore default visibility to their posts.