Following four developer previews, Google has finally released the first public beta version of Android 11. However, it's currently available to download only for Pixel 2+ phones.

While we're still a few months away from the final build being available for everyone, Android 11 Beta gives us a pretty accurate picture of the new features and improvements coming to the next version of the mobile OS.

Wondering what the final release of Android 11 will be offering to you? Here's everything you need to know.

According to Google itself, the final public release is expected to release in Q3, most probably August 2020. Take a look at Google's timeline for Android 11 updates:

Unlike last year's Android 10 update, which was aimed at tightening the security and privacy of users, Android 11 focuses on three key areas: People, Controls, and Privacy.

Here's what it means in terms of Android 11 feature highlights.

Android 11 attempts to make the operating system more people-centric and expressive with:

To help people communicate with each other more effectively, the new version of Android moves all of your conversations across different messaging apps to a dedicated section at the top of the notification shade.

Thus, you can view and respond to all your messages in one place.

As you can see, you can even mark a particular conversation as a priority by long-pressing the notification and tap on Priority.

That means you'll never miss messages from that contact, even when your phone is on 'Do Not Disturb.'

The upcoming version of Android introduces a new feature, called Bubbles, to let you carry on important conversations while multitasking.

It's similar to Chat Heads on Facebook Messenger and works with any Messaging and Chat app that uses the Bubbles API.

You can open a floating bubble from the notification shade and continue multitasking without missing a single message.

When you type something using Gboard in the new version of the OS, you get relevant and automatic text and emoji suggestions.

On the accessibility front, Android 11 brings improved Voice Access that lets you control your phone entirely by your voice.

When it's activated, you can do anything simply by speaking naturally.

Dark Mode, first introduced in Android 10, can be scheduled and automated.

Like other apps, you can also schedule dark mode to come on at sunset and turn off at sunrise. 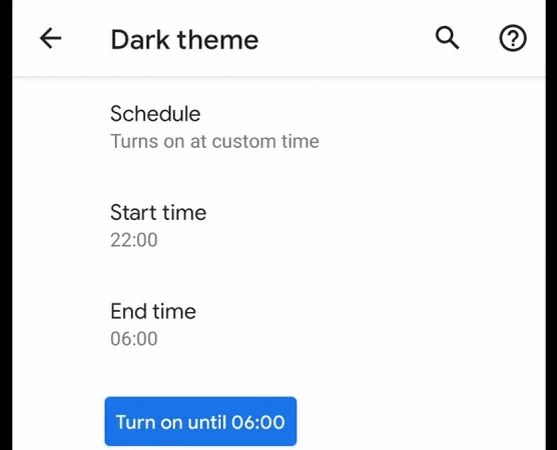 Those who use screen protectors will surely love this feature!

A new display setting has been added to eleventh release of Android to let you increase the sensitivity of your touchscreen.

When enabled, this should result in fewer missed taps and scrolls.

Android 11 gives you the ability to look back at previously dismissed notifications, and you can even interact with their content.

You can access all your recent and snoozed notifications received in the last 24 hours.

Android improves the notification shade with every release, and this one is no different. 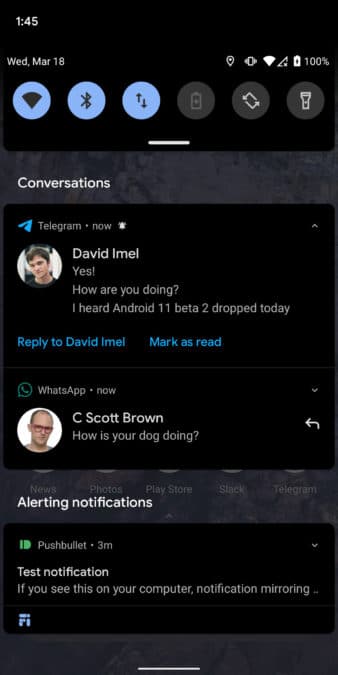 In the forthcoming version of Google's mobile OS, Bluetooth won't turn off when you activate the Airplane Mode. 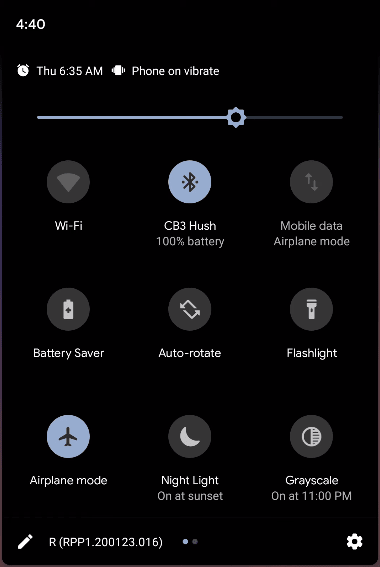 Android 11 allows you to pin your favorite apps and shortcuts to the share menu to make it more customized for you. 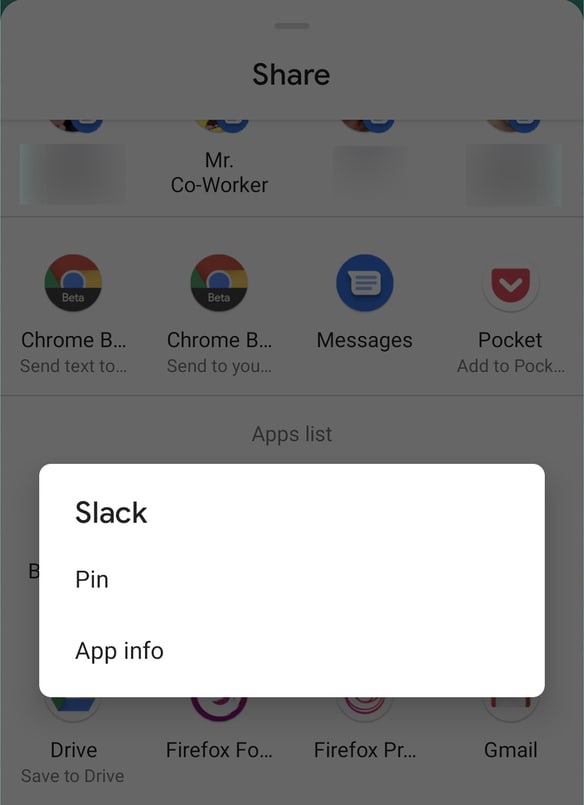 The new version of Android learns your app usage behavior and shows your most-used apps on the home screen. 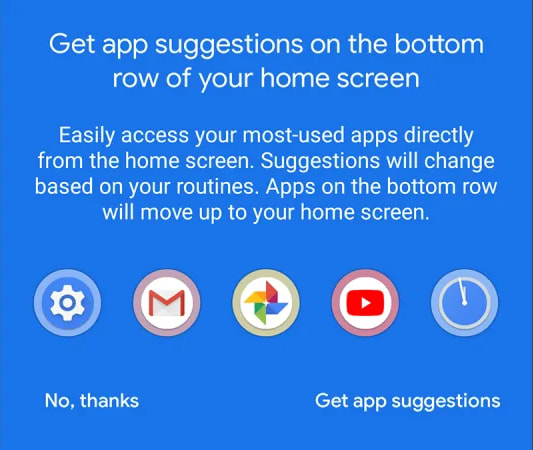 The Recent Apps panel in Android 11 is much more functional with bigger preview cards. At the bottom, Google has also added three new functions: 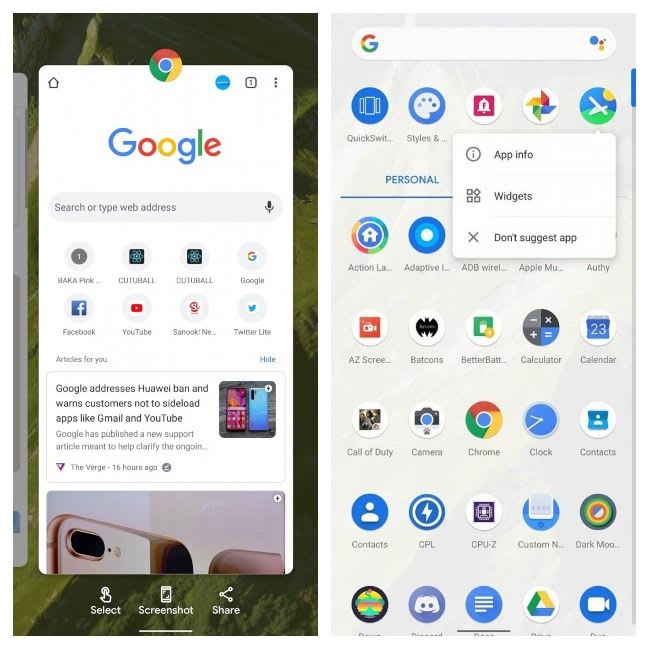 Android 11 also gives you an option to resize picture-in-picture windows.

This is great for times when you want a video to take a larger part of the screen than the other app that you might be using.

Android 11 will make it faster and easier to control your connected devices and media with:

The power menu, which appears when you long-press the power button, gets a massive revamp in Android 11.

Instead of just showing the usual shut down or restart options, it will now also provide quick access to your Google Pay cards, smart home controls, and even your boarding pass (when you're going to fly). 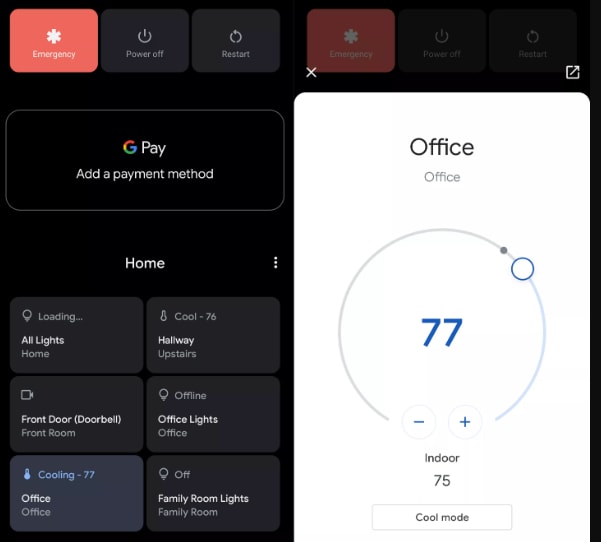 Android 11 is well-optimized to help you better manage and control all of your connected devices.

While it allows you to bring up device controls instantly by just long pressing the power button, it also lets you turn on the lights, adjust the temperature, and unlock the front door with a single tap and without opening any additional app.

Think of the revamped power menu as a pocket for your digital wallet, keys, and more.

New media controls makes it quick and convenient for you to switch between devices for your audio or video content.

Consequently, you can quickly bring your music with you from one device to another.

Furthermore, the new version of the operating system also arranges sessions from multiple apps in a swipeable carousel.

The carousel lists sessions in the following order:

From the carousel, you can restart previous sessions without starting the main application.

Once the playback starts, you can interact with the media controls in the same way as usual.

Android 11 gives users even more granular controls over the most sensitive permissions with features like:

You can now grant apps access to the device camera, microphone, or location, only for one time.

The next time you use the app, it will have to request permissions again (as opposed to the background access). 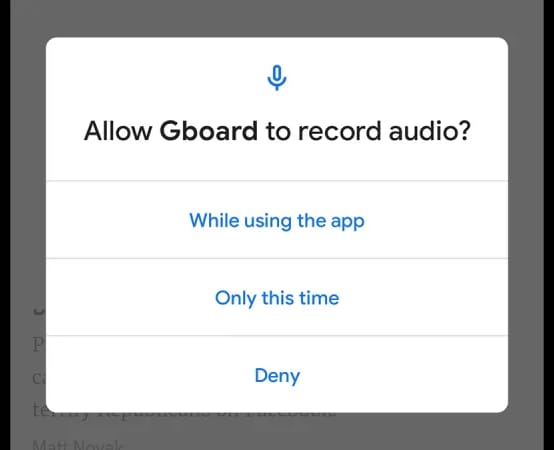 If you don't use an app for a long time, the new version of Android will auto-reset all of the permissions associated with the app and notify the user of the same.

Thus, you'd need to grant permissions again when you use the app next time.

Android 11 can be a paradigm shift for mobile app development experts, as they will get better options to create better applications. Let's take a look at how the new release is going to affect the way apps are built:

Android 11 brings Dynamic Meterdness API that automatically detects a 5G network, allowing users to stream the highest possible graphics and video quality. Android development experts can leverage this API to equip their apps with the complete set of advantages that come adorned with the 5G technology.

Given that the advent of foldable devices is all set to revolutionize the smartphone market, Android 11 has been optimized to embrace foldable-specific features and experiences. Consequently, Android app developers also need to build their apps with foldable smartphones in mind.

To better protect the users' privacy and data, Android 11 will keep the user's application usage data in the credential encrypted storage.

Android 11 gives users the privilege to restrict the permission dialogue box. If the user taps Deny twice, the operating system interprets it as Don't Ask Again. What this means for you as an Android app developer is that you need to convey and convince your users clearly why you are asking for permission.

In the case of media playback or machine learning, multiple apps prefer to use the same large datasets.

While the earlier versions of Android required each application to download a separate copy of the dataset, Android 11 allows you to cache the large datasets on devices to reduce the data redundancy on disk and the network. It eventually helps you make your Android apps even more lightweight and faster.

Android 11 will generate reports carrying the proper reasons behind app crashes so that developers can rectify the issues immediately before they take place on other users' devices.

In the previous versions of Android, installing the large APKs used to take quite a while, even if you made a small update.

The new feature accelerates the installation process by providing enough of the APK required to launch the application successfully.

If your application leverages the power of Machine Learning and Neural Networks, then the new version of Android will just make it more beneficial.

Other phones will likely be included soon as well.

How to Install Android 11 on Supported Devices?

To install Android 11 on a compatible device, you need to first enroll in Beta. Simply follow the below steps:

iPraxa - Web & Mobile App Development Company
We’re a team of designers, developers, and testers with over 15 years of experience in Mobile App & Web development.
Have you ever seen anyone "fake" their way into a software development position?
#discuss #career #watercooler
Why "Do Your Own Research" is terrible advice
#career #money #healthydebate
Meme Monday 🦊
#jokes #discuss #watercooler

Once suspended, ipraxa will not be able to comment or publish posts until their suspension is removed.

Once unsuspended, ipraxa will be able to comment and publish posts again.

Once unpublished, all posts by ipraxa will become hidden and only accessible to themselves.

If ipraxa is not suspended, they can still re-publish their posts from their dashboard.

Once unpublished, this post will become invisible to the public and only accessible to iPraxa - Web & Mobile App Development Company.

Thanks for keeping DEV Community 👩‍💻👨‍💻 safe. Here is what you can do to flag ipraxa:

Unflagging ipraxa will restore default visibility to their posts.