📲 As we know that all the User Interface(UI) components in Flutter are known as widgets. The widgets can be just of two types.

Let's discuss how they differ:

A stateless widget can not change their state during the runtime of an app which means it can not redraw its self while the app is running. Stateless widgets are immutable.

🤔 How to create a Stateless Widget ?!

🤔 How to create a Stateless Widget ?! 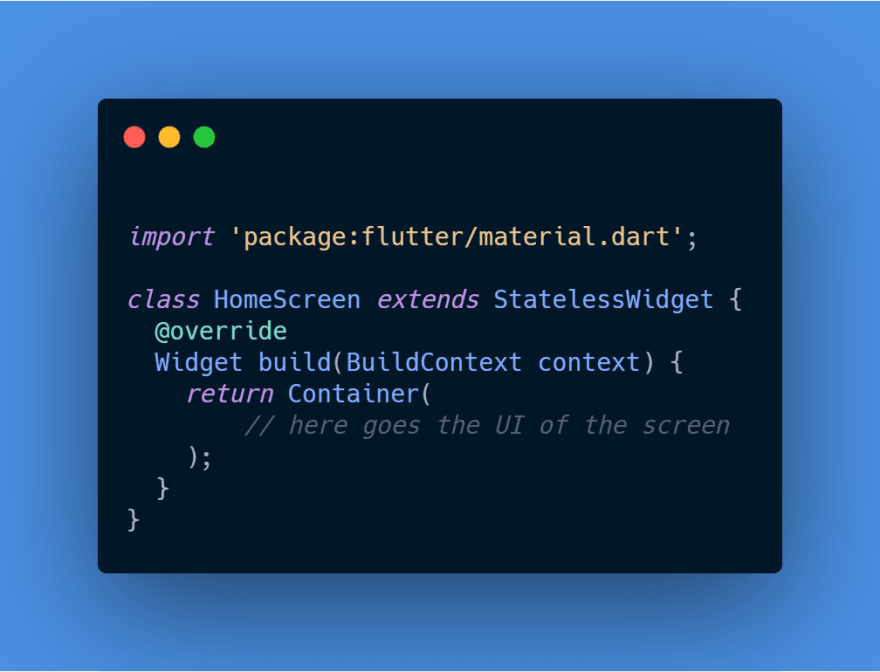 Let's understand this code snippet.
The name of the stateless widget is HomeScreen, inside which we have to override the build method. The build method takes the BuildContext as parameters and returns a widget. Below there is the place where you can design the UI of the HomeScreen.

The build(…) function of the StateLessWidget is called only ONCE. To redraw the StatelessWidget, we need to create a new instance of the Widget.

A stateless widget is used where you are not required to redraw a widget again & again, such as AppBar, scaffold, & icons, etc.

A stateful widget can redraw itself multiple times, while the app is running which means its state is mutable. For example, when a button is pressed, the state of the widget is changed.

🤔How to Create a Stateful Widget?!

Look at the structure of the stateful widget: 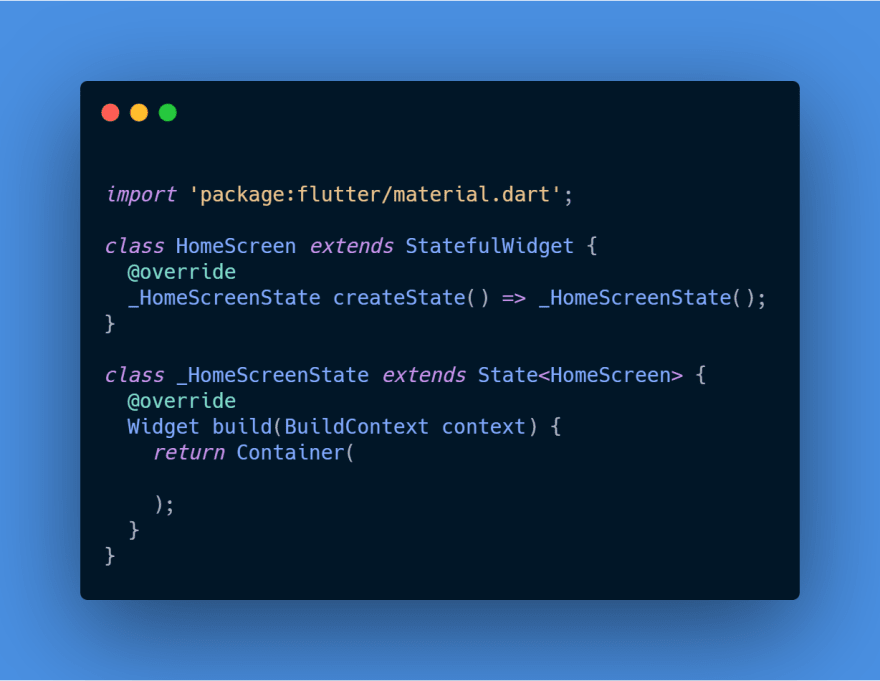 Now, this _HomeScreenState overrides the build method and returns a widget. Below there you can add the UI of the app, which is stateful and can be called multiple times using setState method.

How to Move BottomSheet Along with Keyboard Which Has Textfield(autofocused is true)?

A Taste of Reactive Programming in Flutter with RxDart and flutter_bloc

Once suspended, iqrafatimame will not be able to comment or publish posts until their suspension is removed.

Once unsuspended, iqrafatimame will be able to comment and publish posts again.

Once unpublished, all posts by iqrafatimame will become hidden and only accessible to themselves.

If iqrafatimame is not suspended, they can still re-publish their posts from their dashboard.

Once unpublished, this post will become invisible to the public and only accessible to Iqra Fatima.

Thanks for keeping DEV Community 👩‍💻👨‍💻 safe. Here is what you can do to flag iqrafatimame:

Unflagging iqrafatimame will restore default visibility to their posts.