The mobile development community has always had many alternatives for creating cross-platform apps. Since the days of webview-based solutions we've come a long way, but we still have many alternatives. The most recent one is the Jetbrains led, Kotlin Multiplatform Mobile project.

If you're curious about how does it stand against the competition and what are its pros and cons, this brief overview may help you get started.

As you may have noticed, Jetbrains calls its solution: Kotlin Multiplatform Mobile. This might get overlooked by a lot of people, me included, up until I decided to write this down. But then it hit me: what's the difference between Cross-platform and Multiplatform?

After some research, I got the answer.
From the user's point of view, this is plain simple. In short: there's no difference.
Multiplatform and Cross-platform implementations achieve the same thing. It simply means that the application will run on - you guessed it. Multiple platforms.

Since we're focusing on mobile dev, Multiplatform means Android and iOS. But this can translate to web, desktop... whatever. Just... multiple platforms.
It doesn't say anything about how the app was created. If you have a code-base for an app written in Kotlin targeting android and another written in swift targeting iOS, you have a multiplatform app.

Now, cross-platform is different. Cross-platform means that the same code you wrote will run on, for example, android and iOS. This is usually done via some kind of runtime that needs to be shipped to the hosting platform that enables that code to be interpreted for that particular environment it is running on.

So what about Kotlin Multiplatform?

The main idea behind Kotlin Multiplatform is code-sharing. If you enter the home page, you'll see them mentioning how you can write the code once and have it running on both platforms. So -you may be asking, isn't that cross-platform... like Flutter or React? What gives?

Kotlin/Native is a technology for compiling Kotlin code to native binaries, which can run without a virtual machine. It is an LLVM based backend for the Kotlin compiler and a native implementation of the Kotlin standard library. 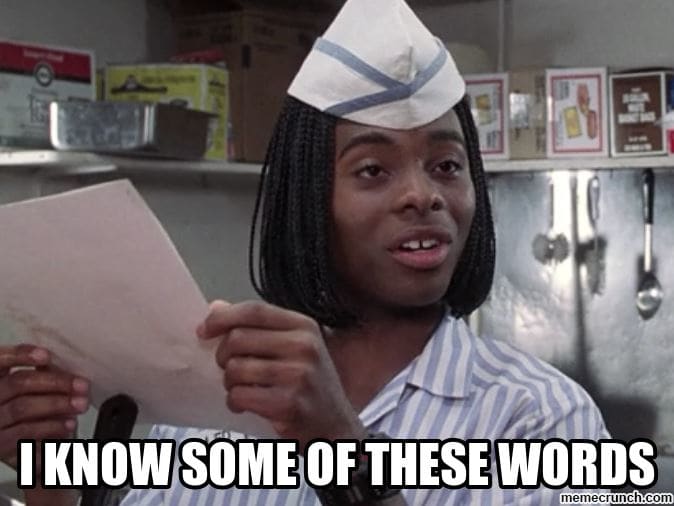 There's a lot to unpack here. Let's take the first sentence in:

So Kotlin/Native will give us native binary executables that can run on an OS using no virtual machine.

Then it goes on to mention an LLVM based backend for the Kotlin compiler. This one is dense.

Ok, fine... but what about the backend? More specifically, what is a backend for a compiler?

The Kotlin Compiler, frontends, and backends

The Kotlin compiler first compiles your Kotlin source code into an Intermediate Representation, or IR. This is what they call the Frontend.

Then, the LLVM compiler takes this IR as input and generates machine code for several supported CPU architecture (like the aforementioned arm64). This is the compiler backend. 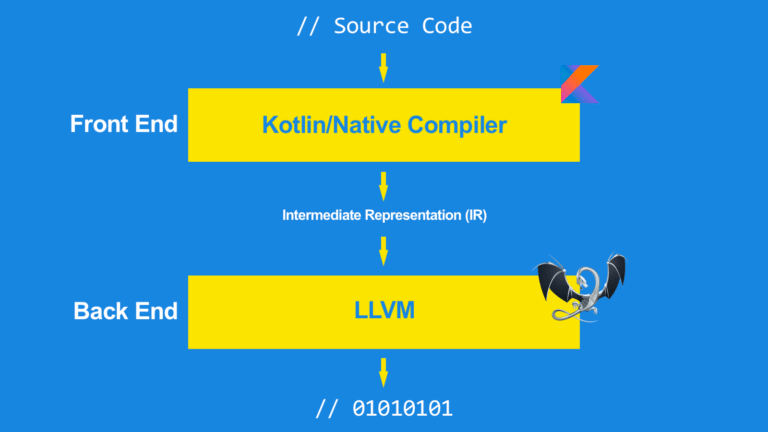 (...) and a native implementation of the Kotlin standard library.

This last part refers to the stdlib. Kotlin multiplatform also includes a sound standard library. This allows us to get up and running with it. So when writing common code, we'll be using things like kotlin.String instead of java.lang.String. The Compiler Backend will automatically map the IR a Kotlin.String into the correct type.

If you think about it, since the native side doesn't have access to, for example, List, this means you would have to roll your own when targeting that platform. Not cool.
So the Kotlin team built this to enable us to hit the ground running when targeting native. They also did that for things like IO, networking, and more - all of which are included.

Not Cross-platform, but truly Multiplatform

Write once, run anywhere (with the jve).
-java 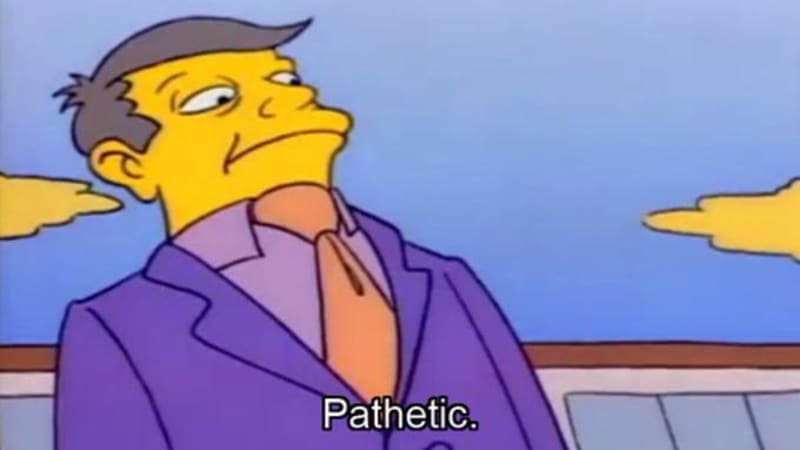 Kotlin Multiplatform takes advantage of its great tooling paired with the amazing LLVM project to create true native code that you only need to write once.

It is not Cross-platform because it doesn't need a runtime to be able to run anywhere. It is just plain native code.

Cool, right?
I would say that Kotlin is able to take that direction because of its tooling/architecture and the stage that LLVM project has achieved. Let's see what the future holds for this tech.
There are certainly many challenges that we haven't discussed here, but anyways, the foundation of the tech looks pretty interesting to me.

There's this talk from KotlinConf18 by Kevin Galligan where he goes on to make the case for this multiplatform idea and why he thinks this is the future.
I also recommend this great post!

Creating a Database entity with Android and Kotlin

Avalonia platform support - why it's simple

Once suspended, iurysza will not be able to comment or publish posts until their suspension is removed.

Once unsuspended, iurysza will be able to comment and publish posts again.

Once unpublished, all posts by iurysza will become hidden and only accessible to themselves.

If iurysza is not suspended, they can still re-publish their posts from their dashboard.

Once unpublished, this post will become invisible to the public and only accessible to Iury Souza.

Thanks for keeping DEV Community 👩‍💻👨‍💻 safe. Here is what you can do to flag iurysza:

Unflagging iurysza will restore default visibility to their posts.