In core java interview questions, It is common to get bombarded with Collection framework questions. I was interviewed in Goldman Sachs, and there they asked a question where I got dumbstruck. The interviewer asked How do you implement Set in Java, in other words, the internal working of HashSet or How HashSet works in java. That is, how will make sure each and every element is unique without using Set interfaces or Classes that implements Set Interface.

I gave the answer, although qualified the interview round as well, the answer is far from satisfactory.

So I came back home and do some research. So finally I got the answer and sharing it with you. 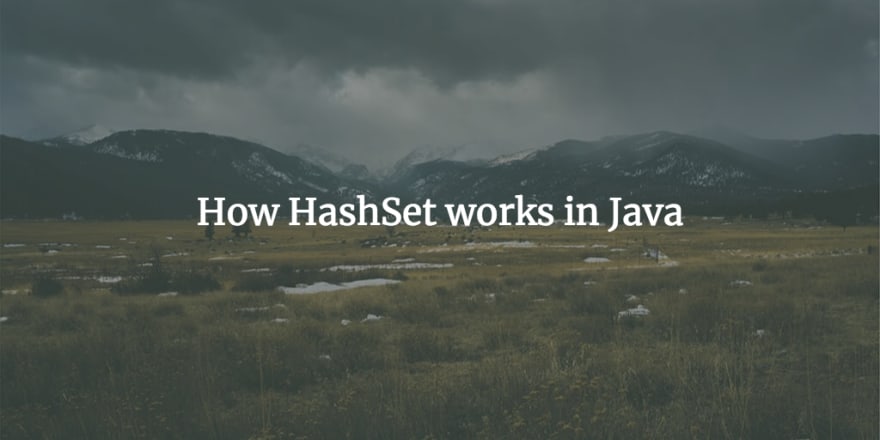 Each and every element in the set is unique. So that there is no duplicate elements in the set.

So in java, if we want to add elements in the set then we write code like this

It will print the result: Set is [3, Java Hungry, Blogspot]

Now lets add duplicate element in the above code

It will print the result: Set is [3, Java Hungry, Blogspot]

Now, what happens internally when you pass duplicate elements in the add() method of the Set object, It will return false and do not add to the HashSet, as the element is already present. So far so good.

But the main problem arises that how it returns false. So here is the answer

When you open the HashSet implementation of the add() method in Java Apis that is rt.jar, you will find the following code in it

We already discussed How HashMap works internally in java.

As we know in HashMap each key is unique. So what we do in the set is that we pass the argument in the add(Element E) that is E as a key in the HashMap. Now we need to associate some value to the key, so what Java APIs developer did is to pass the Dummy value that is ( new Object () ) which is referred by Object reference PRESENT.

So, actually when you are adding a line in HashSet like HashSet.add(3) what java does internally is that it will put that element E here 3 as a key in the HashMap(created during HashSet object creation) and some dummy value that is Object's object is passed as a value to the key.

Now if you see the code of the HashMap put(Key k, Value V) method, you will find something like this

The main point to notice in the above code is that put (key, value) will return

So , in HashSet add() method , we check the return value of map.put(key,value) method with null value

So , if map.put(key,value) returns null ,then

map.put(e, PRESENT)==null will return true and the element is added to the HashSet.

So, if the map.put(key, value) returns the old value of the key, then

map.put(e, PRESENT)==null will return false and the element is not added to the HashSet.

If you still have any doubts then please write in comments.

What is an XSS Filter?

Once suspended, javahungry will not be able to comment or publish posts until their suspension is removed.

Once unsuspended, javahungry will be able to comment and publish posts again.

Once unpublished, all posts by javahungry will become hidden and only accessible to themselves.

If javahungry is not suspended, they can still re-publish their posts from their dashboard.

Once unpublished, this post will become invisible to the public and only accessible to subhammittal.

Thanks for keeping DEV Community 👩‍💻👨‍💻 safe. Here is what you can do to flag javahungry:

Unflagging javahungry will restore default visibility to their posts.