As mentioned in the History of the Angular CLI when writing this post we are at version 11 and a lot has been changed. The ng eject command is removed from the Angular CLI. Since Angular CLI version 8 something new has made its place. This new part is called the Builders API. The Builders API makes it easy to extend general parts like ng build, ng serve, or make a custom CLI command like ng run mybuilder:app.

The builders we use today, every day!

Did you ever wondered what is happening when we use ng build or ng serve? The Angular CLI will start a new task based on the angular.json file. First, it will examine the angular.json looking for the project, in a single app set up this will be always the default application. 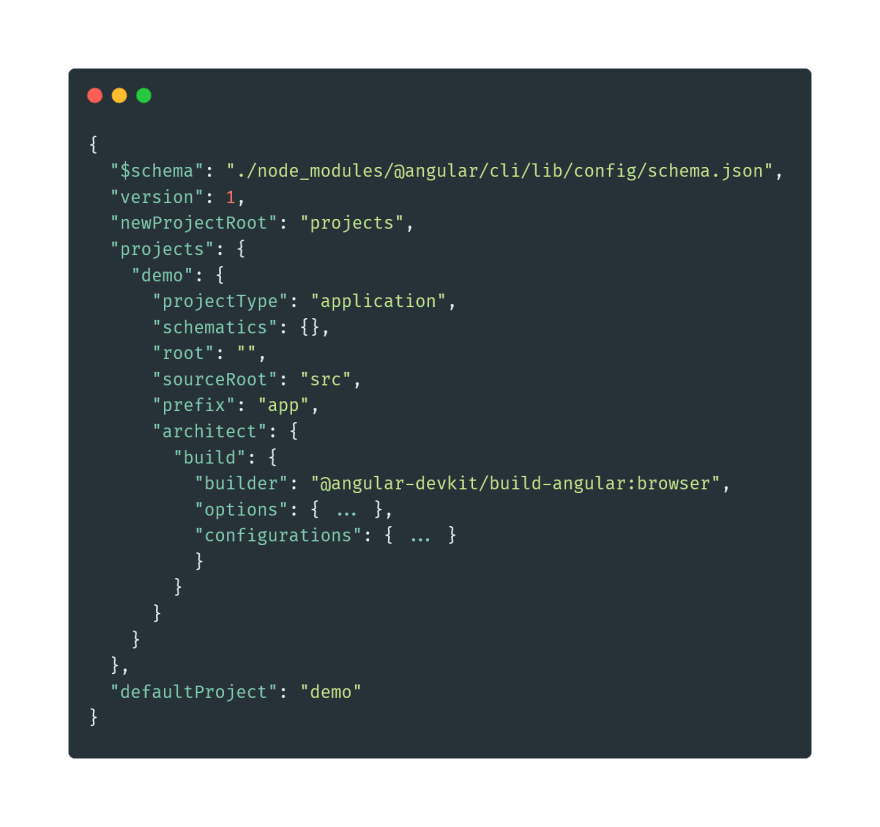 When this project has been found, it will look at the target, in our example, this target is build. Now the Angular CLI knows enough to execute the builder! Below I've made a simple table that shows what builders are represented with a default Angular CLI command:

So what is a builder then

Before I'm going to provide you with my explanation of builders, let's have a look at the docs.

After reading this I made the following conclusion:

How to create a custom builder?

Now that we've come to the part where we are going to look at the custom builder we first need to set up the project structure. Below a couple of minimal steps we need to take before we can continue with our builder:

Builders are a very useful part of the Angular CLI that will make sure the CLI is very extensible. We can use builders for a variety of tasks that are related to the workspace(s). As builders are just functions we can do "ANYTHING". I've created a "demo" builder that is optimizing images in your workspace for better web performance. This builder will be in our next article where we will go a little bit deeper into, creating custom builders and how to hook them into your workspace. You can already have a look here

I hope you've enjoyed this article, all of this are from my personal experience. If you have any questions around builder you can always DM me on @jefiozie

Below I've added some helpful resources that you can have a look at if you're interested in builders.

Jeffrey Bosch
My name is Jeffrey and I’m a frontend develop working on all kinds of stuff. - Member of @xlayers - Author of ngx-aws-deploy - Organiser of the Dutch Angular Group
How to build a JamStack app with Angular Scully and Prisma
#angular #scully #prisma
Deploy your Angular app with Scully and Cloudflare Pages
#angular #showdev #cloudflare
Automate your community website easily with automation and Scully
#angular #showdev #automation

Once suspended, jefiozie will not be able to comment or publish posts until their suspension is removed.

Once unsuspended, jefiozie will be able to comment and publish posts again.

Once unpublished, all posts by jefiozie will become hidden and only accessible to themselves.

If jefiozie is not suspended, they can still re-publish their posts from their dashboard.

Once unpublished, this post will become invisible to the public and only accessible to Jeffrey Bosch.

Thanks for keeping DEV Community safe. Here is what you can do to flag jefiozie:

Unflagging jefiozie will restore default visibility to their posts.