Fonts fonts fonts, what do we know about them, what are they used for? Are they to represent text only or do they have other qualities that we may have ignored.
Let's shallow dive in and take a look, who knows what we've been missing.

Fonts are like good friends because we use them for everything unlike my friends they don't complain, if you know what I mean. Font's are used for chats, email, documents to name a few.

Did you know that a font determines how your document or design is received?
Typography is very essential in writing a document or creating a design, which is why it's important to get it right.

Let's take a look at the classifications of fonts: 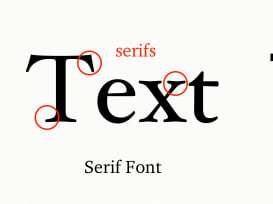 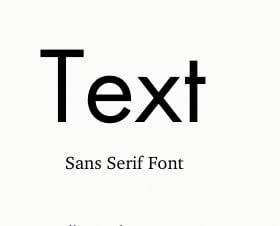 In typography it's important to take note of how to use the different classifications of typeface. Typically, Serif and sans-serif are used for body text or headings while while script and display fonts are used for headlines only.

What are the benefits Of Using the right fonts?

I'll wrap it up by saying, there's a lot to cover and this is just the beginning.

What You Need to Know About Web3?

Jessica-Agorye
On a mission to self development and growth, interested in designing and building websites. Writer, lover of songs, art and everything nature.
What Is Webflow? What is Web3 … Anybody? HTML, CSS, JavaScript: What Next?
#webdev #beginners #productivity #career

Once suspended, jessicaagorye will not be able to comment or publish posts until their suspension is removed.

Once unsuspended, jessicaagorye will be able to comment and publish posts again.

Once unpublished, all posts by jessicaagorye will become hidden and only accessible to themselves.

If jessicaagorye is not suspended, they can still re-publish their posts from their dashboard.

Once unpublished, this post will become invisible to the public and only accessible to Jessica-Agorye.

Thanks for keeping DEV Community safe. Here is what you can do to flag jessicaagorye:

Unflagging jessicaagorye will restore default visibility to their posts.