Software development industry is one of the most rapidly growing industries in the world. In fact, it is regarded as one of the leading industries across the globe. Software development is all about creation a technological product which is aimed to solve the problems of the users or make the life of the users much more convenient. But, when it comes to developing a software, testing plays a major role as well. As, only when a software is tested at regular intervals, then only the engineers can make sure that the software is up to the mark. Therefore, testing is an eminent part of the software development cycle. And, therefore, experts are developing more advanced and high-end tools and techniques to automate the software testing process. 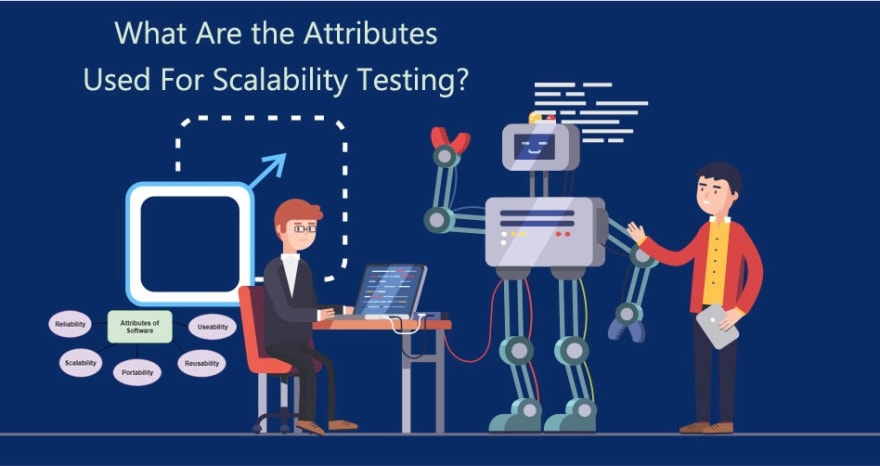 Software testing is majorly done in order to identify the key problem areas or flaws in the product which is being developed. And, recently, there are tons of modern tools and techniques, which are being developed in order to modernize the software testing process. At the same time, automation testing has stolen the limelight as it seems to be the future of the software testing world. No matter how many new tools or methods are introduced in order to test the software, but at the end of the day it is utmost important to ensure that the complete system works efficiently. When it comes to scalability testing the overall behavior of the system is checked. And, it’s done by boosting the load by a certain scaling rate. However, an expert software testing company is required to perform scalability testing. And, the company even limits the risks and amplifies the strategic advantage. Also, if scalability testing is perfumed then a noteworthy jump in the productivity is also seen.

Load testing is done in order to identify the possible CPU or Memory related usage requisites or issues (if any). The hardware limitations can actually possess a threat to the overall functionality of the software or the app. Therefore, there is no doubt about the fact that the hardware limitation testing should be performed to identify the problems like CPU maximization, memory leak etc.

Scalability testing helps to identify the user limit for a particular software application. Therefore, make sure you use scalability testing intelligently to determine the maximum number of users that will be allowed to use the application. As, the performance of the app or the solution matters, and it has to be superb even under load.

Strengthen of the server and network

Also, one of the key parameters that every software testing company has to keep in mind is that the scalability testing should be aimed to assess the strength of the server as well. If the servers are tested to work decently even in the high pressure situations, then the chances of any failure would be very less. At the same time, it is very important to test the servers under different conditions and prepare them to handle heavy loads.

Type of app or software

At the same time, it is also true that scalability testing is based on the apps which is being tested. For example, the steps for testing a web application would be different from testing a mobile application. So, whenever you prepare your testing plan, make sure you carefully distinguish between the apps or the type of software which is being developed.

Scalability testing is very useful if it is performed with a plan. Therefore, make sure you consider all the key attributes and parameters while creating a powerful software development and testing plan. With the help of scalability testing, many common problems that are associated with the software can be identified. For example, if there is any problem with the database, network etc. And, based on the results proper steps can be taken to make the software flawless. At the end of the day, that is exactly what every software development and testing team want. A high quality software without any bugs. However, it is important to make sure that testing is not ignored and all the key attributes are considered while performing scalability testing.

Know How Long Does It Take To Learn Java Programming