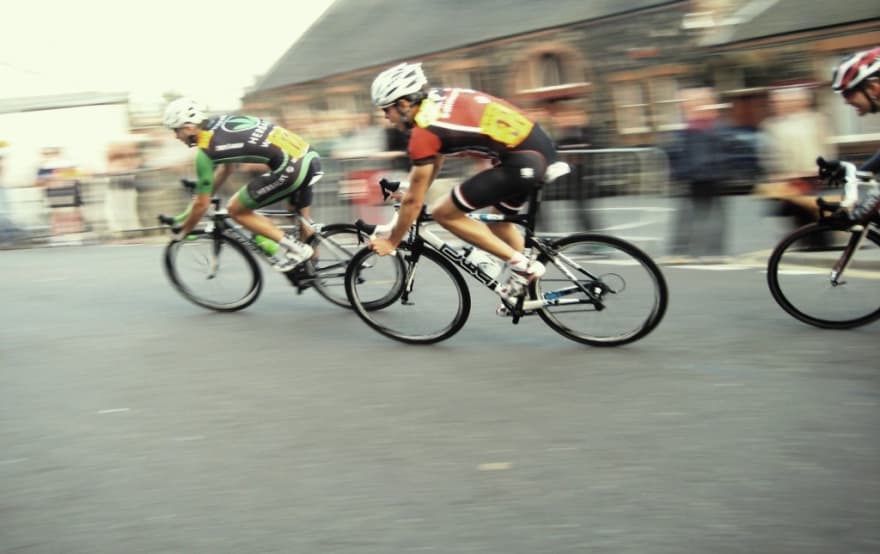 The Seven Wastes are an idea from lean manufacturing, and I’m exploring how they relate to software development. Last week was inventory, and this week is motion.

Motion is the movement of people or things around work. This is why car factories use moving production linesâ€Š–â€Šit’s much easier for the person who bolts on the wheels to stay still, and have the cars come along on a conveyor.

Reducing motion waste is all about reducing unnecessary movement. Of course, software isn’t a physical thing that we can gather around and look at. Or can we? If your team finds an unexpected situation (perhaps a production bug, or a realisation that your project is going in the wrong direction) then you probably gather everyone together into a meeting to look at the problem.

Of course, unexpected things happen, and we need to be able to deal with them. But we can take steps to reduce the impact they have.

One way you might already do this is with a daily standup meeting. This is a regular session every day during which we try to head off problems before they hurt us. If we didn’t have the daily standup, we might end up having two or three ad-hoc meetings throughout the day instead. The standup has therefore helped us to reduce motion.

Sprints are another means of reducing motion waste. We schedule a regular time to plan a small chunk of work in detail, and we hope that reduces the potential for chaos down the line.

Another option to explore is policy. Policies are simple sets of rules that tell us how to deal with certain situations. You probably have plenty of polices in your team already. Policies are things like “when we find a bug it gets prioritised by a product owner before developers look at it”.

Policies like that help teams to work autonomously, because they don’t have to ask someone what to do in a given situation. They reduce motion because they stop us from having to run around looking for solutions.

Motion waste is often hiding in plain sight. But finding it, and fixing it, can be an incredibly effective way to speed up your team.

Once suspended, jezhalford will not be able to comment or publish posts until their suspension is removed.

Once unsuspended, jezhalford will be able to comment and publish posts again.

Once unpublished, all posts by jezhalford will become hidden and only accessible to themselves.

If jezhalford is not suspended, they can still re-publish their posts from their dashboard.

Once unpublished, this post will become invisible to the public and only accessible to Jez Halford.

Thanks for keeping DEV Community 👩‍💻👨‍💻 safe. Here is what you can do to flag jezhalford:

Unflagging jezhalford will restore default visibility to their posts.