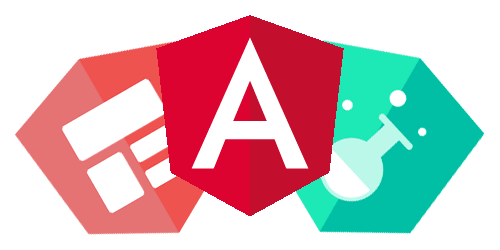 This was originally published on Angular In Depth.

In the past, the AngularInDepth blog has included some very helpful articles showing how the ReactiveFormsModule in @angular/forms can make your life easier.

Today, we’re going to talk about some of the problems with the ReactiveFormsModule and discuss a proposal to fix many of these problems. The formal proposal can be found as an issue in the Angular repo #31963 (it appears to be the fastest growing issue at the moment¹). The goal of this post is to encourage feedback from the community on improving the ReactiveFormsModule and fixing some of its longstanding issues.

So you may be wondering, what issues are there with the ReactiveFormsModule? Some of the biggest issues are:

1. The module is not strongly typed

2. It’s relatively complicated to *display* error messages, given how fundamental this task is.

3. It’s relatively complicated to *add* error messages, including interfacing with async services for validation (hence the need for different update strategies like “on blur" / “on submit").

5. In addition to all the issues dealing with errors, the API does not offer low level programmatic control and can be frustratingly not extensible.

Fundamentally, the existing AbstractControl class does not offer the extensibility / ease of use that such an important object should have. It’s unlikely that any one API could solve everyone’s problems all of the time, but a well designed API solves most peoples problems the majority of the time and can be extended to solve problems of arbitrary complexity when needed.

What follows is a proposal for a new AbstractControl API powered by a ControlEvent interface. In general, this proposal addresses issues 1, 3, 4, and 5, above. Importantly, this proposal is a completely community driven effort. The Angular team has not provided any feedback in regards to this proposal.

With this relatively modest change, we can accomplish a whole host of API improvements. Let’s walk through some of them by example, before looking at the ControlEvent API itself.

Alternatively, you can scroll down and skip to the “_Diving into the ControlEvent API” section, below._

The new API is familiar for users of the old API

It’s important that the new API be very familiar to users of the existing ReactiveFormsModule, and be 100% usable by folks who don't want to use observables.

The new API allows us to subscribe to the changes of any property. When applied to ControlContainers such as FormGroup and FormArray, we can subscribe to nested child properties.

This also allows us to subscribe to controls changes of a FormGroup/ FormArray.

Here, by subscribing the source of controlB to the events of controlA, controlB will reflect all changes to controlA.

Multiple form controls can also be linked to each other, meaning that all events to one will be applied to the others. Because events are keyed to source ids, this does not cause an infinite loop.

Manually syncing changes between controls, as shown in Example 4, above, can be somewhat of a hassle. In most cases, we just want to parse the user input coming from an input element and sync the parsed values.

In this example, we provide a stringToDate function which receives an input string and transforms it into a javascript Date, or null if the string isn't in the proper format. Similarly, we provide a dateToString function to sync our control's Date | null values back to the input element. We also provide an optional accessorValidator function to validate the input element's strings and provide helpful error messages to the user.

Validating the value of an AbstractControl via a service

Here, a usernameControl is receiving text value from a user and we want to validate that input with an external service (e.g. "does the username already exist?").

Some things to note in this example:

Diving into the ControlEvent API

Note: it’s important to emphasize that, for standard usage, developers don’t need to know about the existence of the ControlEvent API. If you don't like observables, you can continue to simply use setValue(), patchValue(), etc without fear. For the purposes of this post however, lets look under the hood at what is going on!

To change the state of an AbstractControl, you emit a new PartialControlEvent object from the source property. This object has the interface

When you call a method like AbstractControl#markTouched(), that method simply constructs the appropriate ControlEvent object for you and emits that object from control's ControlSource (which itself is just a modified rxjs Subject).

Internally, the AbstractControl subscribes to output from the source property and pipes that output to a protected processEvent() method. After being processed, a new ControlEvent object containing any changes is emitted from the control's events property (so when a subscriber receives a ControlEvent from the events property, any changes have already been applied to the AbstractControl).

You’ll notice that only events which haven’t yet been processed by this AbstractControl are processed (i.e. !event.processed.includes(this.id)). This allows two AbstractControls to subscribe to each other's events without entering into an infinite loop (more on this later).

You can check out the github repo to see the full AbstractControl interface proposal, as well as working implementations of FormControl, FormGroup, FormArray, etc.

Now that we know a bit more about the ControlEvent API, lets look at some examples it allows…

Syncing one FormControl’s value with another

Say we have two FormControl’s and we want them to have the same state. The new API provides a handy AbstractControl#replayState() method which returns an observable of the ControlEvent state changes which describe the current AbstractControl's state.

If you subscribe one FormControl’s source to the replayState() of another form control, their values will be made equal.

The replayState() method also provides a flexible way of "saving" a control state and reapplying all, or parts of it, later.

In the current ReactiveFormsModule, you can change a control's value and squelch the related observable emission by passing a "noEmit" option. Unfortunately, this will affect everything watching the control's value changes. If we only want componentB to ignore a values emission, we're out of luck.

With this new API, we can accomplish our goal. Every method which mutates an AbstractControl’s state accepts a meta option to which you can pass an arbitrary object. If you subscribe directly to a control's events, then we can view any passed metadata.

Here, the subscription in the ngOnInit() hook ignores changes with the myService: true meta property.

Emitting “lifecycle hooks” from an AbstractControl

Let’s use this proposal’s FormControlDirective implementation as an example (full code can be seen in the github repo). Say you're creating a custom directive which exposes a public FormControl, and you wish to provide "lifecycle hooks" for subscribers of that FormControl.

Admittedly, this is an advanced use case. But these are precisely the kinds of corner cases which the current ReactiveFormsModule handles poorly. In the case of our new API, we can simply emit a custom event from the control's source. The control won't actually do anything with the event itself, but will simply reemit it from the events observable. This allows anything subscribed to the events observable to see these custom events.

In this example, a custom ControlAccessor might want to perform special setup when a new input control is connected to MyFormControlDirective.

At the risk of introducing too many new ideas at one time, lets look at how we can improve ControlValueAccessor using the new ControlEvent API...

As a reminder, the existing ControlValueAccessor interface looks like

The proposed ControlEvent API allows for a new ControlAccessor API which looks like:

With this update, the control property of a directive implementing ControlAccessor contains an AbstractControl representing the form state of the directive (as a reminder, components are directives).

This would have several advantages over the current ControlValueAccessor API:

3. Allows a ControlAccessor to represent a FormGroup / FormArray / etc, rather than just a FormControl

As a refresher, here is a simple custom ControlValueAccessor implemented using the existing interface:

Lets look at a few more advanced examples of the benefits of the new ControlAccessor API:

Here, we create a custom form control component for an email address. Our custom component performs async validation of input email addresses using a userService. Similarly to Example 6, we mark the component as pending and debounce user input so that we don't make too many requests to our external service.

Here, we create a “user form” component which encapsulates the input fields for our user form. We also make use of our custom email address input component from the previous example. This control accessor represents its value using a FormGroup, something which is not possible using the current ControlValueAccessor API.

Here, we utilize our custom “user form” component (created in the previous example) as part of a signup form. If the user attempts to submit the form when it is invalid, we grab the first invalid control and focus it.

While fixing the existing ReactiveFormsModule is a possibility, it would involve many breaking changes. As Renderer -> Renderer2 has shown, a more user friendly solution is to create a new ReactiveFormsModule2 module, deprecate the old module, and provide a compatibility layer to allow usage of the two side-by-side (including using a new FormControl with a component expecting an old ControlValueAccessor).

There is also a lot more to this proposal than what was covered here.

Things not covered: the validators API

1. If a control is required, a [required] attribute is not automatically added to the appropriate element in the DOM.

2. Generating and displaying error messages is much harder than it should be, for such a fundamental part a Forms API.

Ultimately, I see these as failings of the current ValidatorFn / ValidationErrors API, and should be addressed in a fix to that API. Any such fix should be included in any ReactiveFormsModule2 and can be incorporated into this AbstractControl API, but are currently out of scope for this particular proposal.

To give your support or disapproval to the proposal:

How to loop through object - JavaScript

Choosing the right JS framework for your next project is now easy!

Once suspended, johncarroll will not be able to comment or publish posts until their suspension is removed.

Once unsuspended, johncarroll will be able to comment and publish posts again.

Once unpublished, all posts by johncarroll will become hidden and only accessible to themselves.

If johncarroll is not suspended, they can still re-publish their posts from their dashboard.

Once unpublished, this post will become invisible to the public and only accessible to John Carroll.

Thanks for keeping DEV Community 👩‍💻👨‍💻 safe. Here is what you can do to flag johncarroll:

Unflagging johncarroll will restore default visibility to their posts.