If you are worrying about the how and the detail, just relax. Focus on the logical operations.

The fundamental issue of a functional style is to deal in the logic of data transforms. You don't need to know how currying works, just use it (e.g. via a library like Ramda). Avoid the books and tutorials that try to explain the technical features and give examples of functions implementing partial application - at least for now.

If you are used to a more imperative style where the how is important, such as the detailed structure of a for loop, then it can be confusing dealing with the details of closures, currying, partial application and such like. There are many resources telling you in detail how these things work. But functional programming is about logic and data manipulation. You don't have to worry about the detail, so don't! Understanding what these tools can do is important, details less so.

Write pseudo-code and re-use or write functions to match.

The first time I really felt I "got" the concept of currying wasn't by reading examples explaining how to build a curry or partial application function from scratch. It was just using the concept to solve a simple problem. Now, I won't say that the following problem or solution are good practice but that doesn't matter either :-)

A simple example in pseudo-code:

The key feature here is the delay in getting some data then being able to apply it to make a change. A bonus is being able to repeat this again, reliably. When there is a delay, use currying (or possibly a closure) to retain functionality or data for later.

So a toy example but it was all I needed to grasp the principle of currying. It's all about delayed functionality.

Another more useful example is managing the values in the objects within an array. Say I wanted to update a value 'good' in a specific object (e.g. with a specified value of 'key'), whilst retaining the overall array integrity. This could be quite a complex process of mutated data, nested loops, searching through each object, finding the one to change, making the change and rebuilding the array.

However, I did a google search with a phrase that mirrors the general logic I was after "update value in an object array ramda" and the first result is what I want.

Which is fine, but is a rather one-shot sort of thing. If I make the first argument to propEq an argument to the curried function it becomes more interesting. By making an additional argument, we can save an aspect of functionality to use later.

In many ways a closure is similar to currying. You are keeping some data or functionality around to be used later. The "how" of creating a closure isn't really important - the key thing is it's usefulness in your logical process.

Here is a great example of using a closure to store data and functionality for later. A function is created called person that contains data (firstName, lastName) and functions (getFullName, setFullName) which are stored for later use. 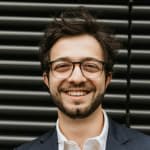