Networks are all around us. What do you see when you picture a network? Do you think of an enormous data center with endless rows of computers and thousands of blinking lights?

Maybe you think of your cell phone or your tablet, and how you connect to a website? All of those are examples of networks. We have come to rely on networks in our daily life.

In this article we will learn about computer networks and typical network components.

What is a network?

Networks are used to make connections between computers, with the purpose of transmitting data.

They can consist of just a couple of devices, connected to each other, or they could have thousands. Network devices are connected together in a variety of ways, such as copper wire cables, optical, wireless or other methods. We will dive deeper into these transmission mediums later.

In the past, there were networks for many different things. Analog telephone networks were used for making telephone calls. Video would be on a separate network, and digital computer data would be have its own network. 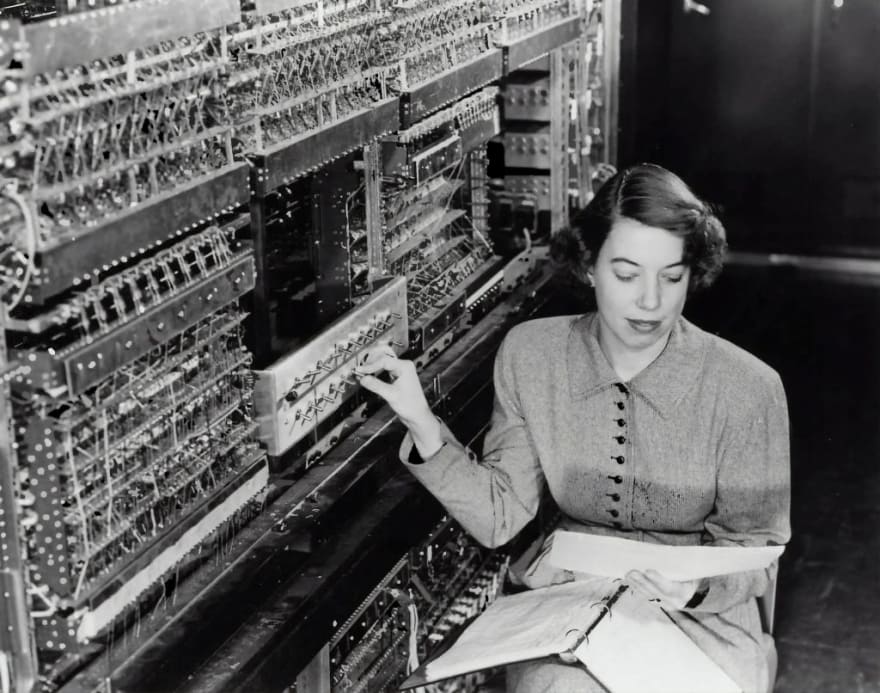 However, as technology improved, companies began to merge these communication services together to create what’s called a converged network.

Converged networks, are networks where all different types of traffic is combined. In contrast to the separate networks described above, voice, video and data all travel over the same network.

A smartphone doesn’t care whether you’re making a voice call, sending a message or browsing the Web using a data connection. In fact, the smartphone and carrier, treat the traffic the same. That is, digital data going out, over a digital network.

As you probably know, we rely heavily upon networks. Networks are all around us and, we expect them to be available to us almost all of the time. This availability is measured using uptime.

Network uptime measures a networks availability. Business networks expect 99.999% uptime, also known as the five nines of availability. If you do the math, that works out to about 5 minutes of downtime each year.

Companies pay for and expect that level of availability. Engineers, technicians and others work hard to maintain the network and keep data moving.

Network traffic describes the type of data being sent over the network. Effective maintenance of a network requires knowing what kind of traffic to expect. Here are some common traffic types: 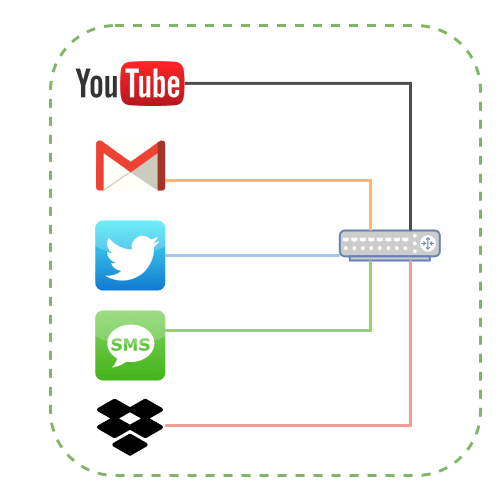 There are new types of traffic being created all the time. Familiarize yourself with these different traffic types as you learn to maintain a network.

Network components are components that actually make up a network, in order to move data.

Clients are devices that are used by end-users to access a network. For example, these could be tablets, smartphones, laptops, servers or other terminal device.

Servers provide resources to the network. Since there are many different types of resources, there is of course many types of servers. Some examples include:

Servers are can be hardware or software, with varying degrees of complexity, but they all provide resources. Without a doubt, this is a big topic, so we will dive deeper to servers in future articles.

Hubs connect network devices together. However, they are an older technology and as such, are not commonly used.

Because hubs rebroadcast information received on one port, to all the other ports, errors can occur. Because hubs essentially act as repeaters, only one conversation can occur at anytime. As a result hubs use a method called CSMA/CD. to avoid collisions.

Wireless access point (WAP), are devices that allow wireless-enabled clients connect into a wired network. This connection is similar to hubs. That is, anything received one way, is broadcast the other way.

In a similar way to how older hubs worked, switches connect devices together. However, switches do not broadcast a copy of the information to all connected devices. Instead, switches learn what devices are connected to each port, and broadcast data directly to the intended device.

To illustrate the difference, think of hubs as someone who sends a message to a group of people. While a switch only sends the message directly to certain members of the group.

As a result, switches increase security and performance compared with hubs. Lastly, switches use the MAC address of connected devices, to make decisions on which port to broadcast the data.

Routers connect two different networks together. They route traffic using logical addresses, better known as IP addresses. However, there are other routing protocols in use that don’t use IP addresses.

Media is used to actually connect devices to other components such as a switch port. For example, copper cable, fiber and radio waves are all types of media.

Every media type has different characteristics, and as a result they will have their own strengths, weaknesses and applications.

WAN link is simply a connection that joins two or more geographically dispersed networks together. The Internet is basically a series of WAN links. As you probably assumed, there are many different types of WAN links, such as:

The WAN links are routed through a router and into a local network. Essentially, WAN links connect internal networks to external ones.

Networks are all around us in our daily life. We rely on these networks for critical and demanding tasks. As a result, have come to expect them to be available all the time. Even if you’re not maintaining a network yourself, a basic understanding of networks can go a long way towards improving your skills.

react-router-dom question: should I wrap BrowserRouter around strict mode?

What are the uses of JavaScript