Bitwise operations are really useful and fast for storing and operate on certain values. They are way more used in systems where resources are more limited like video-games or embedded devices.

In this first article about bitwise operations, we get a quick introduction to them with a drawing (new format!) and some written content but I plan on sharing more 🙂.

What are bitwise operations?

They're operations that deal with bits directly. Bits are 1s and 0s and it's how everything is stored internally in a computer so being able to operate with them directly is very efficient because the processor is able to do those operations natively. Wikipedia says:

There are more but let's take a look today at the three most basic operators:

It's represented by ~ in most programming languages so for example:

AND is like the boolean equivalent you already use in if conditions but with one difference, this operates at the level of bits:

The same goes for the OR operation, represented with the | symbol in many programming languages.

How they operate with more than 1 bit

The key here is to remember that when we have a bitwise operation with more than 1 bit, we do it bit by bit. For example:

Or in an AND operation: 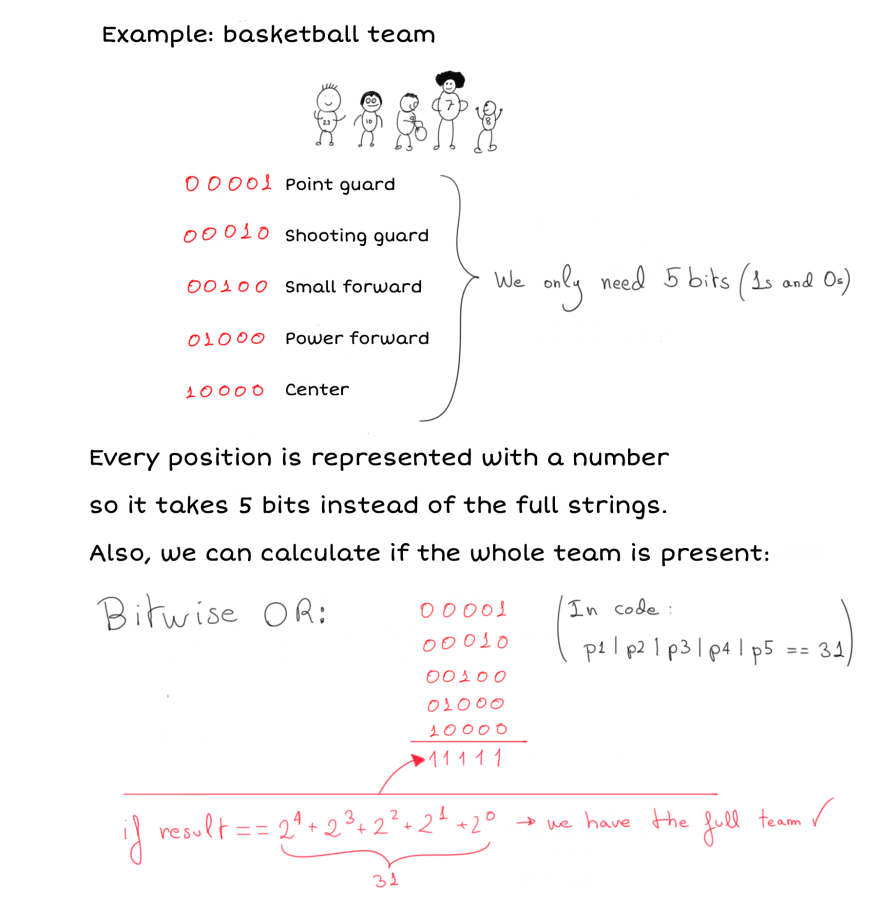 In a future article we'll see other operators because you can do some very efficient calculations with numbers but we need more than just these three. See you soon!

What's the Difference Between Nominal, Structural, and Duck Typing?

You must have this Burger!

Once suspended, jose will not be able to comment or publish posts until their suspension is removed.

Once unsuspended, jose will be able to comment and publish posts again.

Once unpublished, all posts by jose will become hidden and only accessible to themselves.

If jose is not suspended, they can still re-publish their posts from their dashboard.

Once unpublished, this post will become invisible to the public and only accessible to José M. Gilgado.

Thanks for keeping DEV Community 👩‍💻👨‍💻 safe. Here is what you can do to flag jose:

Unflagging jose will restore default visibility to their posts.