Some lessons from the world's largest Blockchain hackathon

Image: Robin Knaapen of team DC Cicero shows off their 10 out of 10 score on code quality at the worlds largest Blockchain hackathon. Image courtesy of Drenthe College.

Last weekend, the world's largest Blockchain hackathon took place in The Netherlands. During 54 hours, 350 participants, organised into 55 teams, competed in five tracks, on one grid, and with zero time to lose.

Also, these teams took responsibility for the quality of the code they were hacking together by executing 2000 code quality checks.

Here is how we made those 2000 checks possible, and how we made sure they helped to accelerate the teams.

An appreciative approach to judging

The hackathon organisers decided to take what they call an “appreciative” approach to the judging process. In their words:

Rather, they facilitated a holistic approach, throughout the event and beyond, in four stages: (1) support, (2) reward, (3) award, and (4) accelerate. A key instrument in this setup is the “Impact Canvas” on which the teams share the wealth of their projects on multiple dimensions. 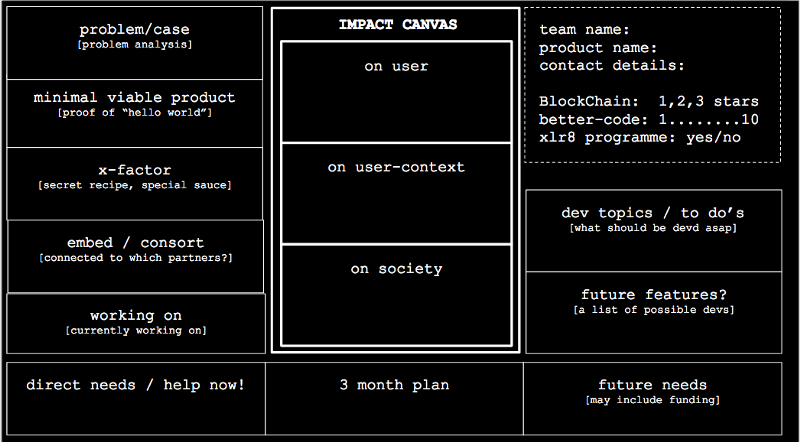 The Impact Canvas template. Space for sharing all dimensions of a great hackathon project. Kudos to Ritzo ten Cate for driving this approach.

Using the canvas, the teams share and discuss with supporters, Jedi, accelerators, and reporters, taking them along on their journey, engaging them, co-creating with them.

How about code quality?

One of the dimensions of a great hackathon contribution is the quality of the solution, including the code. But how can teams collaborate on code quality and share their code quality achievements with others?

For this, we gave them the Better Code Hub:

This is what code quality looks like on some of the Impact Canvases: 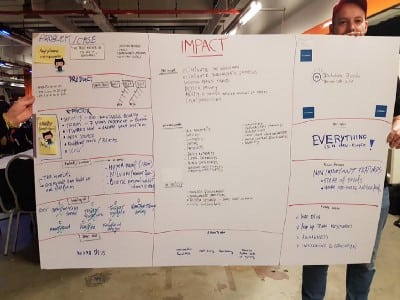 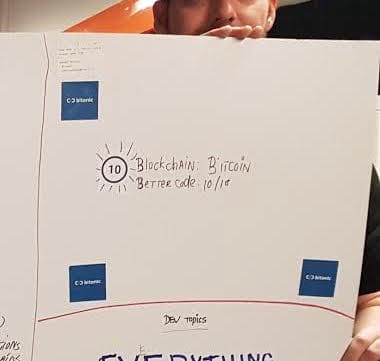 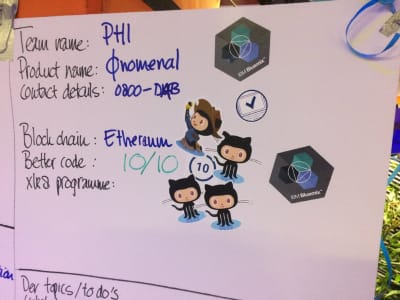 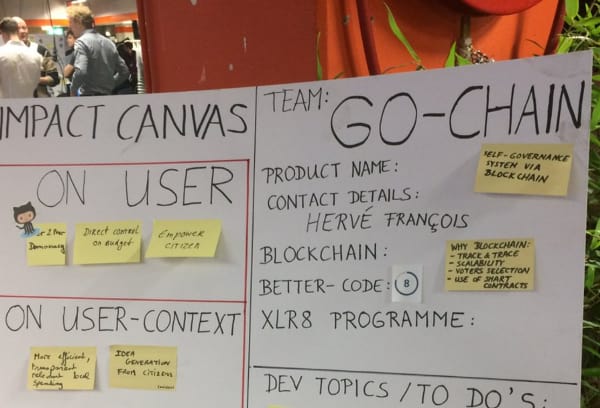 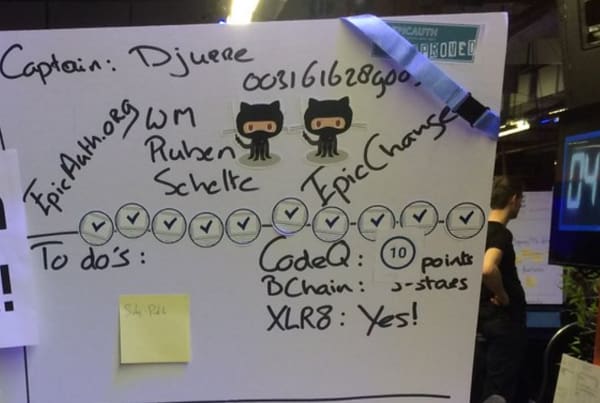 Code quality achievements on the Impact Canvas of sevderal teams at the Dutch Blockchain Hackathon.

Digitally, teams showed off their code quality prowess with GitHub badges that were collected on a scoreboard: 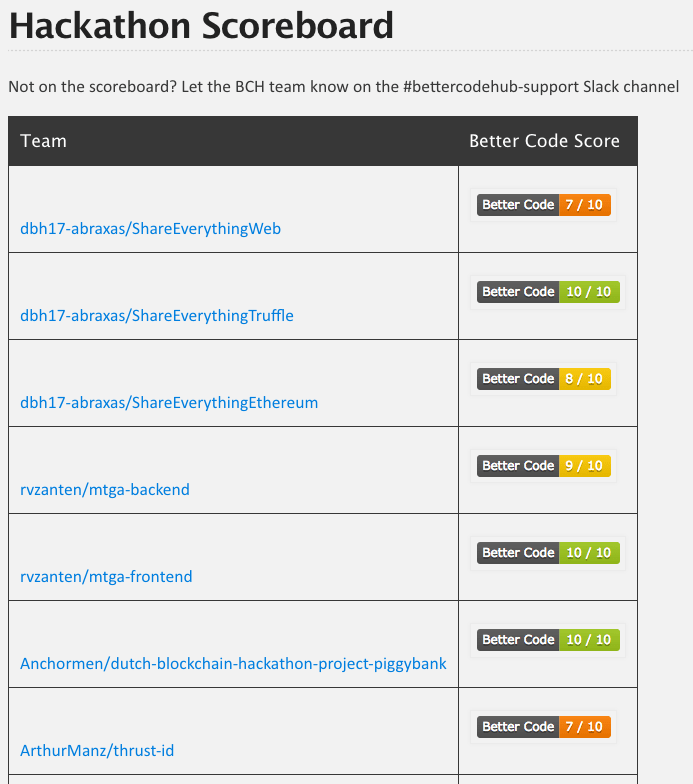 The Better Code Hub badges were collected on a central scoreboard.

So what is the impact of code quality during a hackathon?

We chose not to just measure code quality and feed measurement results to the jury. That would run counter to the “appreciative approach” and have the wrong effect. Instead, we empowered the participants to get code quality right, in a uniform manner, enabling them to show off their code quality achievements as one of the many dimension of their achievement. The effects are as follows:

So, if you are organising a Hackathon, we can recommend an appreciative approach, including an empowering approach to code quality. If you want to learn from our experiences at the Dutch Blockchain Hackathon, we are happy to help.

Introduction to the best way to connect wallet in web3 apps

Once suspended, jstvssr will not be able to comment or publish posts until their suspension is removed.

Once unsuspended, jstvssr will be able to comment and publish posts again.

Once unpublished, all posts by jstvssr will become hidden and only accessible to themselves.

If jstvssr is not suspended, they can still re-publish their posts from their dashboard.

Once unpublished, this post will become invisible to the public and only accessible to Joost Visser.

Thanks for keeping DEV Community 👩‍💻👨‍💻 safe. Here is what you can do to flag jstvssr:

Unflagging jstvssr will restore default visibility to their posts.